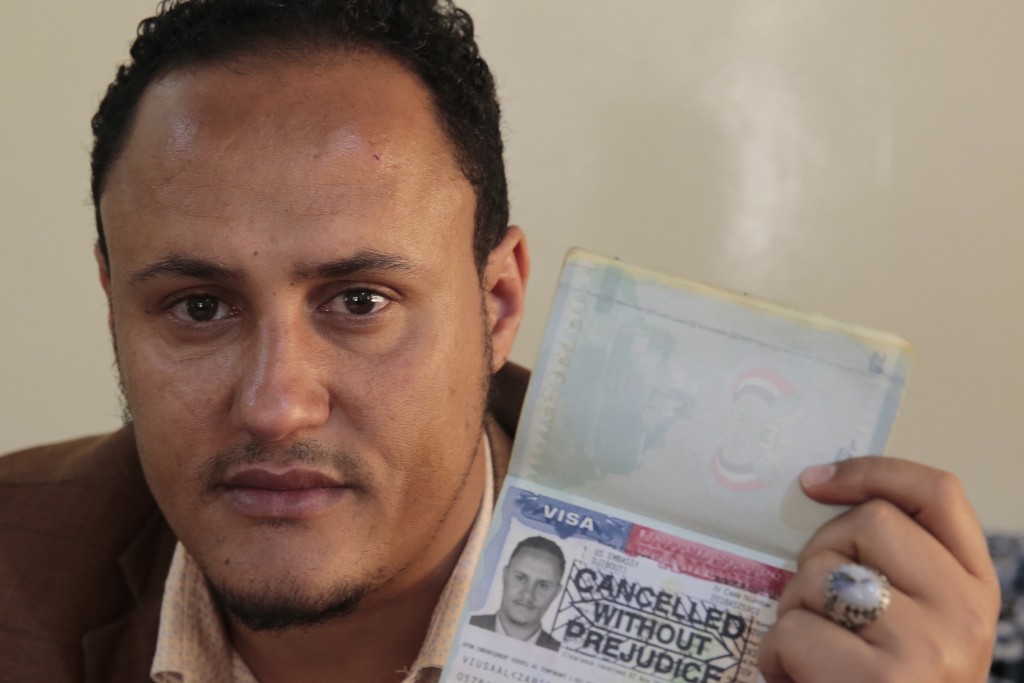 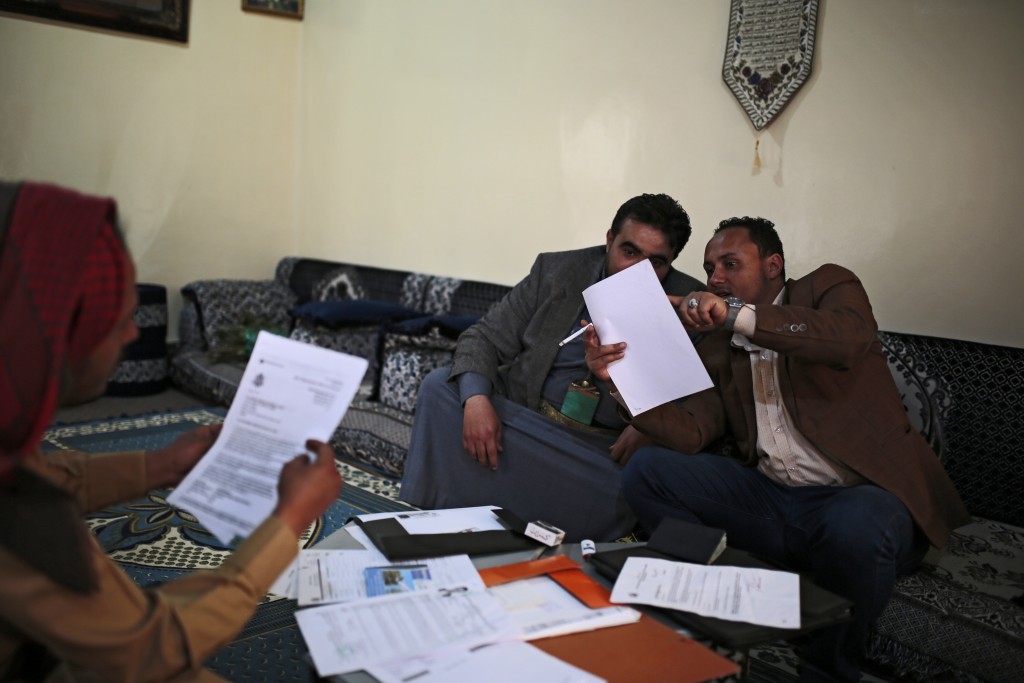 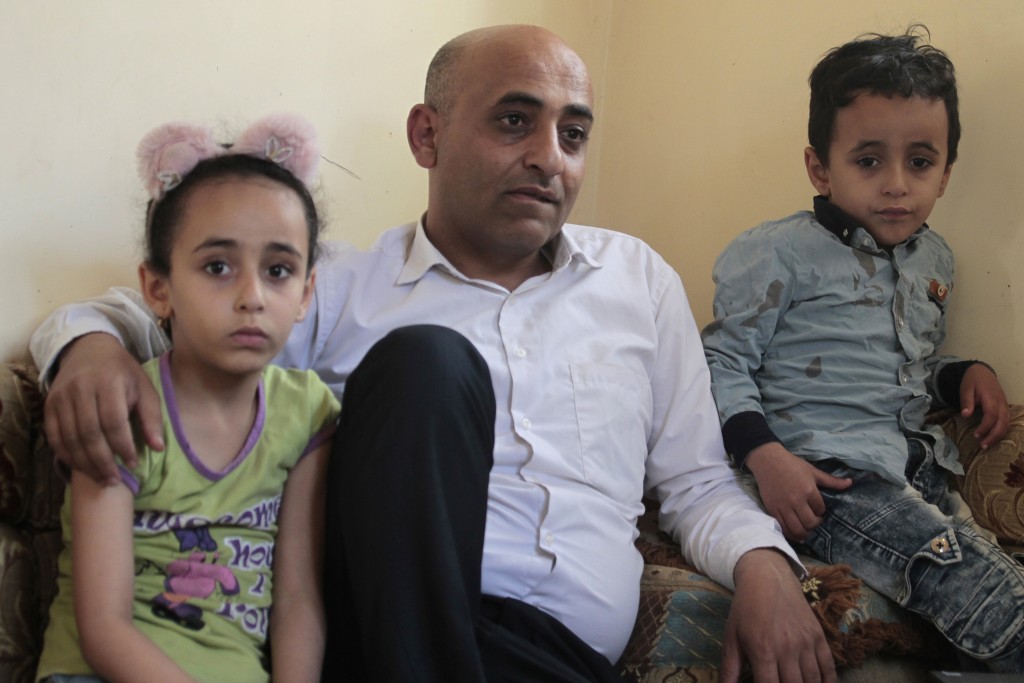 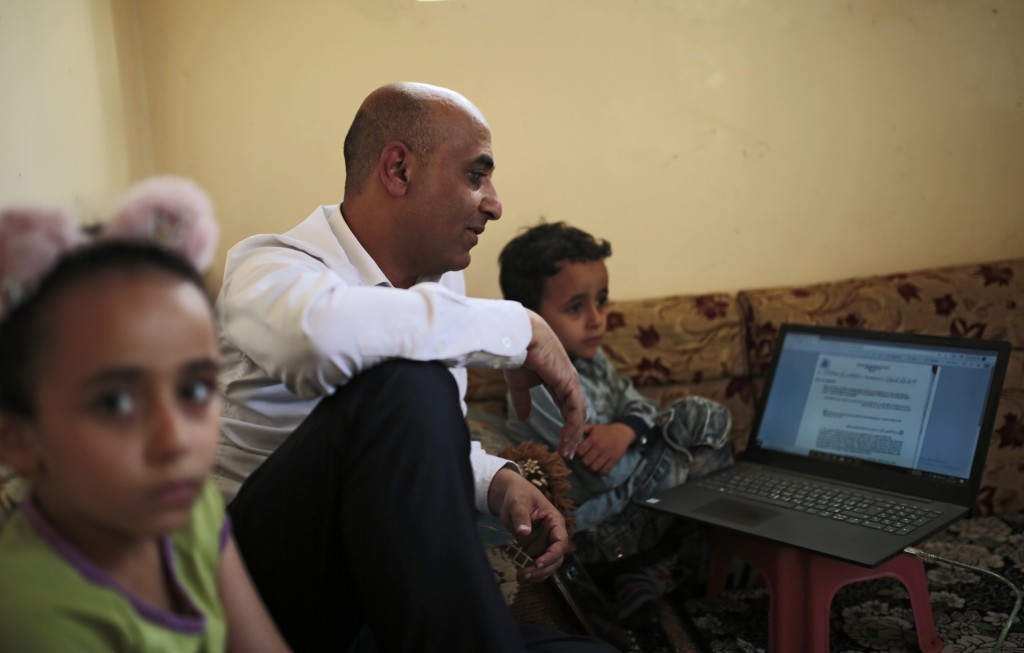 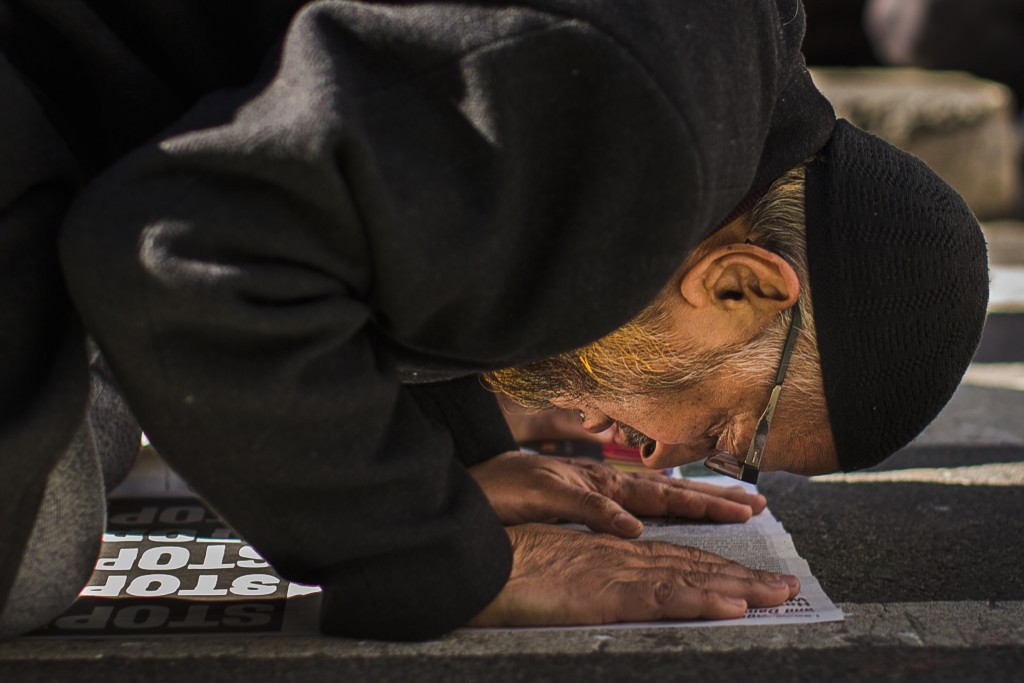 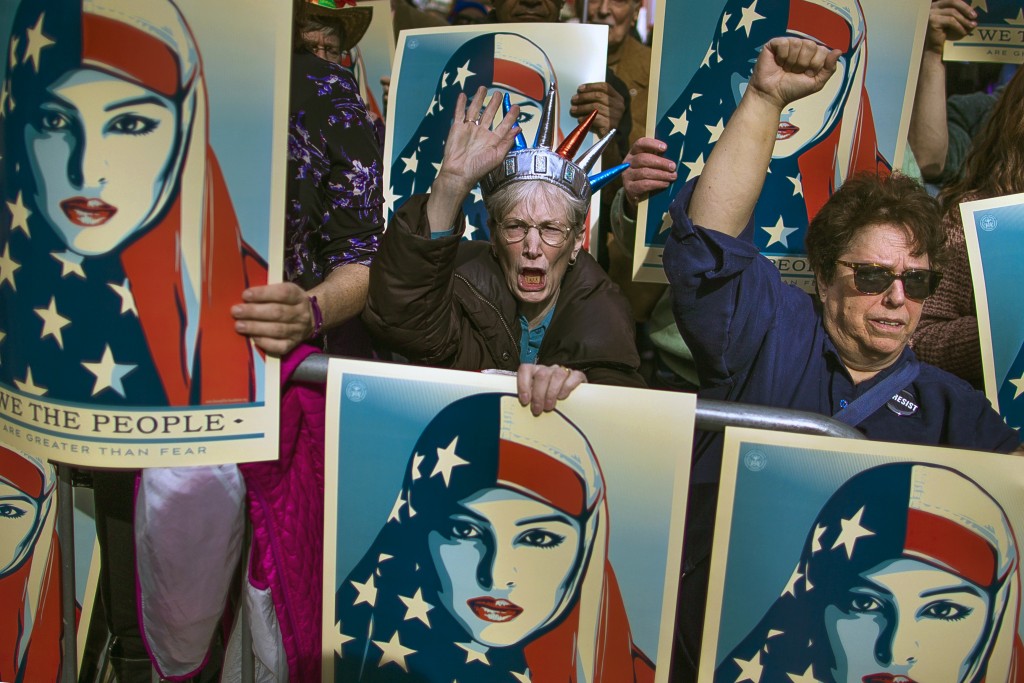 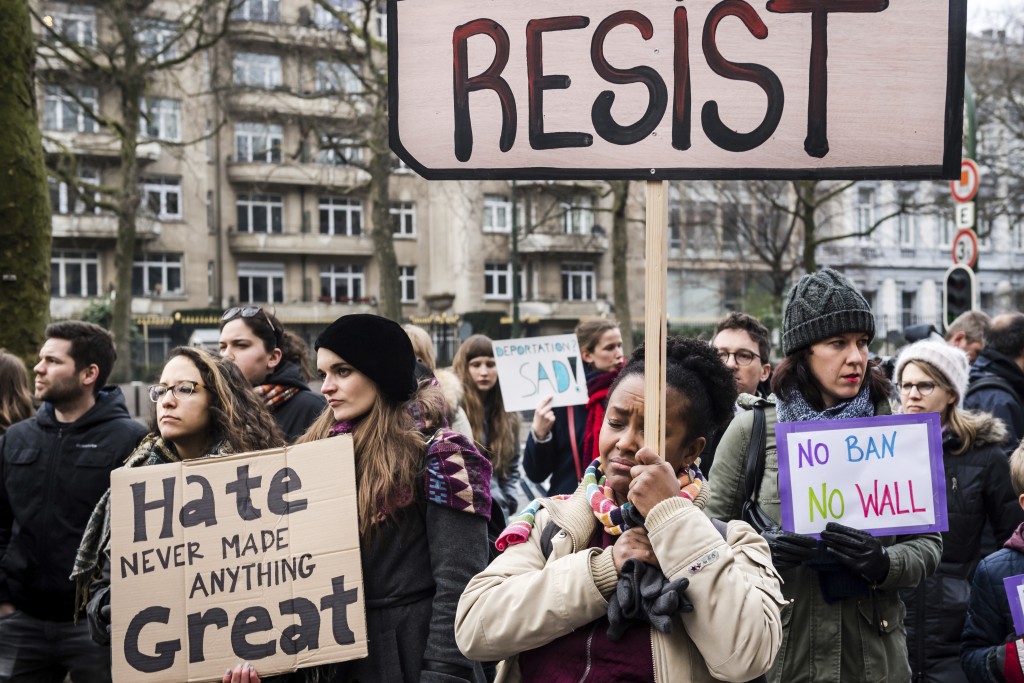 Mohammed Al Zabidi celebrated in 2017 when he learned he had been selected in the U.S. green card lottery, which picks people at random from a large pool of applicants. It was a chance to escape his war-torn homeland of Yemen and pursue his dreams in the United States.

“I won! I won!” Al Zabidi cheered. He borrowed money to finance his trip, bought clothes for his new life in America and packed souvenirs for friends there. With no U.S. Embassy in Yemen, he made a grueling journey to Djibouti for his visa interview.

But there, after he had been initially approved, his luck ran out: “CANCELLED WITHOUT PREJUDICE,” read the bold, black, all-caps stamp on the unused visa in his passport with a Trump administration travel ban on several Muslim-majority nations, including his, in place.

“My family pinned their hopes on me. ... My mother wept; this saddened me the most,” he said.

President Joe Biden’s repeal of the ban on Inauguration Day brought a sigh of relief from citizens in the countries covered by the measure. But amid the celebrations are tales of dreams broken, families separated, savings used up and milestones missed, from births to graduations. And for some, there are worries about whether their opportunities may be gone forever.

The lottery system requires winners be vetted and have their visas in hand by Sept. 30 of the year they are chosen, or they lose out. So Al Zabidi is left wondering whether he'll ever make it to the States to start working there and repay what he borrowed.

“Can we get our visas back? Can we be compensated?" he said. "We don’t know.”

Many of those whose lives were upended must now navigate questions about backlogs, paid fees and travel restrictions due to the pandemic. Advocates for immigration and the rights of Muslims in the U.S. hail Biden’s decision, but also point to the work ahead to get lives back on track and roll back the ban’s legacy.

“The ban advanced the narrative that Muslims, Africans and other communities of color do not belong in America, that we are dangerous threats,” said Mary Bauer, legal director of Muslim Advocates. “Ending the ban was just the first step towards changing that narrative. Next, the Biden administration must clear away other administrative immigration obstacles that are preventing families from reuniting.”

More than 40,000 were refused visas because of the ban, according to U.S. State Department figures. They included not only lottery winners but people trying to visit family, those traveling for business or personal reasons and students accepted to U.S. universities.

Many who were affected by the ban are also being blocked by an April order by former President Donald Trump halting the issuance of green cards to protect the U.S. labor market amid the pandemic.

Biden has not indicated whether he will lift it, and ending the travel ban will mean little if he doesn't, said Rafael Urena, a California attorney.

“Most of my clients don’t have any reason to celebrate because they are still stuck,” Urena said.

They include Mania Darbani, whose 71-year-old mother in Iran was denied a tourist visa to visit her in Los Angeles. In recent days she checked and was told she still can’t go, because of the pandemic order.

“I’m so exhausted by this situation,” said Darbani, 36. “I want to ask President Biden to lift all travel bans and help us. Just please, please, help us.”

“There are embassies closed all over the world because of COVID, so there’s that piece of it,” Waheed said. “But also we’ve seen so many parts of our immigration system stalled and truly eviscerated by the Trump administration, so it is about building those systems back up.”

What is variously known as the “Muslim ban” or the “travel ban” was first imposed in 2017, then retooled amid legal challenges, until a version was upheld by the Supreme Court in 2018. It affected various categories of travelers and immigrants from Iran, Somalia, Yemen, Syria and Libya, plus North Koreans and some Venezuelan government officials and their families. In 2020, immigration curbs affecting several other nations were added.

Trump and others have defended it on national security grounds, arguing it would make the U.S. safer from terrorism. Supporters of the policy rejected the argument that it was rooted in anti-Muslim bias, saying it was aimed at protecting the country.

In reversing the ban, the new administration says it intends instead to strengthen information-sharing with other countries and apply a rigorous, individualized vetting system for visa applicants.

It's not clear whether it'll come too late for Anwar Alsaeedi, also from Yemen, who had hoped to provide his two children with a better future. He rejoiced in 2017 when he was picked for the lottery’s “diversity visa” interview only to be deemed ineligible due to the ban.

“Our country is embroiled in wars and crises and we’ve lost everything,” Alsaeedi said. “Making it to America is a big dream.”

Some whose dreams were dashed ended up seeking them elsewhere.

Moayed Kossa, a Syrian pharmacy university graduate who hoped to start a cosmetics company bearing his family name, had landed a scholarship to study business administration in the U.S. after his country’s civil war drove the family to flee to Jordan. Just days before he was to travel, the U.S. Embassy in Amman summoned him and cancelled his visa.

He ended up studying in Italy instead, and he’s not sure if he will apply again for a U.S. visa even though his brother now lives there.

“It is not always easy,” Kossa said, “to try to open a door that was closed.”