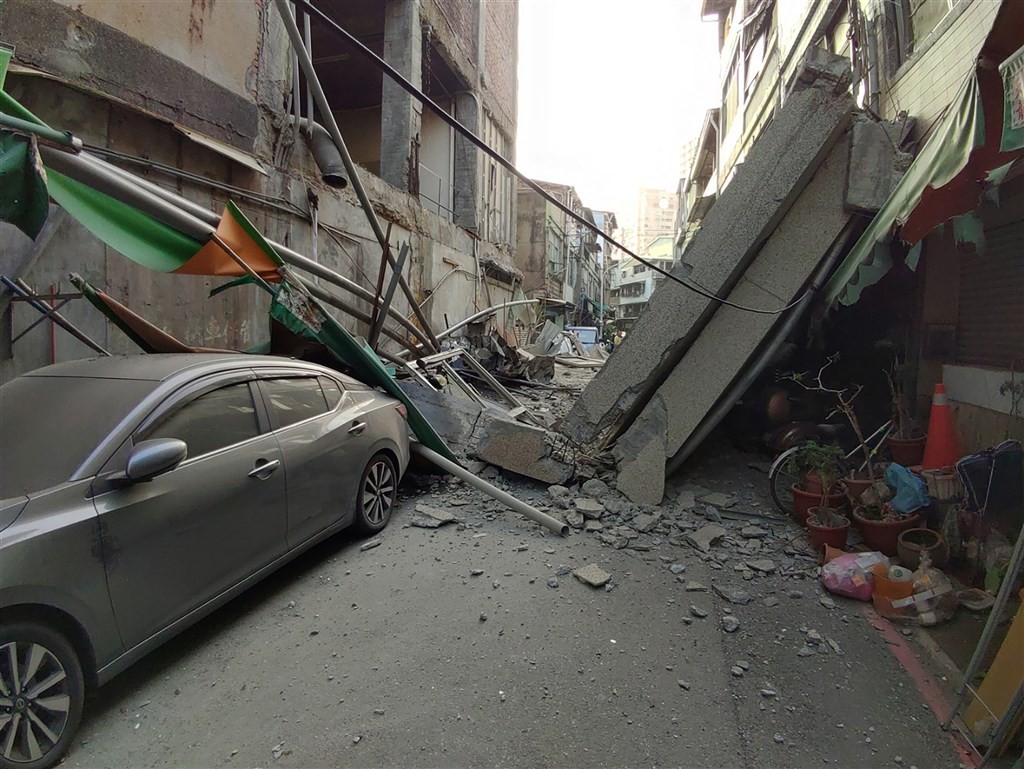 On Thursday afternoon, an old structure collapsed at the intersection of Bade 2nd Road and Tong'ai Street in Kaohsiung's Xinxing District, reported CNA. Police and firefighters were immediately dispatched to the scene and have already rescued one person. Based on an initial investigation, staff at the Public Works Department believed the building is an old abandoned theater and amusement center. Police have cordoned off the area and searched for any trapped persons.

At 3:29 p.m., a magnitude 5.0 earthquake struck 30 kilometers southwest of Taitung County Hall and a shallow focal depth of 8.8 km. Taiwan uses an intensity scale of one to seven, which gauges the degree to which a quake is felt at a specific location. The quake’s intensity registered as a one in Kaohsiung. Officials have yet to determine whether the collapse was caused by the earthquake or not.

The structure that fell at 4:36 p.m. on Thursday was the outer wall of a five-story abandoned theater. A total of 21 persons were evacuated from their residences, but there were no injuries, according to CNA.

The section of the wall that fell was about 15 meters high and 10 meters wide. When the wall collapsed it collided with four houses on the opposite side of the street, trapping one elderly resident inside.

Firefighters quickly arrived on the scene and were able to bring the person to safety. The building has been cordoned off as city officials decide on its fate.