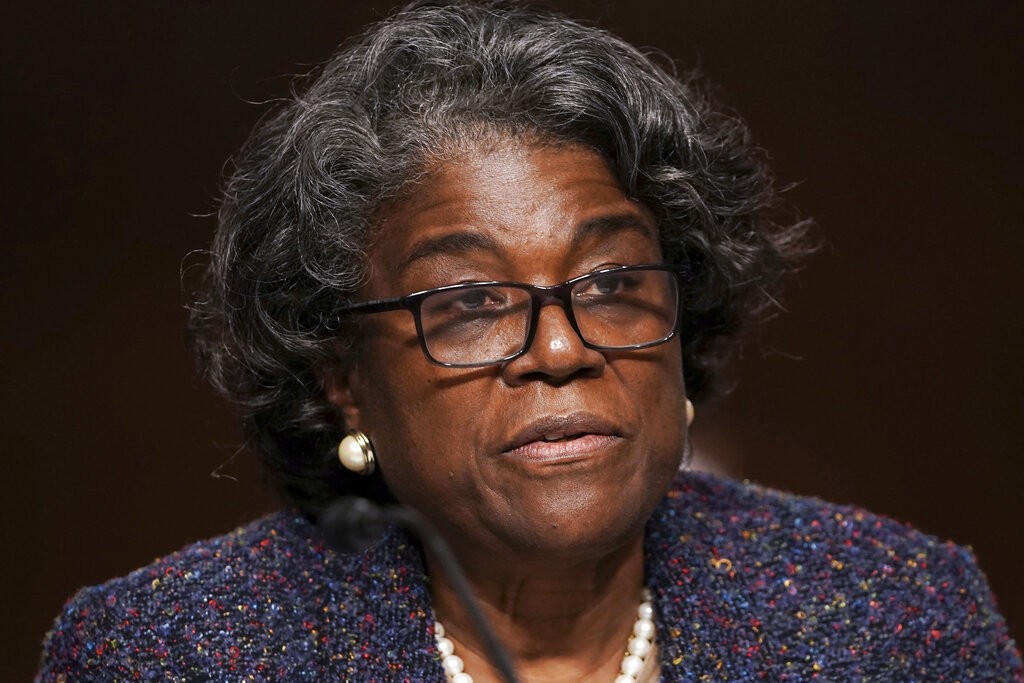 TAIPEI (Taiwan News) — During her confirmation hearing Wednesday (Jan. 27), President Joe Biden's pick for ambassador to the U.N. said Taiwan "is one of the strongest democracies in the [Asia-Pacific] region" and that the U.S. needs to "support Taiwan as a democracy."

Linda Thomas-Greenfield, 69, has worked for the U.S. Foreign Service for 35 years and served as the assistant secretary for the Bureau of African Affairs in the Obama administration, making her the highest-ranking African-American in the State Department at the time.

During the confirmation hearing in the Senate Foreign Relations Committee on Wednesday, Senator Ron Johnson (R-WI) pressed the veteran diplomat to share her stance on China and what the U.S.' relationship with Taiwan should be.

Referring to a controversial speech at a Confucius Institute in 2019 in which she claimed there is no cold war between the U.S. and China, Johnson asked Thomas-Greenfield what relationship she believes exists between the two countries based on Beijing's treatment of Hong Kong and threats to Taiwan.

When Johnson asked her what she believes the American position on the defense of Taiwan should be, she responded by saying that "Taiwan is one of the strongest democracies in the region." She emphasized that the U.S. needs to "support them as a democracy and stand by them as a democracy and provide them the security that they need to push against any efforts by the Chinese to compromise their security."

Johnson asked if that support includes weapons sales to Taiwan. Thomas-Greenfield hedged her answer by first stating, "I have to leave that to the powers who make those kinds of decisions." She then asserted that such sales are likely to continue by saying, "But my guess is yes, that would include providing them with the wherewithal to also support their own security."