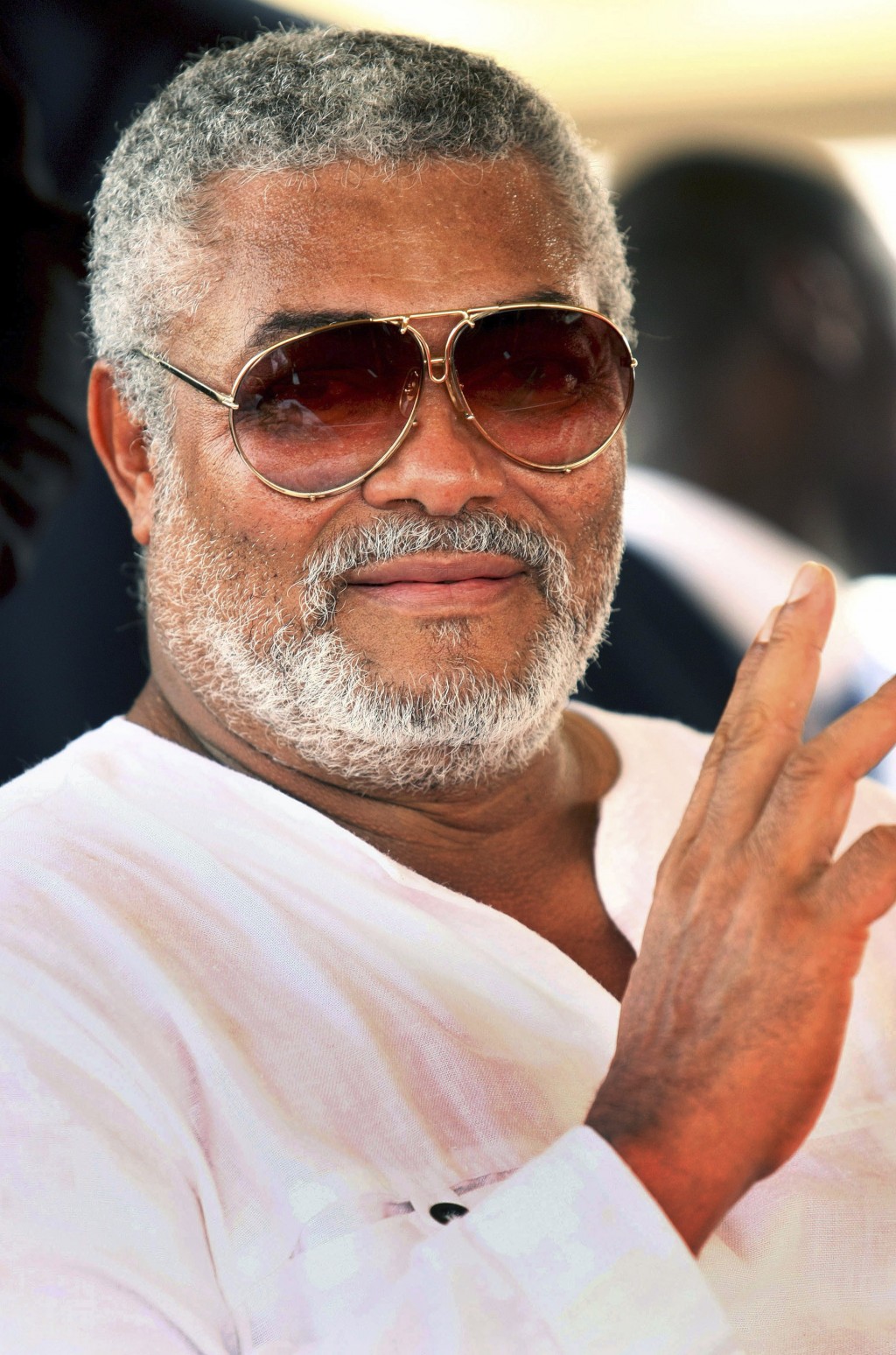 ACCRA, Ghana (AP) — Ghana’s late president Jerry John Rawlings was buried at the country’s military cemetery in the capital after four days of commemorations to mark the death of the former leader who was loathed by some and loved by many in the West African nation.

Rawlings transformed from a military head of state who staged two coups to a democratically elected president who served for 19 years and is credited with laying the foundation for peaceful elections and transfers of power in Ghana.

At the age of 73, Rawlings died on Nov. 12, after a short illness at the Korle Bu Teaching Hospital in the capital, Accra.

His casket was paraded through the main streets in Accra Wednesday before his burial at the military cemetery at Burma Camp, the headquarters of Ghana’s armed forces.

In a tribute Wednesday, Ghana’s President Nana Addo Dankwa Akufo-Addo recalled the country’s political past saying it “culminated in the emergence of President Rawlings in the political space,” adding that he was “charismatic, energetic and fearless” and won “admirers and lifelong enemies."

Akudo-Addo said it was not a secret that there was “open animosity” between him and Rawlings and they did not see eye to eye. “However with time, things changed,” he said.

“One thing we had in common is the commitment to public service,” Akufo-Addo said, adding that Rawlings helped to make Ghana's democracy “stable in our history for all his revolutionary antecedents,” which established two-term presidencies and orderly transfers of power.

The National Democratic Congress, the party Rawlings founded and through which he won power in the 1992 election, said the late president “is a legend in Ghana’s history,” adding that, “this was due to his commitment to promote those marginalized in society.”

The party's tribute read by a leading member, Hudu Yahaya, who said the president was intolerant of corruption.

Yahaya said that Rawlings was a true son of Africa who loved peace and helped to promote peace in Liberia, Sierra Leone and Rwanda. He was appointed by the United Nations to work for peace in Somalia.

Rawlings was born in 1947 to a Scottish father and a Ghanaian mother, who only died in September last year at the age of 101. Rawlings, who trained as an air force officer, came to power in 1979 after leading a coup, and soon after transferred power to civilian rule.

In December 1981, he staged a second coup and was Ghana’s military leader until he introduced multi-party elections in 1992 that returned the country to democracy. He won the elections and was sworn in as president in 1993 and served two elected four-year terms, leaving office in 2001.

His widow, Nana Konadu Agyeman-Rawlings, said that “he was a caring husband who did all manner of house chores before going to work.”

Ghana commemorations for Rawlings lasted four days, beginning Sunday with a service at the Holy Spirit Cathedral. On Monday and Tuesday his body lay in state at the Accra International Conference Centre where the family and various groups could pay their last respects.

In addition to his wife, Rawlings is survived by three daughters: Zanetor Rawlings, Yaa Asantewaa Rawlings, Amina Rawlings; and one son, Kimathi Rawlings.