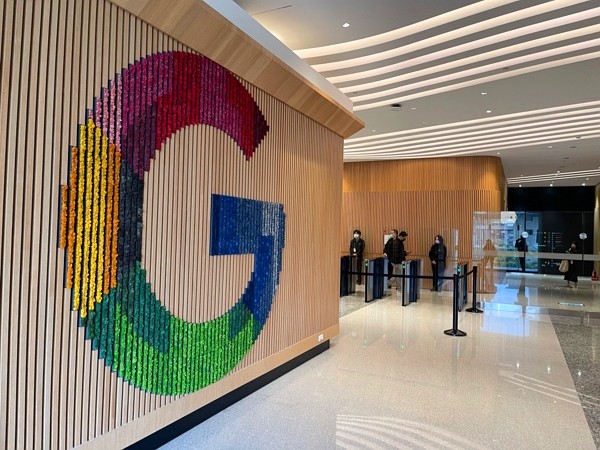 TAIPEI (Taiwan News) — Google officially opened the doors of its New Taipei office on Wednesday (Jan. 27) and will use the new space as its largest hardware development center outside the U.S.

The new office complex, which is located in Taipei Far Eastern Telecom Park (Tpark) in New Taipei City's Banqiao District, has 16 floors and is only a 20-minute drive from Google's office in Taipei 101. It features a product exhibition area, gym, massage room, game room, coffee bar, rest area, and an all-you-can-eat buffet for employees.

During a press event, Google said that during its 15 years of operations in Taiwan, the country has become one of its largest development centers in Asia. The number of its employees in Taiwan has increased tenfold to 2,000 in the last five years, the company said.

Google pointed out that it is planning to hire several hundred more employees in the country, with an emphasis on women and people from underprivileged communities. It also revealed its plan to set up another office in Tpark by 2023.

Meanwhile, Google announced that it will offer internship programs in manufacturing engineering, project management, and Google Cloud software engineering for the first time this year. New interns will be selected from a pool of students from 50 Taiwanese universities through online interviews by the end of the year.

Google Vice President of Hardware Elmer Peng (彭昱鈞) thanked the Taiwanese government for its effective public health response to the coronavirus pandemic. He said it is exciting to see the nation evolve into one of Google's main strongholds and that the company looks forward to hiring more Taiwanese and international talent, reported CNA.