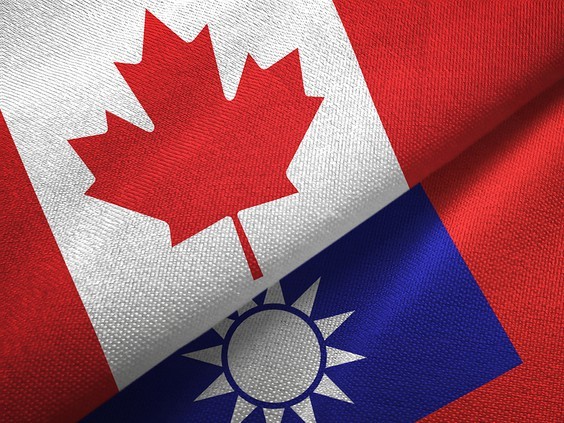 TAIPEI (Taiwan News) — The online magazine Open Canada on Monday (Jan. 25) published an article calling on Ottawa to do more to support Taiwan on the international stage.

In the article, titled “Why Taiwan needs Canada’s support," freelance journalist Susan Korah argued that Canada and other democratic nations must “wake up” to the danger of Taiwan collapsing under China’s political and military expansionism. This would mean the “end of freedom” for Taiwan’s nearly 24 million people and be another blow to the “rules-based international order and to global democracy,” Korah stated.

Korah said that China’s authoritarian approach to dealing with Hong Kong is a clear indication of its ambitions for Taiwan. Hong Kong's national security law, which came into effect on June 30 of last year, “effectively reduced Hong Kong from a semi-autonomous entity to a province of China.”

Korah said that with Beijing’s detainment of over 50 Hong Kong democracy activists, Taiwan recognizes that China’s suppression of freedom in that city “bodes ill for its own sovereignty.” As a result, she noted Taiwan had asked Canada and other democracies to make a stand, including by sanctioning Chinese Communist Party officials involved in the crackdown.

Korah then stated that there are many things Canada can do to help Taiwan boost its international status. This would “reinforce to China that some countries acknowledge and value Taiwan’s independence,” she added.

The journalist recommended that Canada persuade other signatories of the Comprehensive and Progressive Agreement for Transpacific Partnership (CPTPP), such as Australia, Mexico, and Japan, to include Taiwan in the trade pact.

Allowing Taiwan into the CPTPP would strengthen the nation’s economic independence, Korah said. Furthermore, Taiwan would be a major market for Canadian commodities, and it could sell high-tech products such as its semiconductors that Canada currently buys from other countries.

Korah also said that the Canadian government must “reiterate forcefully” its call for Taiwan to be granted observer status at the World Health Assembly and to receive full membership in the International Civil Aviation Organization.

Canada’s prosperity and influence in the world, Korah claimed, “depends on an international order anchored in democracies.” She concluded that amid immense pressure from Beijing, it is in Canada’s national interest to support the East Asian nation.