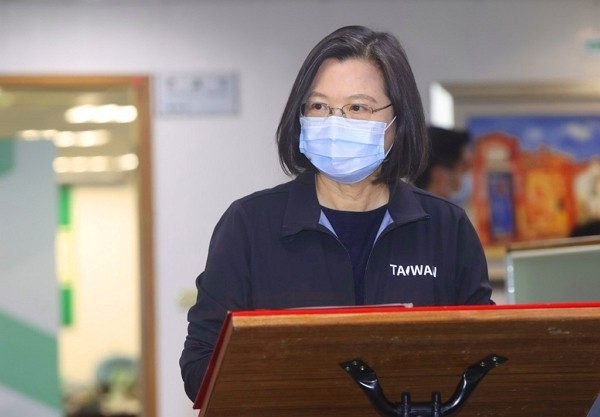 TAIPEI (Taiwan News) — The approval rating for President Tsai Ing-wen (蔡英文) has fallen slightly this month but is still above 50 percent, according to a poll released on Tuesday (Jan. 26).

The Taiwan Public Opinion Foundation (TPOF, 台灣民意基金會) poll found that 51 percent of Taiwanese were satisfied with Tsai's performance, 37.4 percent were unsatisfied, and 16.1 percent had no comment. A new 13-month low, the percentage of respondents satisfied with the Tsai administration was down 1.5 percentage points from December.

Meanwhile, public satisfaction with Premier Su Tseng-chang (蘇貞昌) was at 52 percent, with 42 percent of respondents indicating that they disapproved of his performance. Although his approval rating remained above 50 percent, it has declined by 13.5 percent over the last four months.

Opinion pollster and TPOF Chairman You Ying-lung (游盈隆) said both Tsai and Su have seen their satisfaction ratings tumble over the last few months. He said the decline was likely caused by the government's decision to allow U.S. pork imports containing the controversial feed additive ractopamine late last year.

On the other hand, the two Taiwanese officials benefited from the country's effective management of the coronavirus pandemic despite the recent domestic cluster at Taoyuan General Hospital, according to former Tainan County Magistrate Su Huan-chih (蘇煥智). He said the ongoing U.S.-China tensions and worsening situation in Hong Kong have also contributed to public support for the Tsai administration, reported New Talk.

The survey was conducted by the TPOF from Jan. 18-19. The poll gathered valid responses from 1,081 adults over 20 years of age via telephone and had a sampling error of plus or minus 3 percent with a confidence level of 95 percent.