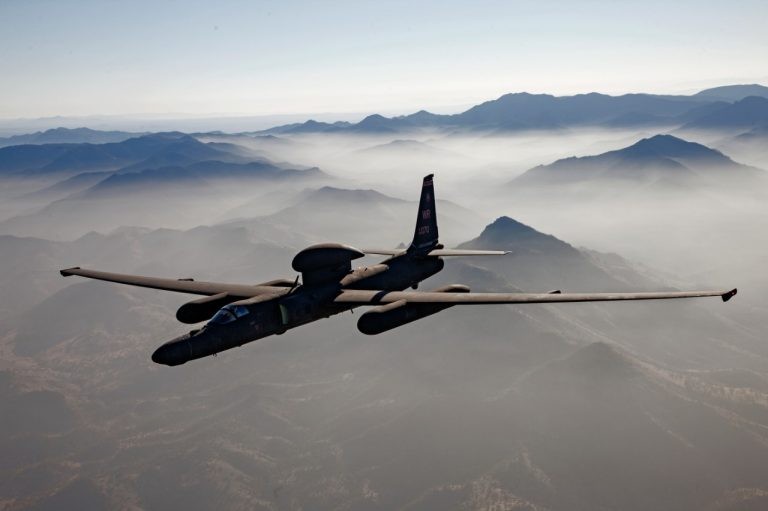 At 8:20 a.m. on Monday, Twitter user "Ketagalan" detected the signal of a U-2S with the Mode-S hex code AE0962 having taken off from South Korea, and at 8:33 a.m. it was spotted near the northeast corner of Taiwan's ADIZ, off the coast of Yilan. Thirty-four minutes later, Ketagalan detected the signal of a Shaanxi Y-8 anti-submarine aircraft with the Mode-S hex code 7A431A. Both aircraft would be spotted multiple times in Taiwan's ADIZ for the rest of the morning and into the afternoon.

At 9:22 a.m., aircraft watcher Viper reported a U-2 spy plane sortie over the South China Sea and wrote, "things are truly heating up." Twelve minutes later, the plane enthusiast Aircraft Spots announced that a USAF U-2S Dragon lady with the registration number 80-1087 had taken off from Osan U.S. Air Force Base in South Korea and had entered the South China Sea through the Bashi Channel.

By 9:55 a.m., the Beijing-based South China Sea (SCS) Probing Initiative reported the U-2S was spotted to the east of Taiwan and had come "as close as 22.55NM off the coastline." It claimed the spy plane had entered the South China Sea at 9:09 a.m. that day.

Ketagalan at 11:18 a.m. displayed a map showing the Chinese military aircraft flying in the southwest corner of Taiwan's ADIZ. At 1:15 p.m. on Monday afternoon, aircraft spotter CANUK78 spotted the U-2S Dragon lady flying on a northward path through the Bashi Chanel and just off Taiwan's southernmost tip of Eluanbi and Ketagalan confirmed this flight path, saying it was returning to South Korea to "eat kimchi."