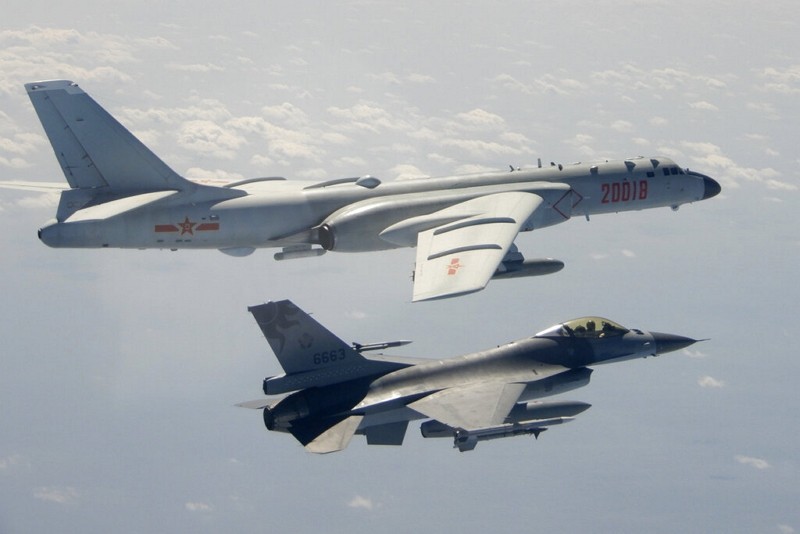 According to the Ministry of National Defense, 15 Chinese military planes intruded into Taiwan’s ADIZ on Sunday. Also, 13 Chinese aircraft entered the identification zone on Saturday.

Lin Ying-yu (林穎佑), an assistant professor at the Institute of Strategic and International Affairs at National Chung Cheng University, said the People’s Liberation Army Air Force (PLAAF) maneuvers were in a similar vein to Taiwan’s Lunar New Year combat readiness exercises, but were primarily targeted at the U.S. Lin noted there were three major reasons behind the ADIZ incursions: diplomatic, military, and “transfer of internal pressure," CNA reported.

In terms of diplomacy, Lin pointed out that Beijing wanted to convey to Washington that no matter which party is in the White House, Democrat or Republican, China’s policy toward Taiwan will never change.

Militarily, the exercises were in response to the USS Theodore Roosevelt strike group conducting operations in the South China Sea on Saturday. Lin speculated the strike group’s training may have included submarines, thereby explaining why Chinese H-6K bombers were seen armed with anti-ship missiles.

Regarding internal pressure, Lin said that Beijing hoped to divert attention from a recent spate of COVID-19 outbreaks across China. By conducting military operations, it would demonstrate to its citizens the PLAAF has not suffered from the epidemic and is still able to fight.

Chang also pointed out that although the H-6K bomber is a slow aircraft, it is a variant designed for offensive missions with a maximum range of up to 5,000 kilometers. The presence of such a plane proves the PLAAF has transformed from a defensive air force to an offensive one, he stated.

The retired commander said that China’s ADIZ operations were “obviously targeted toward the U.S.” and were meant to “militarily intimidate Taiwan.”

Chang suggested that Taiwan must avoid any incidents that could spark an all-out war. He then said that Taiwan’s fighter planes responding to ADIZ intrusions must undergo comprehensive safety and maintenance inspections to prevent any accidents.