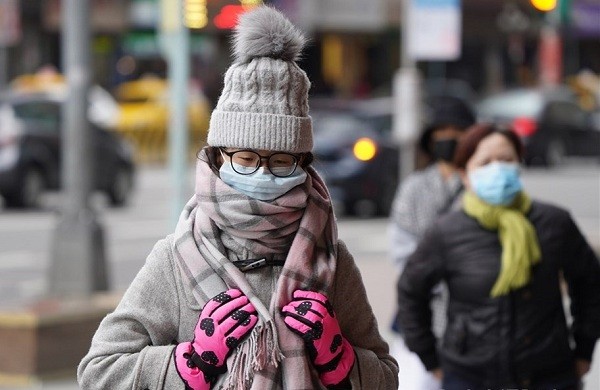 TAIPEI (Taiwan News) — Stable weather is expected for the western portion of Taiwan from today (Jan. 24) to Wednesday, while chances of occasional showers are forecast for the east during the same period, meteorologist Daniel Wu (吳德榮) said on Sunday.

Wu said that due to a cold, dry air mass sweeping the country from north to south and the effect of radiative cooling, temperatures across Taiwan this morning dropped 2 – 3 degrees Celsius compared to yesterday morning, CNA reported. Noting that the cold air currently affecting Taiwan is weak, the meteorologist warned of sharp diurnal temperature variations.

Even though the weather will be comfortable under the sun in the daytime, temperatures of about 12 degrees are expected for low lying areas on Monday morning and Tuesday morning, he said.

Another cold air mass will arrive in Taiwan on Thursday (Jan. 28), causing the mercury to fall sharply and bringing occasional showers to areas north of Taoyuan and the east, Wu added. The cold air will continue to hang over the country on Friday and Saturday, with lows around 9 degrees expected for low laying areas and 11 - 12 degrees for the metropolitan areas in the north.