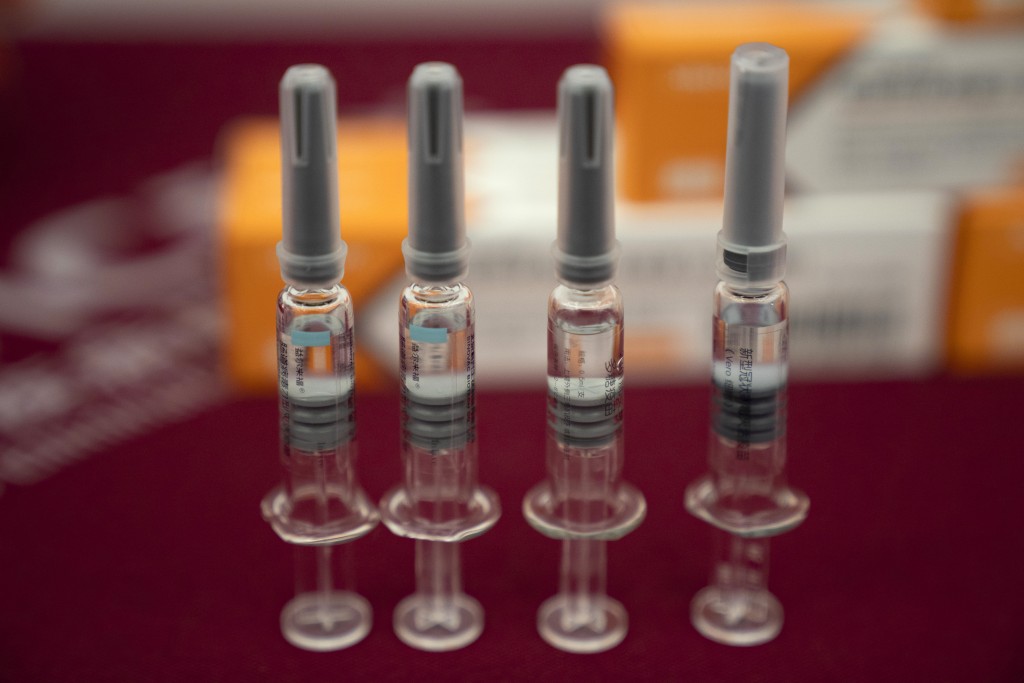 TAIPEI (Taiwan News) — After inconclusive reports of the effectiveness of Chinese-made COVID-19 vaccines in local trials, China's state media is trying to raise public confidence in its jabs by saying the negative coverage from Western news outlets is politically driven.

Several countries have struck deals with Sinovac, including Singapore, Malaysia, Indonesia, and the Philippines. Turkey authorized CoronaVac on Jan. 13, and its president, Recep Tayyip Erdogan, later received the shot.

Brazil agreed to administer CoronaVac on an emergency basis. However, despite China's initial claim the vaccine had a 78-percent efficacy rate in clinical trials, researchers in Brazil adjusted that figure to 50.4 percent after including more data — a result that was widely reported, as it barely meets the 50-percent threshold set by the World Health Organization.

Amid mounting mistrust in Chinese vaccines, China's state-run mouthpiece the Global Times argues that Western media are exaggerating the adverse side effects of Chinese vaccines, alleging that the U.S.-made Pfizer vaccine poses more of a risk. The outlet sought to justify this by referencing 29 elderly Norwegians with serious underlying health conditions who died not long after receiving the Pfizer shot.

Unlike CoronaVac, which uses dead viral particles to develop immunity, Pfizer's product is an mRNA vaccine, which has never before been approved for any disease. Common side effects include fever, fatigue, muscle aches, and headache. Severe allergic reactions occur in rare cases.

The Global Times pointed out that the West's mass inoculations with Pfizer vaccines amount to an ongoing, large-scale human trial — a risky but necessary decision to save more lives. The tabloid claims this is why the deaths of the 23 Norwegians have not been taken seriously by mainstream media.

Facing skepticism over its product's inconsistent efficacy rate, Sinovac stated that its two-dose vaccine would be more effective if administered over a longer interval. The company claimed that nearly 1,400 of the 13,000 people who took part in clinical trials for CoronaVac had received their doses three weeks apart, while the volunteers in Brazil had gotten the second shot after only two weeks.

The company further stated that the trial participants in Brazil were medical workers who frequently expose themselves when interacting with COVID-19 patients. Sinovac added that its vaccine could protect these people significantly more if the two jabs are received between 21 and 28 days apart.

China is currently not allowing the elderly and people with certain health conditions to be vaccinated, but it has permitted companies to buy more than 100 million vaccines from BioNTech, the Pfizer vaccine's co-creator. Some believe this shows the Chinese authorities have doubts over their own vaccines, especially when it comes to administering them to their leaders.