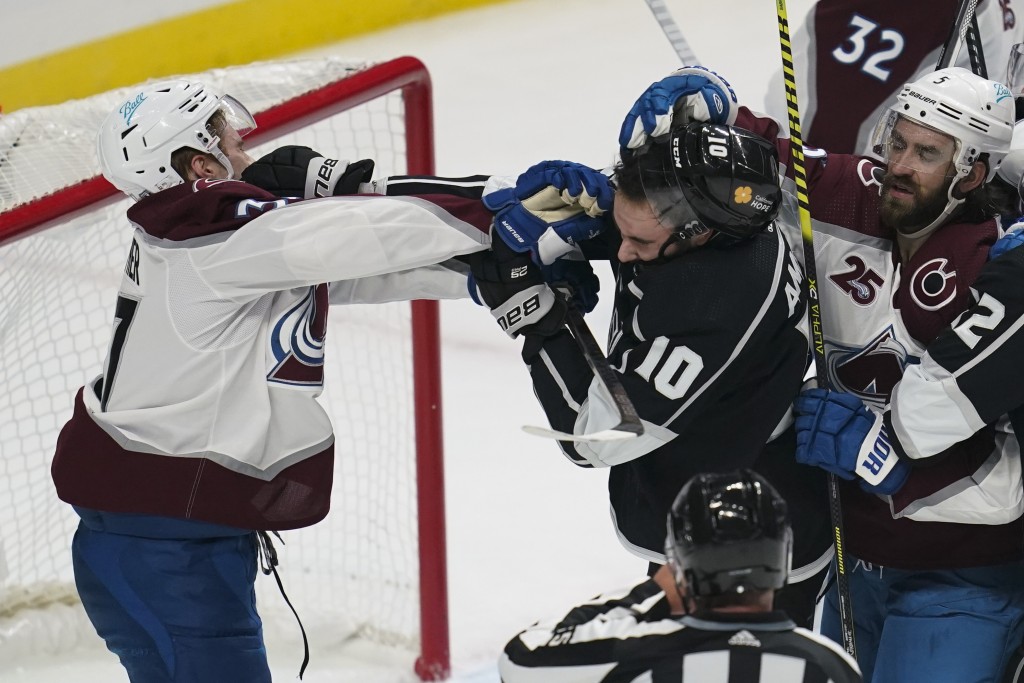 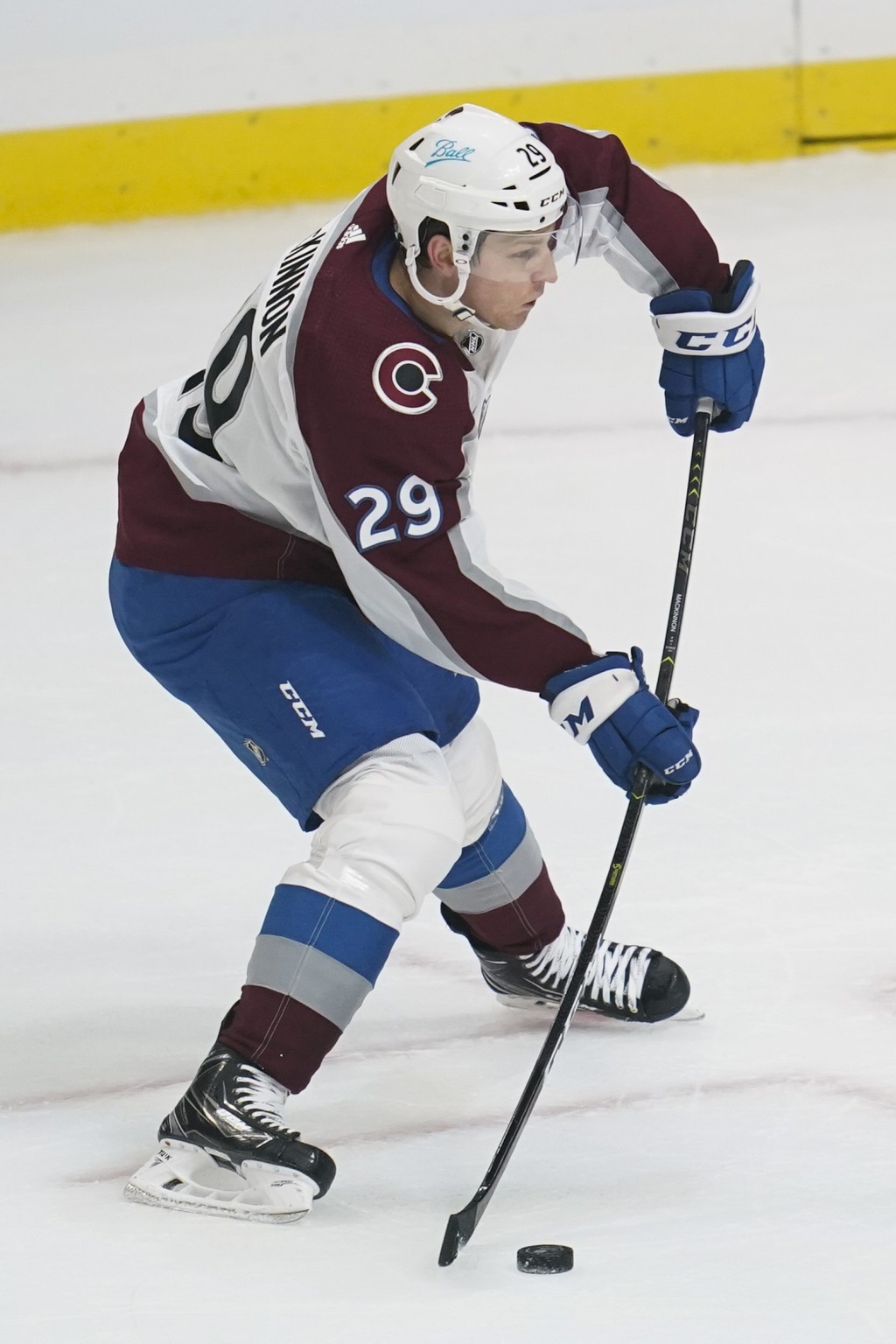 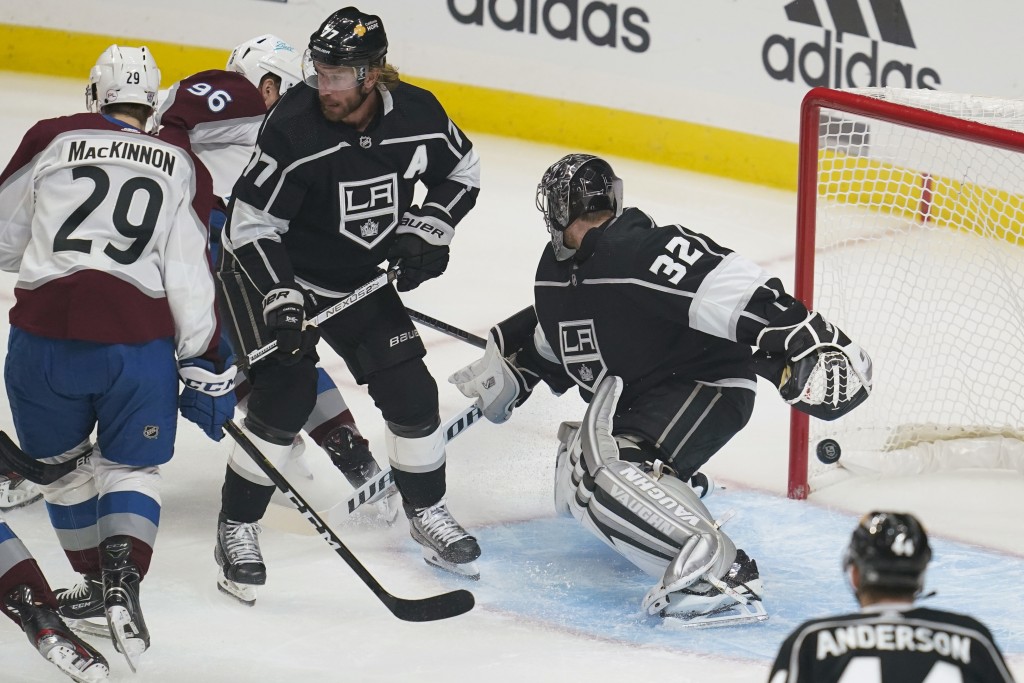 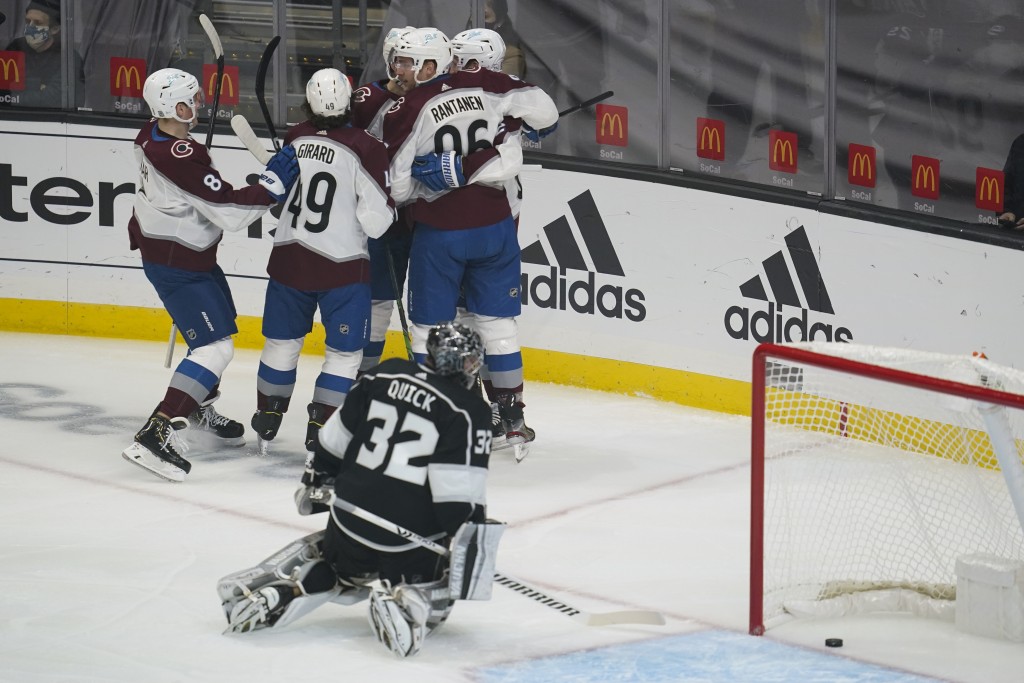 LOS ANGELES (AP) — Adrian Kempe’s goal with 3:50 remaining was the winner as the Los Angeles Kings rallied from a two-goal deficit to beat the Colorado Avalanche 4-2 Thursday night for their first win of the season.

Kempe, who was moved to the top line, took a centering pass from Anze Kopitar and beat Hunter Miska in front for his second goal of the season. The Kings added another when Blake Lizotte scored his second of the season into an empty-net with 42 seconds remaining.

Mikko Rantanen and Nathan MacKinnon each had a goal and an assist for Colorado (2-2-0). Miska made 23 saves in his first NHL start

Miska's only other NHL appearance came on Nov. 13, 2018, for Arizona, when he played the final 18:16 at Detroit and allowed one goal on nine shots.

After Rantanen's one-timer opened the scoring at 4:49, MacKinnon put Colorado up by two with 45 seconds remaining in the first when he went top shelf on Quick's wrist side for a power-play goal.

The Kings tied it with a pair of power-play scores in the second period. Doughty had a one-timer from the right faceoff circle at 3:35 while the Kings had a two-man advantage. Vilardi evened it with 2:10 remaining in the period when he beat Miska top shelf on his glove side.

Avalanche: D Bowen Byram, who was the fourth overall pick in the 2019 draft, made his NHL debut. ... MacKinnon and Rantanen extended their points streak to three games. MacKinnon has two goals and five assists during that span while Rantanen has five points (three goals, two assists).

Kings: C Andreas Athanasiou had the second assist on Vilardi's goal and has a point in each of his first four games with LA (three goals, one assist).

Avalanche: Continue their road trip with two games against the Anaheim Ducks on Friday and Sunday.

Kings: Kick off a four-game road trip against the St. Louis Blues on Saturday.