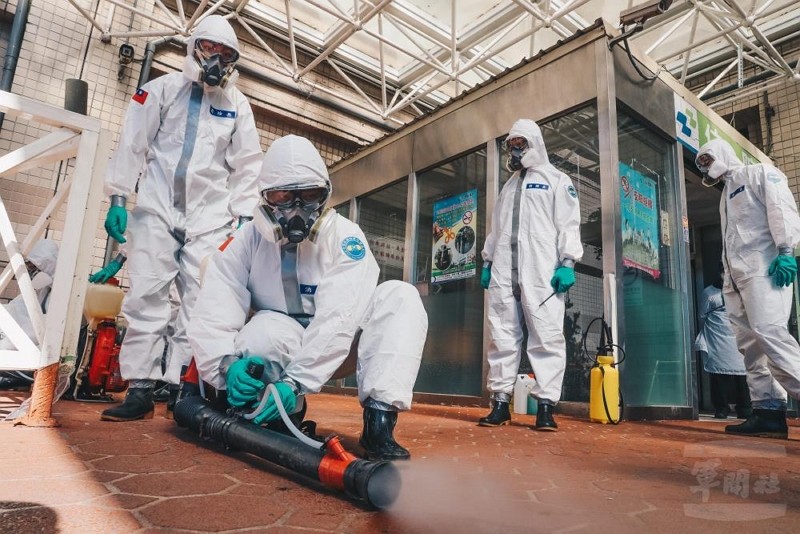 TAIPEI (Taiwan News) — A spokesperson for the ruling Democratic Progressive Party (DPP) has lashed out at the opposition party KMT for “political maneuvering” amid a brewing COVID-19 cluster in Taoyuan.

Several counties led by KMT magistrates, including Miaoli, Yunlin, and the island counties of Penghu and Kinmen, have issued an advisory warning government officials not to visit Taoyuan. The northern city is the epicenter of a coronavirus outbreak stemming from Taoyuan General Hospital.

DPP Spokesman Liu Kang-yen (劉康彥) on Thursday (Jan. 21) lambasted the KMT for discriminating against their countrymen while the real enemy should be the virus. Home to Taiwan’s largest airport, Taoyuan is a national gateway and shoulders more of the medical burden in the effort to control COVID, CNA quoted him as saying.

The last thing Taiwan needs is isolating specific municipalities and fearmongering, Liu said. He urged people to fight with unity during the biggest crisis to face the country since the disease broke out last year.

KMT Spokesperson Chen Wei-chieh (陳偉杰) retorted that the four magistrates’ cautioning against unnecessary trips to Taoyuan is justifiable amid the heightened transmission risk. Even the Ministry of National Defense (MND) has told military service people to avoid visiting Taoyuan, he added.

Disinfection involving chemical warfare troops has been conducted in the city on a massive scale this week. Taoyuan Mayor Cheng Wen-tsan (鄭文燦) has pleaded for public empathy and support for the city, which has been responsible for treating one-fourth of the country’s over 800 COVID patients so far.

Dining businesses in Taoyuan have been suffering from canceled reservations amid growing public fear. The General Chamber of Commerce of the Republic of China said Thursday it would deliver 100 bento boxes to workers at Taoyuan General Hospital every day as an expression of support, wrote Newtalk.