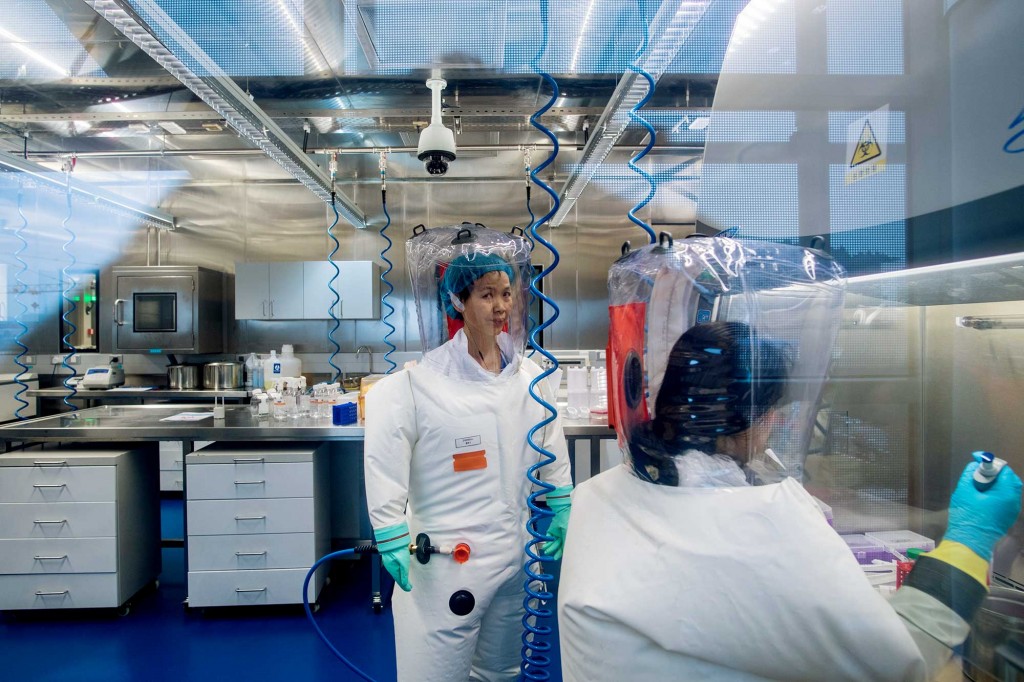 TAIPEI (Taiwan News) — Although China labels the suggestion that COVID-19 may have leaked out of the Wuhan Institute of Virology (WIV) as a conspiracy theory, the head scientist in that very lab published a paper a decade earlier on a documented lab leak that occurred in Yunnan.

The director of the Center for Emerging Infectious Diseases at WIV, Shi Zhengli (石正麗), also known as "Bat Woman," has since 2007 been researching how spike proteins in natural and chimeric SARS-like coronaviruses bind to the ACE2 receptors in the cells of humans, bats, and other animals. Since 2014, she and her team have carried out dangerous gain-of-function (GOF) experiments with bat coronavirus chimeras.

In 2019, a member of Shi's team, assistant researcher Hu Ben (胡犇), embarked on high-risk GOF research on coronaviruses and chimeras in humanized mice from the lab of American microbiologist Ralph S. Baric of the University of North Carolina. According to a researcher who goes by the pseudonym Billy Bostickson, "This research involved 'novel' bat coronaviruses inoculated into immuno-suppressed mice with humanized features, such as hACE2, and possibly humanized lungs, bone marrow, etc..."

Since the outbreak of COVID-19 later that year, Shi has repeatedly denied allegations that the virus leaked from her lab, claiming she had tested all of their samples without finding an exact match for the strain of the virus that has infected humans. Instead, Shi posited that the "coronavirus is nature punishing the human race for keeping uncivilized living habits" and said, "I swear on my life that it has nothing to do with our laboratory," reported Caixin.

However, in 2010, Shi published a paper describing a scenario in which infected rodents led to a deadly virus being leaked from a Chinese lab. The paper, titled "Hantavirus outbreak associated with laboratory rats in Yunnan, China," reports on an incident in which an outbreak of hantavirus hemorrhagic fever with renal syndrome (HFRS) occurred at a college in Kunming as the result of a lab leak in 2003.

Shi wrote that 15 students on the campus contracted hemorrhagic fever, and a test of their blood serum revealed that they had hantavirus antibodies in their system. A genome sequence revealed that the culprit was a new Hantaan virus isolate, and further analysis showed the isolate was a reassortant derived from human and rat Hantaan viruses.

An investigation of the epidemic revealed that the index patient was a 24-year-old male graduate student. He had been working with rats in a laboratory on campus, which he had not left in two months.

The student said that he was in charge of feeding the lab rats on a daily basis and that he had been bitten by one 10 days before he began to exhibit clinical symptoms of HFRS. A serological study of 60 rats in the lab revealed that 29 had antibodies for hantavirus.

The Centre of Laboratory Animals (CLA) had supplied the rats to that and seven other colleges. A study of the CLA and those schools revealed the presence of the antigen in rats at CLA and two of the colleges, including the one the student attended.

Because the prevalence of the hantavirus antigen was the highest by far in the rats at the CLA, scientists concluded that rats supplied by his center were the source of the outbreak. To rule out the possibility that humans had transmitted the disease after acquiring it elsewhere, serum samples were collected from 172 students and staff members from the colleges and CLA.

Among the seropositive individuals were four students from the same college as the index case and 11 animal handlers. None of these individuals had a recent history of travel to areas where hantavirus outbreaks had occurred, nor had they received the vaccine, thus eliminating the possibility that the virus had been introduced from outside the lab.

Shi pointed out that the CLA had lax safety measures, with different species of rodents housed and fed in the same room. Many other types of animals were kept in the room as well.

She wrote that although screens had been installed on the windows in the room, at least one window had a broken screen. Worse still, the ventilation fan in the room had not functioned for six months, leading to poor air circulation and serving as a perfect breeding ground for viruses. Interestingly, Shi emphasized that six wild rats were trapped outside the lab to determine if the infection had been introduced from outside. However, all the wild rats tested negative for the disease. An Australian geneticist who publishes scientific papers under the name Zhang Daoyu told Taiwan News that Shi pointed to the lack of animal infections outside the facility as important evidence that the virus leak had occurred within the lab.

In the case of the coronavirus outbreak in Wuhan, none of the animals at the now-infamous Huanan Seafood Wholesale Market actually tested positive for the virus, reported Live Science. Therefore, based on Shi's own logic, and given that her lab is the only one in Wuhan that was carrying out dangerous GOF experiments on bat coronaviruses, the lack of any wild animals infected with COVID-19 would be an important indicator that the outbreak in the city was the result of a leak from her lab.

Rather than take her word as the final verdict, a growing number of scientists are calling on Shi to provide independent investigators with access to the WIV's database and laboratory records to prove once and for all whether the virus came from the lab or not.