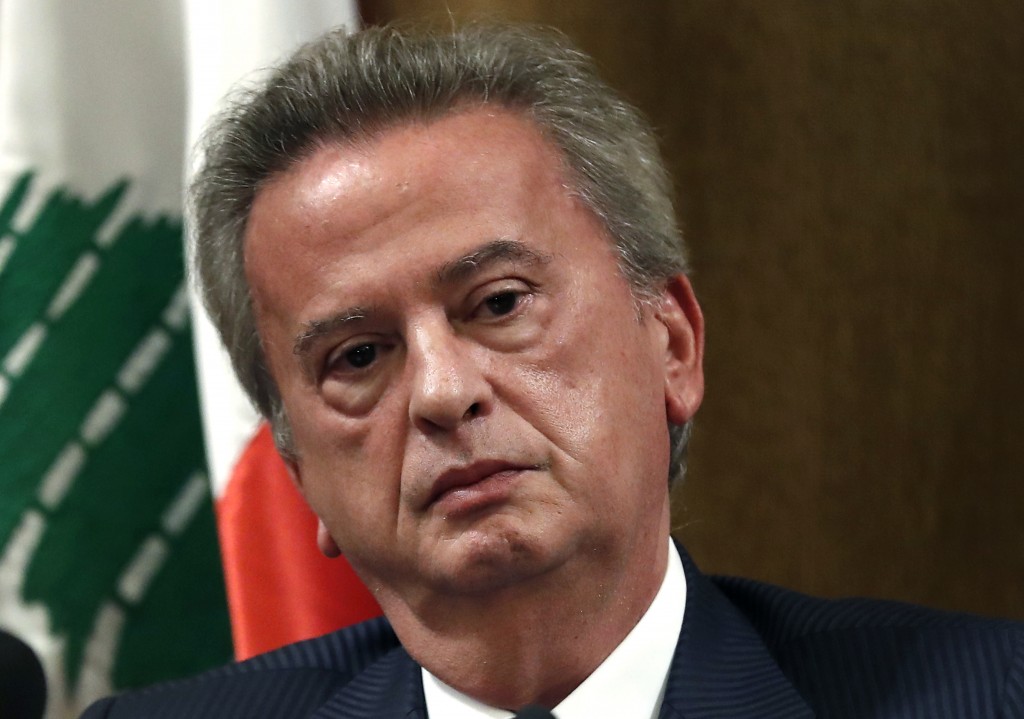 BEIRUT (AP) — The governor of Lebanon's Central Bank denied on Thursday that he had made any transfers of the bank's funds following a probe by Swiss authorities into money laundering and embezzlement.

Gov. Riad Salameh's statement was released after he was questioned by Lebanon’s prosecutor general, Judge Ghassan Oweidat, based on a Swiss investigation for aggravated money laundering in connection with possible embezzlement in the bank.

Salameh also said he was ready for any further questioning.

Switzerland's attorney general said Tuesday it has asked Lebanon for cooperation into a probe it started into possible money laundering and embezzlement at the central bank. It was not clear what prompted the investigation in Switzerland. The Swiss attorney general's office declined to offer further details.

There were media reports in Lebanon that billions of dollars have left the country after banks blocked transfers abroad. Some media singled out transfers made by Lebanon's Central Bank governor himself.

Salameh was quick to deny the allegations. “I asserted that no transfers were made from the accounts or the budget of the central bank,” Salameh said in Thursday's statement.

He added that he reserves the right to pursue legal actions against “those who spread tendentious rumors and defamation that target me personally and the financial reputation of Lebanon.”

Lebanon is facing a crippling financial crisis that was in full throttle last year, when private banks enforced informal capital controls, limiting withdrawals and blocking transfers abroad. The value of Lebanon’s currency tumbled against the dollar amid an unprecedented shortage of foreign currencies. The government defaulted on its foreign debts and began talks with the International Monetary Fund for a rescue package.

Amid the chaos, reports surfaced of capital transfers, including by government officials.

Prime Minister Hassan Diab has held Salameh responsible for the currency crash, accusing him of pursuing “opaque” policies that sent the Lebanese pound on its downward spiral against the dollar.

A government-commissioned international audit of the central bank faltered after the New York-based company hired to do it said it was unable to acquire needed information and documents.

Salameh, who has held the central bank post since 1993, has defended his role, alleging a systematic campaign meant to hold him responsible for the country’s financial crisis.