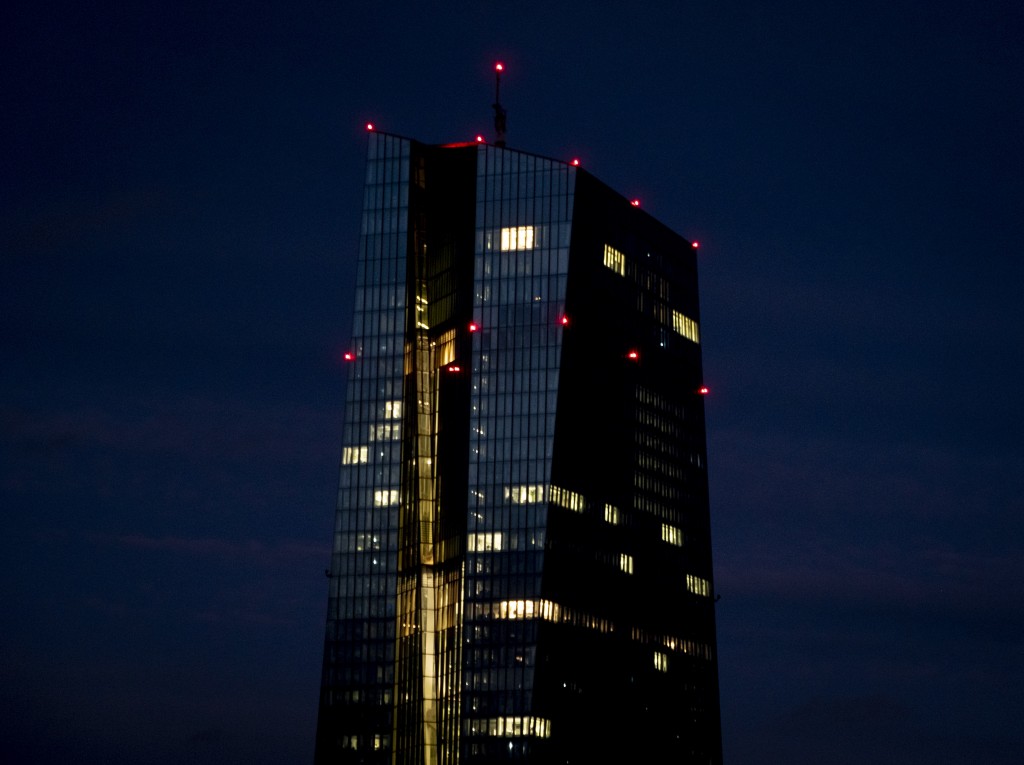 FRANKFURT, Germany (AP) — The European Central Bank is looking at a darkening picture for the economy as infections and deaths surge. With more than a trillion euros of pandemic stimulus still in the pipeline, President Christine Lagarde is expected to underline Thursday that the bank has the means keep credit affordable and support the hoped-for recovery.

Spiking virus totals have led Germany, the eurozone's biggest economy, to extend restrictions on many businesses involving contact with the public until Feb. 14, while Portugal hit a record for new COVID-19 infections and France imposed a 6 p.m. curfew. Vaccination rollouts have been slower than many would like.

That is darkening the already gloomy outlook for the first few weeks of 2021, after Europe ended 2020 with fanfare over the start of vaccinations. The winter surge suggests that the first quarter could see economic output fall again after an expected contraction in the fourth quarter of 2020.

Yet no additional action is expected from Thursday's meeting of the 25-member ECB governing council, which sets monetary policy for countries that are members of the euro. That is because at their last meeting the board added 500 billion euros of pandemic stimulus in the form of bond purchases, bringing the total emergency support to 1.85 trillion euros ($2.66 trillion) in purchases to run at least through March, 2022.

More than a trillion of that has not yet been spent. Through the purchases, the ECB keeps bond market and bank borrowing costs low. The goal is to make sure companies that may be struggling can get the financing they need to keep going.

If the pandemic downturn lasts longer than expected, “the ECB would simply extend its current support measures for even longer,” said Andrew Kenningham, chief Europe economist for Capital Economics.

Attention will focus on the post-meeting news conference by Lagarde and her comments on the economic outlook. She has warned against premature relief over vaccinations before they can be rolled out, and underlined that the central bank will do what it needs to in order to keep credit flowing to the economy.

The ECB's polices have kept financial markets calm despite the pandemic. Germany's DAX blue chip stock index hit a record high Jan. 7. Meanwhile, ECB stimulus has kept bond market borrowing costs low for governments, who are adding more debt as they spend on support for the economy and workers, including by paying the salaries of furloughed workers.

Since the ECB purchases are driving down bond market borrowing costs, it is making it easier for governments to spend without being hit by high interest payments for now. The European Union is adding more support through a 750 billion-euro recovery fund to support investment in projects that reduce emissions of greenhouse gases and promote the spread of digital technology. That fund is supported by common borrowing among member countries, a step toward further integration and solidarity among union members.