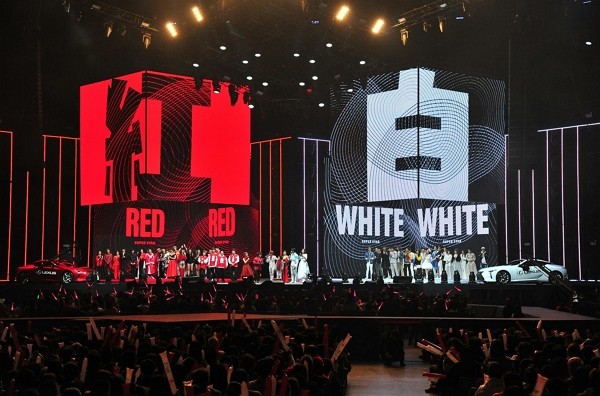 As the number of infections in a cluster that began at Taoyuan General Hospital expanded to 10, Taiwan Television (TTV) announced Wednesday (Jan. 20) that the taping of the concert would proceed fan-less at the Taipei Arena Saturday (Jan. 23). Originally, the studio audience was to be made up of more than 10,000 people.

TTV explained that the decision had been made to protect public health and avoid a loophole in the country's epidemic prevention efforts. It added that the show will be broadcast as scheduled on Feb. 11, Lunar New Year's Eve.

During an interview with ETtoday, Taiwanese comedian Mickey Huang (黃子佼), who is set to host the concert for the fourth time, said the announcement did not come as a surprise. He apologized to fans who were looking forward to attending the recording and said that "Safety must come first."

Since it was introduced as a spinoff of Japan's Red and White Song Battle in 2010, the Red White Superstar concert has been one of the most popular TV shows during the Lunar New Year holiday. Taiwanese pop stars A-Lin, 9m88, Jam Hsiao (蕭敬騰), Ella (陳嘉樺), Ayal Komod (張震嶽), Crowd Lu (盧廣仲), and Liu Ruo Ying (劉若英) are among this year's performers.