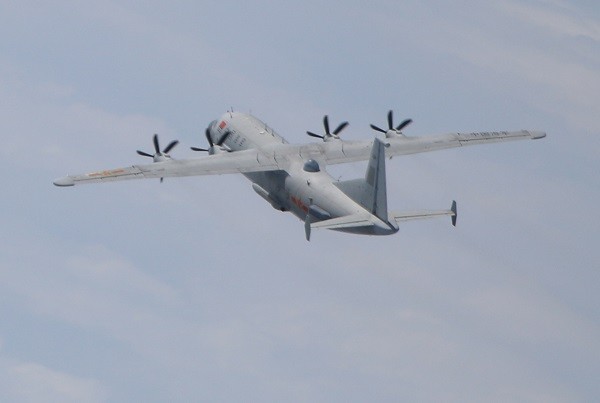 TAIPEI (Taiwan News) — China continued its "gray-zone" tactics by flying a spy plane into Taiwan's air defense identification zone (ADIZ) on Wednesday (Jan. 20), the same day Joe Biden was sworn in as the 46th president of the U.S.

In the month of January, Chinese military aircraft have violated the ADIZ a total of 17 times so far, including Wednesday's incursion. Since mid-September of last year, Beijing has dispatched military aircraft on sorties over Taiwan's ADIZ on an almost daily basis.

The incursions primarily occur to the southwest of Taiwan and consist of one to three planes. Most of the aircraft are prop-powered variants of the Shaanxi Y-8, which is an imitation of the Soviet Union's Antonov An-12 cobbled together through reverse engineering.

The term "gray zone" refers to the use of unconventional tools and tactics, such as covert military operations and ambiguous use of military force, to subdue an enemy through exhaustion. In this case, China has been flying aging, prop-powered reconnaissance aircraft on a daily basis in the southwest corner of Taiwan's ADIZ, with the apparent goal of making it a de facto part of China's airspace, and to wear down and degrade Taiwan's fleet of fighter jets, which are scrambled with each incursion.