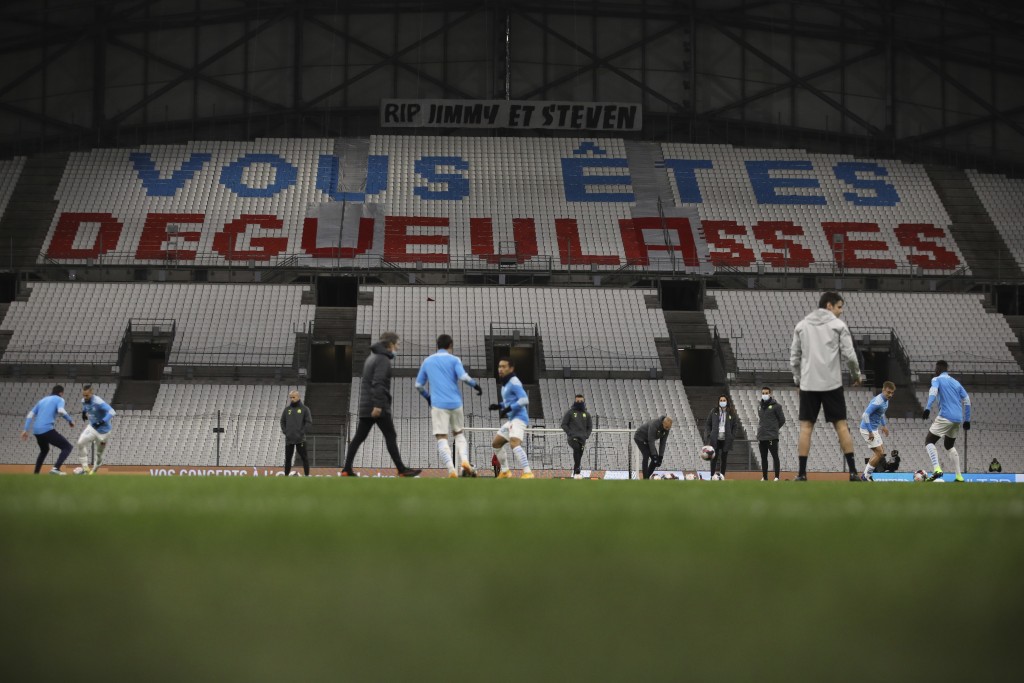 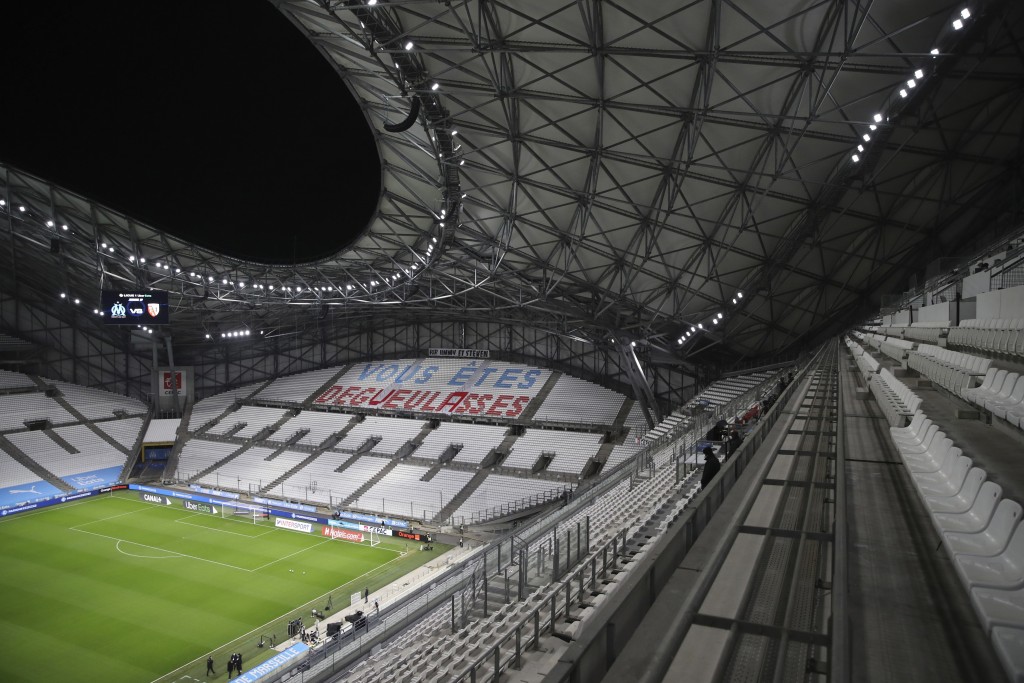 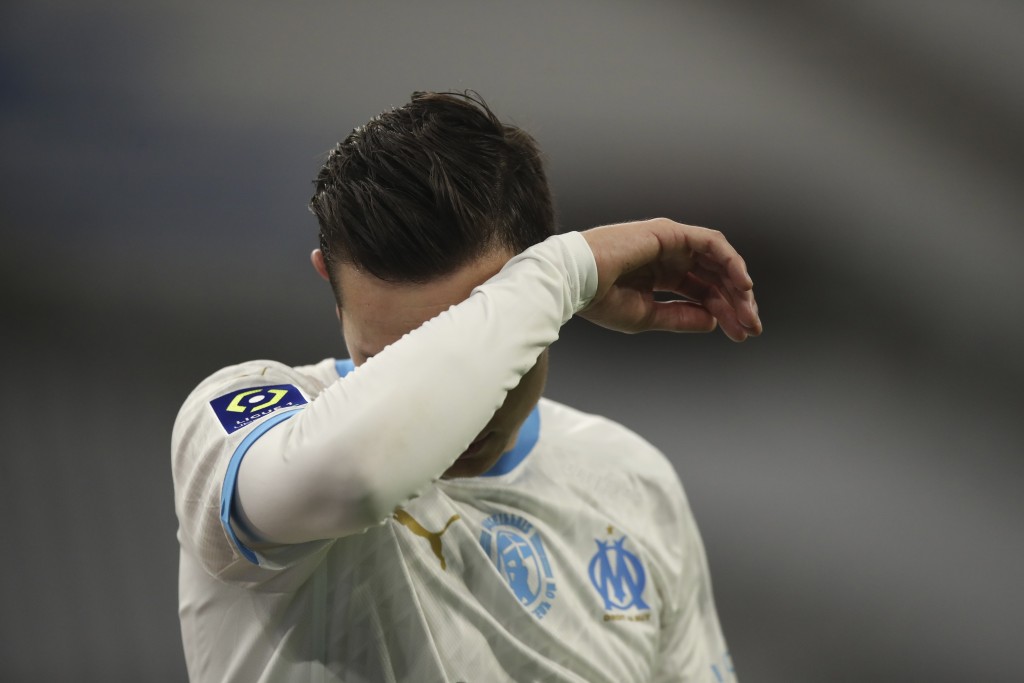 PARIS (AP) — Struggling Marseille lost 1-0 at home to Lens in the French league on Wednesday to concede more ground in the title race, and further alienate the players from their angry fans.

Following a 2-1 defeat at home to Nimes last weekend, which led to stinging criticism of the players from coach Andre Villas-Boas, sixth-place Marseille has now lost four of its last six games overall.

Forward Simon Banza headed seventh-place Lens ahead in the 58th minute. Teen striker Arnaud Kalimuendo could have made it 2-0 when going clean through in the 90th, but blazed over the bar after goalkeeper Steve Mandanda saved his first shot.

Matters are not likely to get any easier for Marseille, with matches against fourth-place Monaco, fifth-place Rennes and league leader Paris Saint-Germain coming up.

Fans made their feelings perfectly clear before the game had started, even without being present at an empty Stade Velodrome because of the coronavirus.

One of Marseille's several supporters' groups managed to write “Vous Etes Degueulasses” ("You Are Disgusting") in big letters on the seats in what is usually their section of the stadium.

Another banner was placed in full view, which read “Vous Nous Faites Honte” ("You Bring Shame On Us").

There were also posters displayed outside the stadium aimed at unpopular club president Jacques-Henri Eyraud, calling him a “crook” and urging him to “get lost.”

Marseille is the only French side to have won the Champions League, in 1993.

But the club arguably has the country's most volatile fans, and they are quick to turn on the players when things are not going well or if they sense they are not trying hard enough.