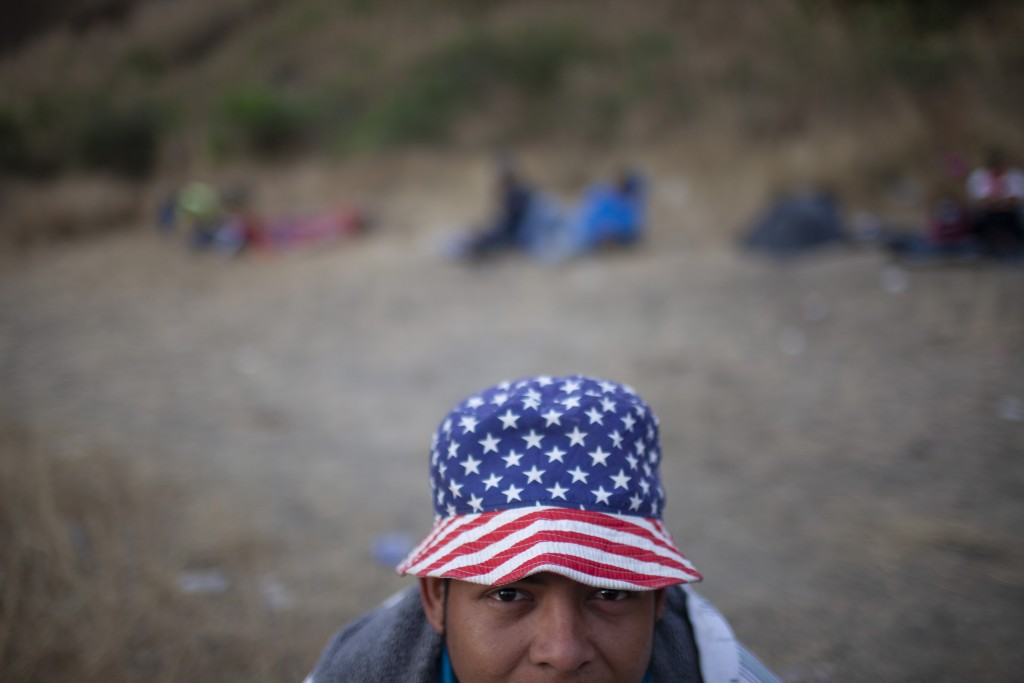 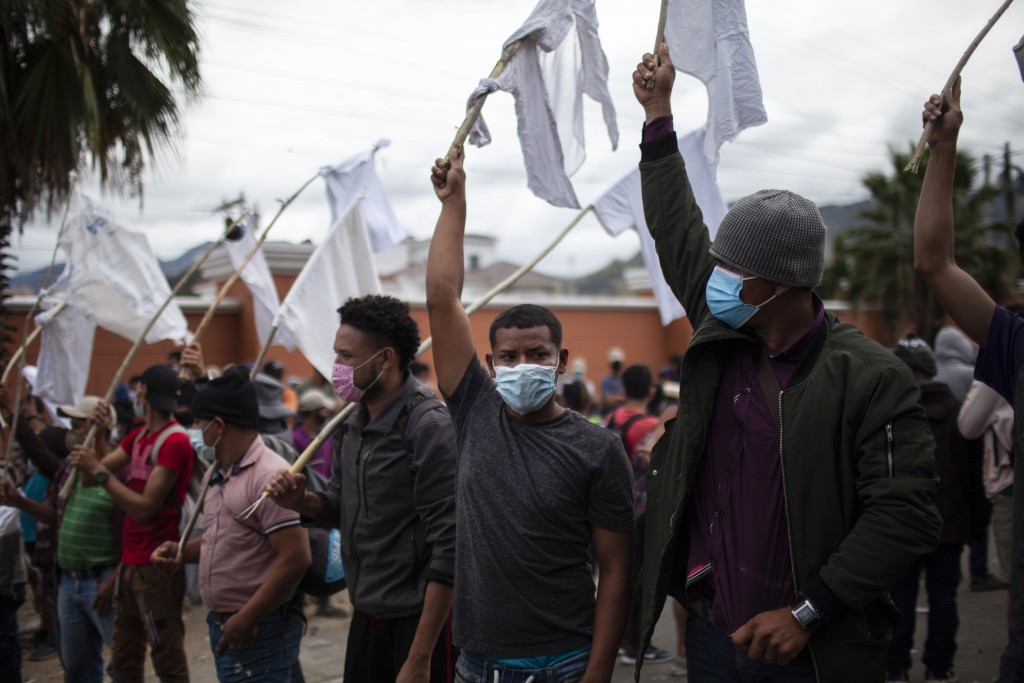 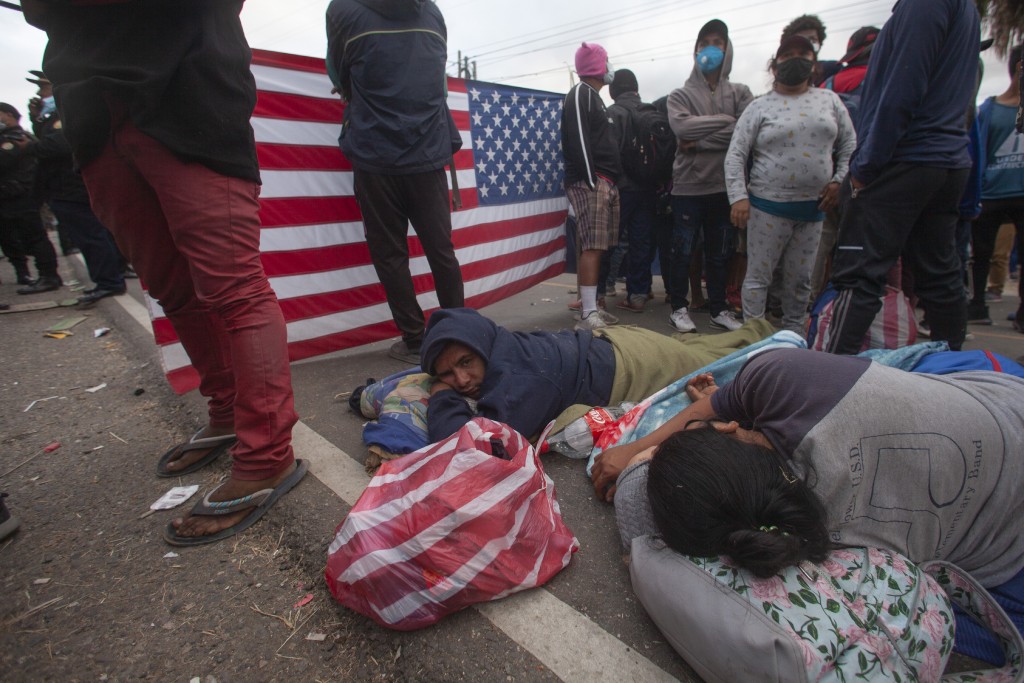 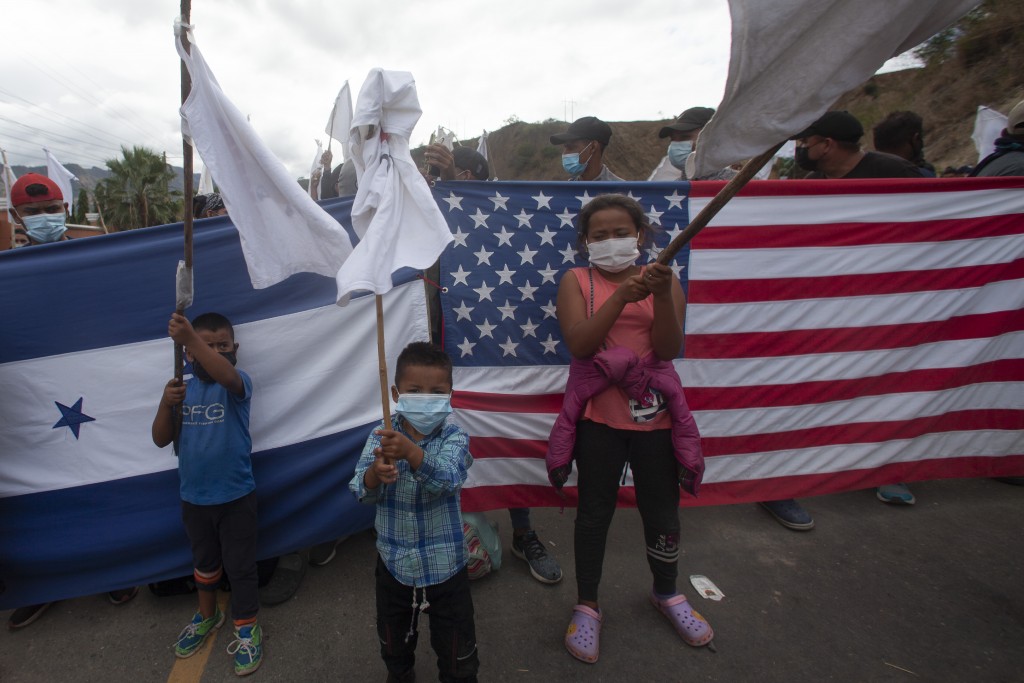 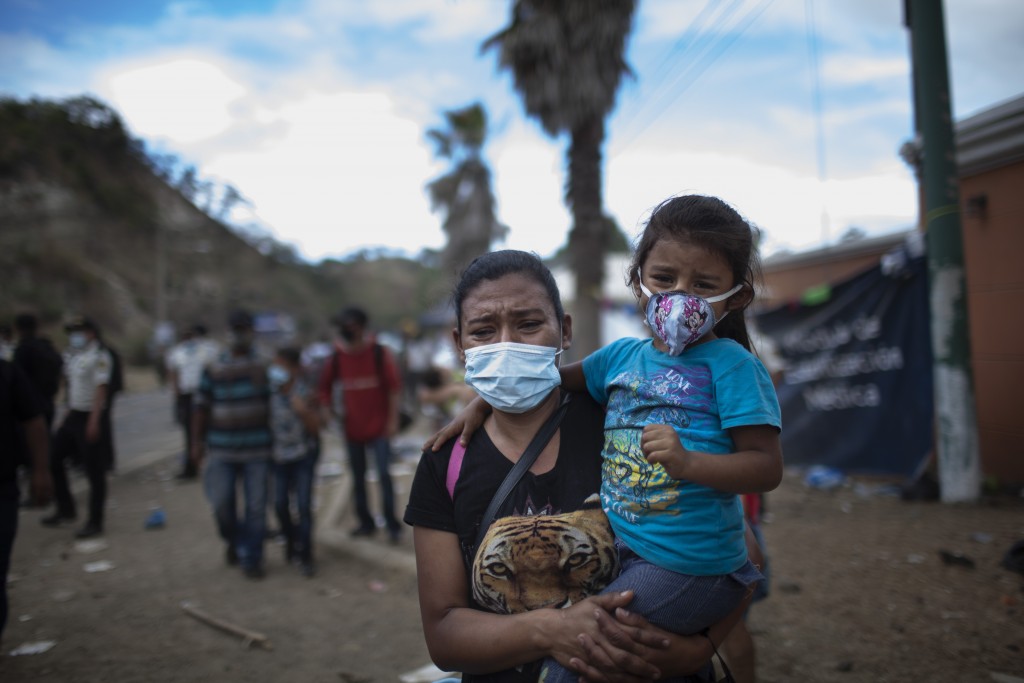 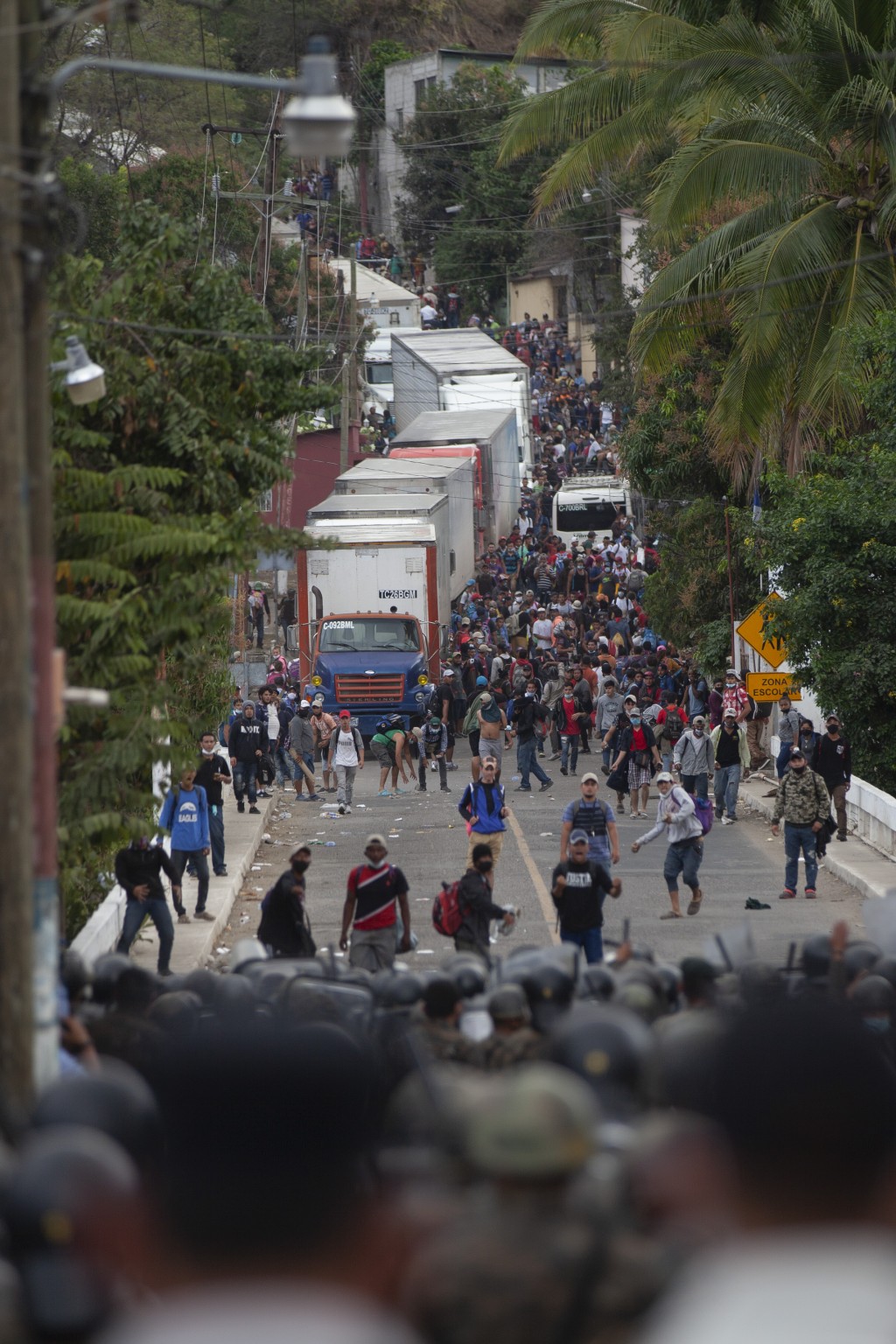 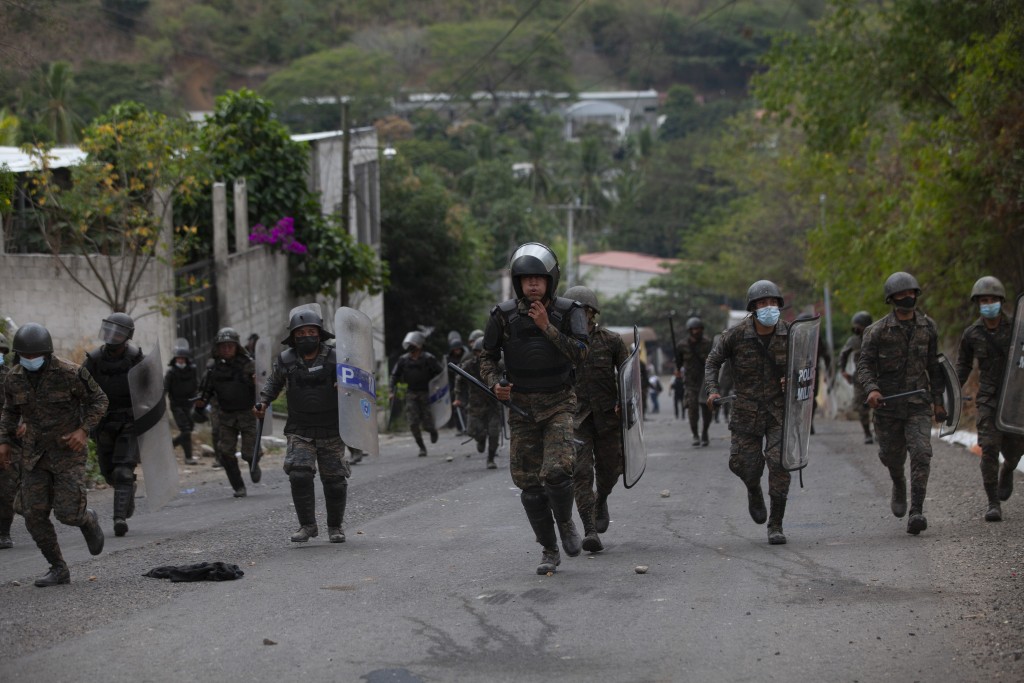 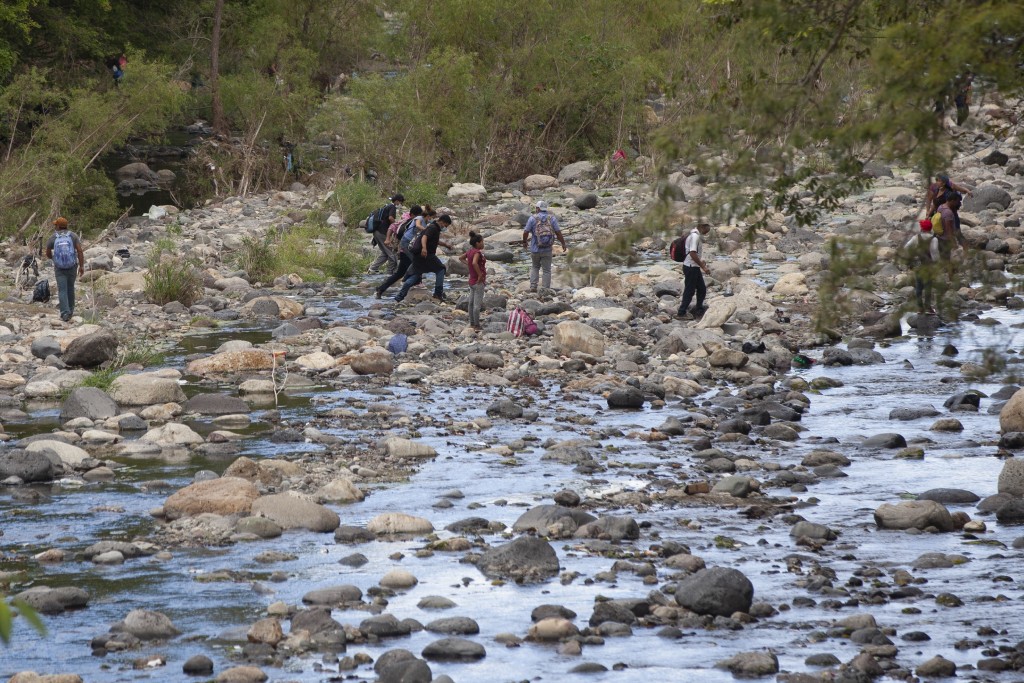 EL FLORIDO, Guatemala (AP) — A once large caravan of Honduran migrants that pushed its way into Guatemala last week had dissipated by Tuesday in the face of Guatemalan security forces. Small groups pressed on toward the Mexican border, while others accepted rides from authorities back to Honduras.

Many of the migrants were driven by an increasingly desperate situation in Honduras, where the economic ravages of the COVID-19 pandemic and two major hurricanes in November have piled atop chronic poverty and gang violence. That combined with a hope that the new U.S. administration of President-elect Joe Biden would be more welcoming gave birth to the year's first caravan.

But Tuesday, buses carrying dozens of migrants and police patrol vehicles carrying handfuls arrived sporadically through the morning at the Guatemala-Honduras border crossing of El Florido. They were passed from Guatemalan border agents to their Honduran counterparts and then boarded buses that would take them back to their hometowns.

Some 25 miles into Guatemala where hundreds of migrants had been stalled at a roadblock in Vado Hondo for several days, traffic flowed smoothly Tuesday and few migrants remained. Guatemala's immigration authorities reported that through Monday more than 2,300 migrants had been returned to Honduras.

If Guatemala's government had indeed dissolved the year’s first caravan, it would be a relief to the incoming U.S. administration. Biden has promised immigration reform, but for now plans to leave Trump-era border policies in place fearing a surge of migrants when he takes office.

Guatemala’s government had made clear it would stop the caravan for immigration and health reasons before it had even formed in San Pedro Sula, Honduras last week. President Alejandro Giammattei said 2,000 police and soldiers would be sent to the border.

Those forces did not stop the caravan at the border, but a series of strategically places roadblocks where forces deployed tear gas and batons dissolved the mass of people.

On Tuesday, Michael Kozak, acting assistant secretary for the U.S. State Department’s Bureau of Western Hemisphere Affairs, commended Guatemala via Twitter for “carrying out its responsibilities by responding appropriately & lawfully to the recent migrant caravan.”

Central American migrants began turning increasingly to caravans as a low-cost alternative to hiring a smuggler in 2018. Migrants gain a degree of safety in numbers and initially pushed successfully through Guatemala and Mexico. However, the U.S. government has led an effort to coordinate a more aggressive response from countries along the way to try to keep them from advancing far.

Caravans still represent only a fraction of the overall immigration flow that moves largely undetected.

In the past year, Guatemala has become a critical bulwark against the caravans, egged on by the more aggressive immigration policies of the Trump administration. Guatemalan forces effectively dissolved multiple migrant caravans last year.

In Tecun Uman, across the Suchiate river from Mexico, Rev. Fernando Cuevas said Tuesday there aren’t more than 70 migrants in the border town. Those that arrive do so in small groups, mostly family units, and try to cross to Mexico almost immediately.

Some go to the bridge to request asylum, while others attempt to cross the river.

Where hundreds of migrants massed last January before crossing into Mexico, this time Guatemala’s highway roadblocks appear to have stopped most. Most of those who have made it through carry the required proof of a negative COVID-19 test and passports, Cuevas said.

Cuevas said both sides of the river are militarized. In Tecun Uman, Guatemala deployed large numbers of National Police who made a local community center their barracks and patrol the streets for migrants. Two buses from the Mexican government sit in the central plaza in front of his church waiting to drive migrants back to the Honduras border, he said.

“We are seeing a situation a little different from other years when the migrants had access and free transit,” Cuevas said. His church had prepared for the arrival of migrants like a year earlier, but now he expects few will make it. “We don’t expect them in great numbers nor organized. We don’t expect more than 100 at one time will be here.”

One year ago, Mexican forces in riot gear rounded up hundreds of Central American migrants as they stopped to rest along a rural highway after crossing into the country.