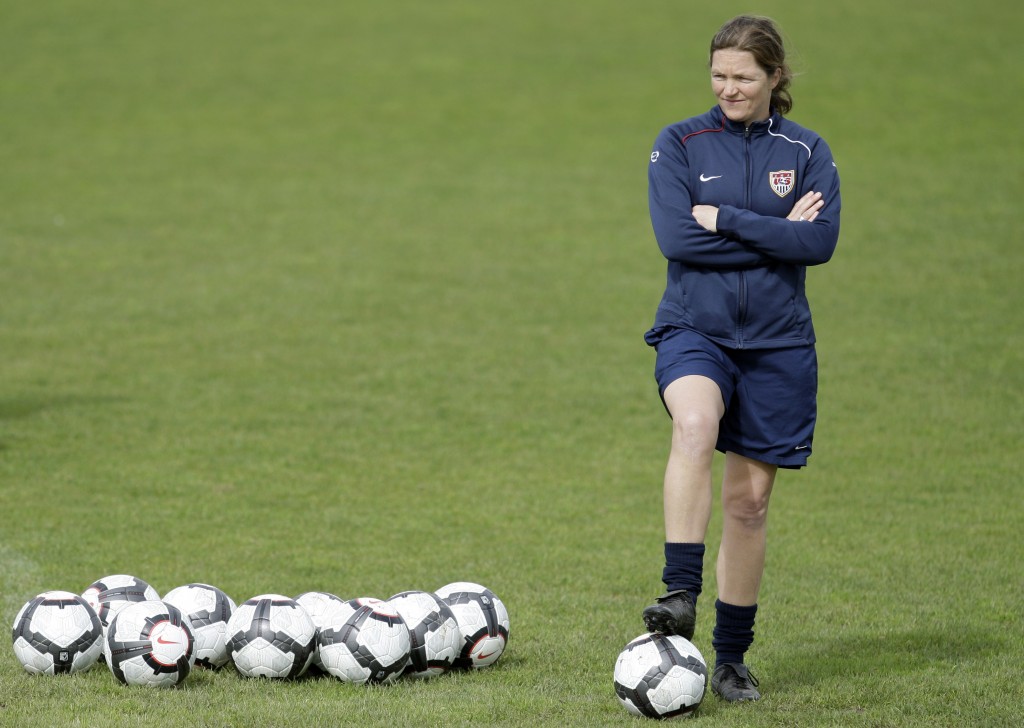 Riise will lead England's February camp but the team is still without opposition to play due to the travel complications caused by the coronavirus pandemic.

Riise is stepping up having already been due to work as an assistant coach at England alongside former Canada player Rhian Wilkinson until Sarina Wiegman takes charge of the 2019 World Cup semifinalists in September.

But Neville's earlier than expected exit to return to men's soccer to coach Inter Miami has left a void with England until Wiegman leaves her job with the Netherlands after the rescheduled Tokyo Olympics.

The English Football Association, which organizes the British women's Olympic team, also needs a coach for Tokyo having planned to give the role to Neville.

Riise was the 1995 world player of the year, winning the World Cup, European Championship and Olympics as she scored 58 times in 188 appearances for Norway.

She was nominated for FIFA's coach of the year award in 2019 after winning six successive Norwegian titles with LSK Kvinner.

“I’m excited about the opportunity I’ve been given to work with England Women," she said. "This is a proud and ambitious team that I look forward to working with and I am confident of making a positive impact when I meet up with the squad in February.”

She was an assistant coach with the United States during the team's run to the 2011 Women's World Cup final and Olympic glory in 2012.

“Hege has done really well and she has had a fantastic career as both a coach and a player,” said compatriot Ole Gunnar Solskjaer, the Manchester United manager. “They’ve got a very good coach there and a very good human being.”