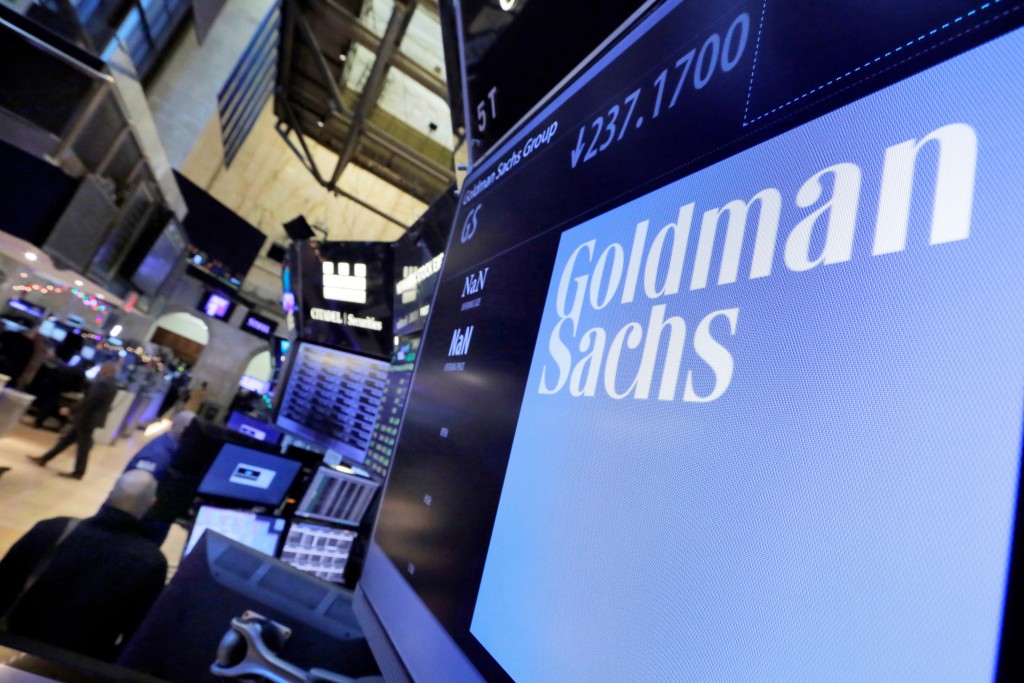 NEW YORK (AP) — Goldman Sachs said its profits more than doubled from a year earlier thanks to a surge in both trading and advising revenue.

The New York-based investment bank said it earned a profit of $4.36 billion, or $12.08 per share, up from a profit of $1.72 billion, or $4.69 a share, in the same period a year earlier. The earnings were significantly better than the $7.45-per-share profit that analysts were expecting.

Goldman's results reflect that Wall Street had a strong year, despite the pandemic and millions of Americans out of work. After plunging sharply in March and April, the stock market went basically straight up for seven months as investors tried to look beyond the near-term death and pain and focus on where the U.S. economy will be in a year or two years' time.

The banks also saw revenue gains in its wealth management arm as well is nascent consumer banking business, which focuses on consumer loans, savings accounts as well as handling the underwriting for Apple’s credit card. Like its competitors, Goldman also moved some of the money it had set aside to cover credit losses out of its reserves. However Goldman’s exposure through consumer and business loans is significantly smaller than commercial banks like Citigroup, JPMorgan Chase and Wells Fargo so it wasn’t a significant part of its overall results.

The stellar quarter also will result in stellar bonuses for Goldman’s well-compensated employees. The bank set aside $13.31 billion to pay out bonuses and payroll this year, up 8% from a year earlier. Most of Goldman’s top employees make most of their money in year-end bonuses.