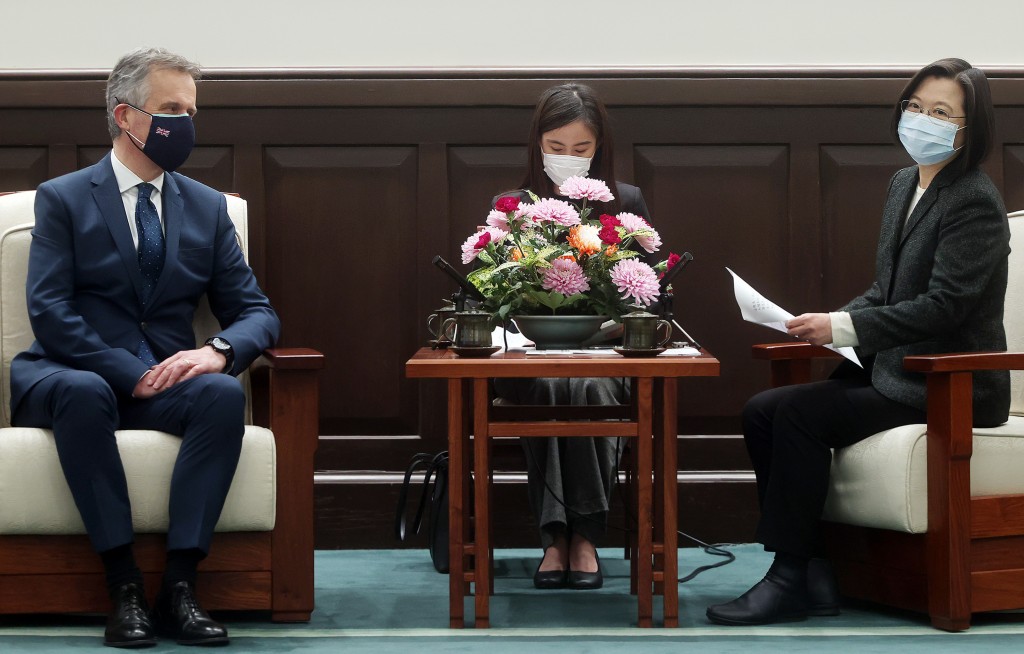 “I very much look forward to Taiwan and the U.K. being able to commence dialogue on a free trade or bilateral investment agreement,” Tsai remarked. She met with the newly appointed British Representative to Taiwan John Dennis on Tuesday morning.

In recent years, Taiwan has deepened collaborations with the U.K. in key areas, such as in finance and wind power energy, which subsequently allowed bilateral trade to increase, noted Tsai. In addition to trade and investment, the president also named education, human rights promotion, and COVID-19 vaccine development as areas the two countries can expand cooperation.

The new representative of the British Office in Taipei assumed office early in January. He has pledged to develop ties with Taiwan by “building on our already powerful links in trade and investment, science and innovation, climate change, education and on shared values.”