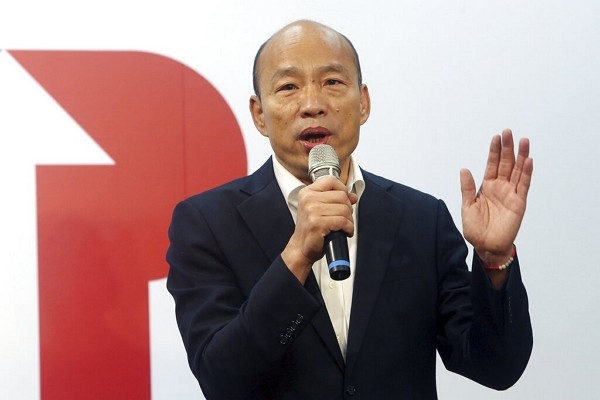 TAIPEI (Taiwan News) — Members of the main opposition party the Kuomintang (KMT) are urging former Kaohsiung Mayor Han Kuo-yu (韓國瑜), who is on a hiatus from politics after being recalled last June, to run for party chairman.

On June 6, 2020, Han was removed from his post as mayor of the southern port city after losing a recall vote by a huge margin. The initiators of the recall campaign had criticized him for launching his presidential bid fewer than six months into his mayoral term and skipping Q&A sessions at the city council.

At the time, Han expressed his desire to temporarily step away from politics and said that he would not accept any new position in the near future. However, many of his supporters, known as "Han fans" (韓粉), have remained loyal, with some even filing recall petitions against politicians in the green camp as revenge.

Speaking on the condition of anonymity, one KMT member said Monday (Jan. 18) that during a meeting on Jan. 8, party veterans had encouraged Han to join the race for the chairmanship in July. They believe Han can help the KMT win back support from Taiwanese voters with his charisma.

In response, Han told them he will announce his next move sometime after the Lunar New Year. He added that the party should reposition itself quickly because it has lost the advantage that being the party that smooths cross-strait relations used to carry, reported CNA.