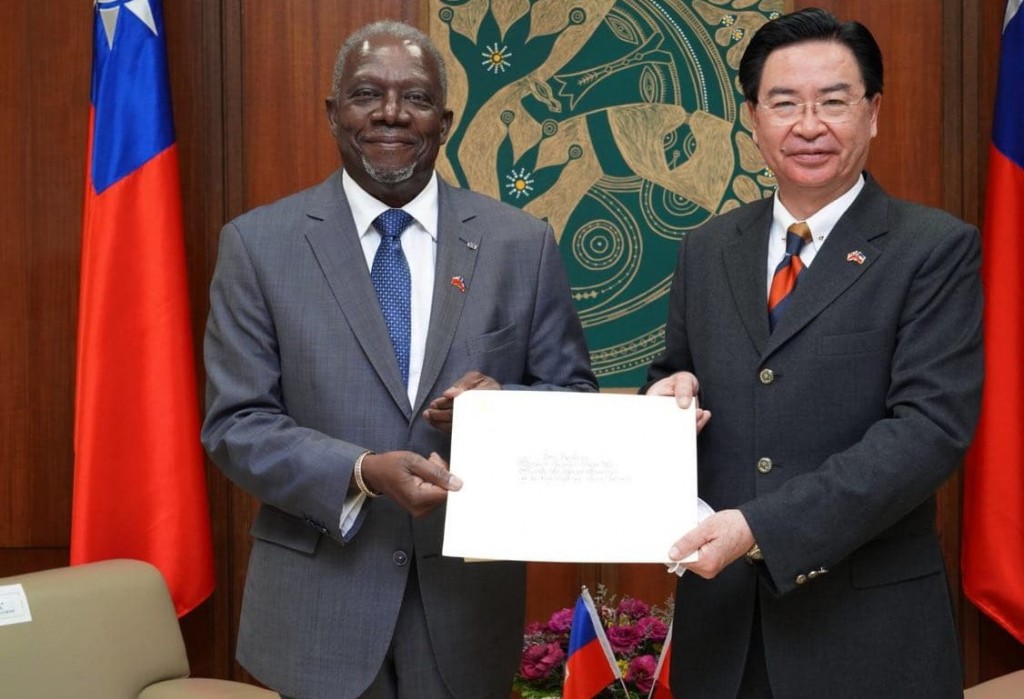 On Monday evening, MOFA issued a press release stating that Wu had welcomed Dennis and looks forward to working with him to deepen the friendship between the two countries. Wu had also asked the ambassador to convey to Haitian President Jovenel Moise Taiwanese gratefulness for Haiti’s long-term support for Taiwan’s international participation.

Denis emphasized that Taiwan is an important ally of Haiti during his meeting with Wu, according to the ministry. He thanked Taiwan for launching cooperation projects in Haiti to improve the well-being of Haitians. He also said he would try his best to promote more exchanges between the two nations in various fields during his tenure.

Denis pointed out that in terms of economy and trade, he hopes Haiti can build a "public-private partnership" with Taiwan by taking advantage of Haiti's geographically advantageous proximity to other Caribbean countries and the United States.

A senior diplomat, Denis has previously been stationed in the U.S., Germany, Canada, the Dominican Republic, Switzerland, and elsewhere and has also held important positions in the Haitian government, such as labor minister and defense minister. He visited Taiwan three times between 2000 and 2016.