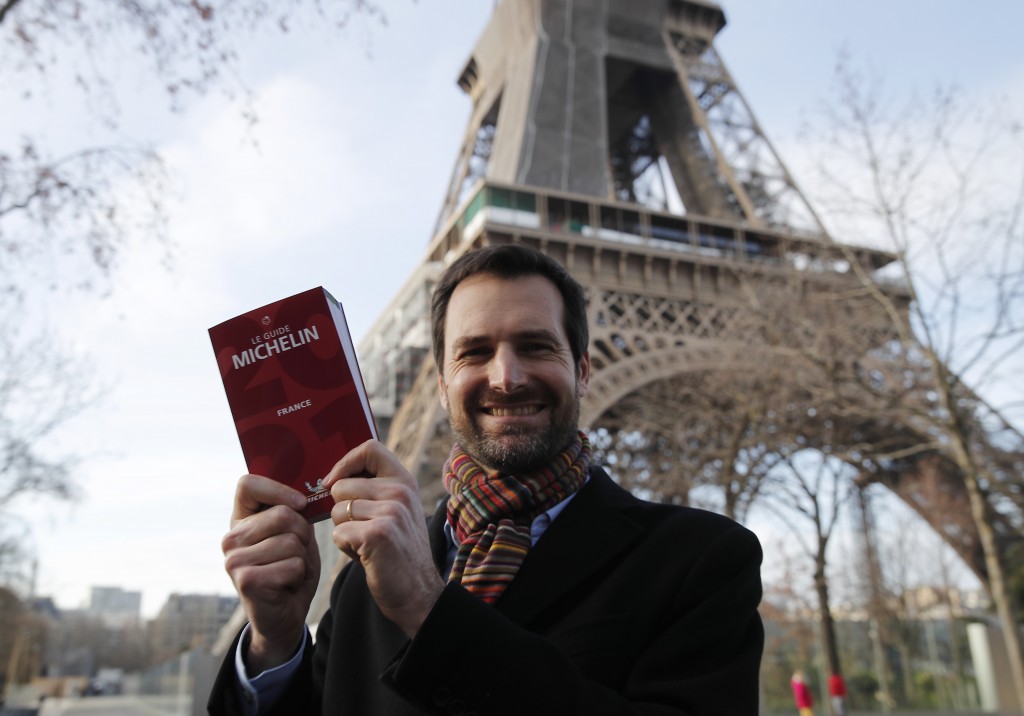 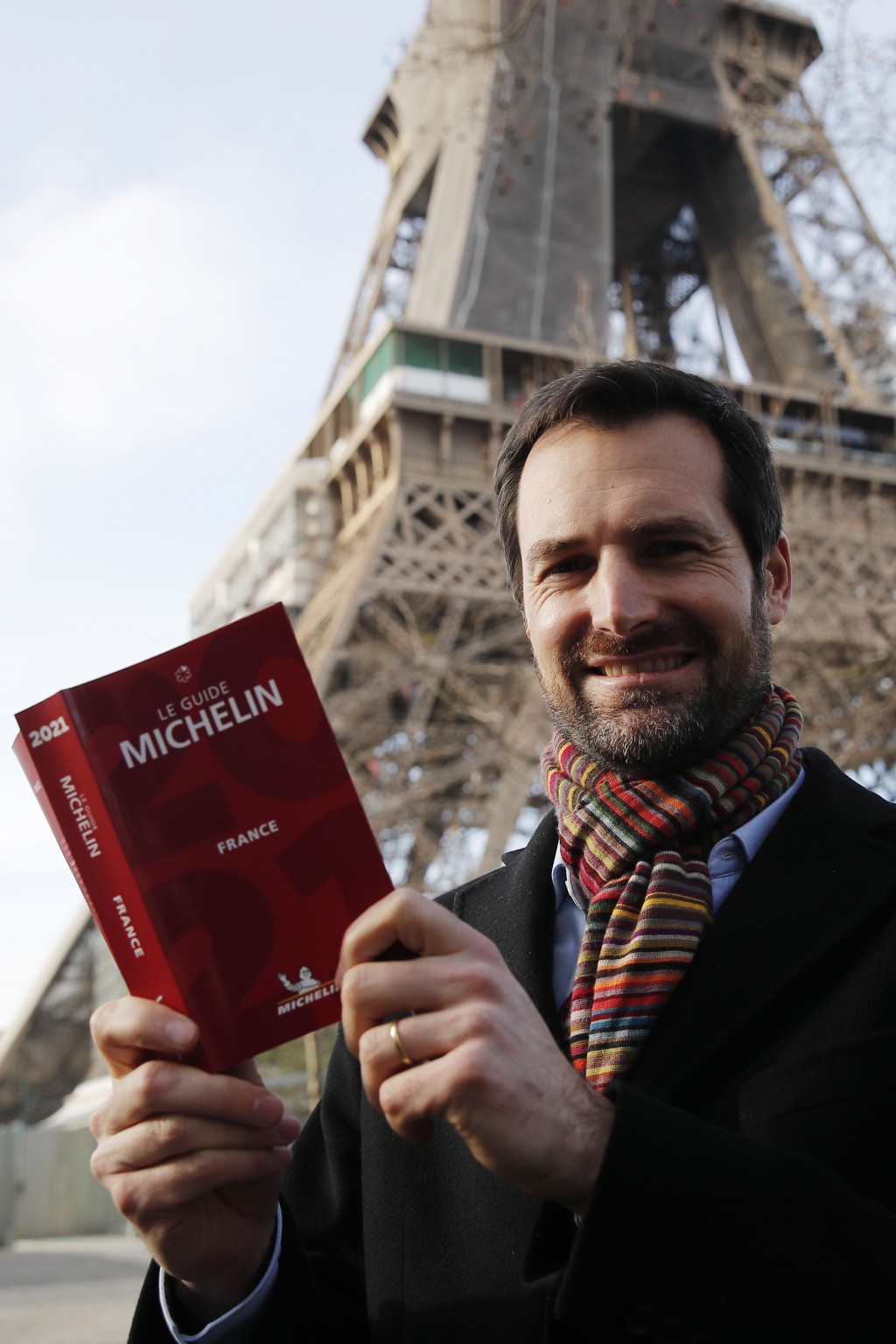 PARIS (AP) — France's Michelin Guide, which has long served as a bible for foodies, is adapting its awards ceremony in Paris for the year that was like no other - 2020. It is handing out its stars for the shuttered industry at a virtual ceremony to a virtual public.

From the panoramic splendor of the Jules Verne restaurant on the the Eiffel Tower's second floor, judges are giving out this year’s stars for their 2021 France guide — based on reviews of eateries that have for large periods of time been completely closed nationwide.

The country famed for its cuisine saw restaurants shut for large parts of last year during what was one of Europe's harshest lockdowns, while strict curfews disrupted the dinner service.

Michelin France told the AP that it squeezed its anonymous reviews into a reduced six-month period, from May to October, when restrictions on restaurants were eased.

And it called for help from overseas for its secretive inspections, bringing in twice as many foreign inspectors as usual. France had two lockdowns last year, one in spring and the other starting in the fall.

The Michelin guide has 28 issues covering 25 countries, though awards in other countries are handed out at different dates.