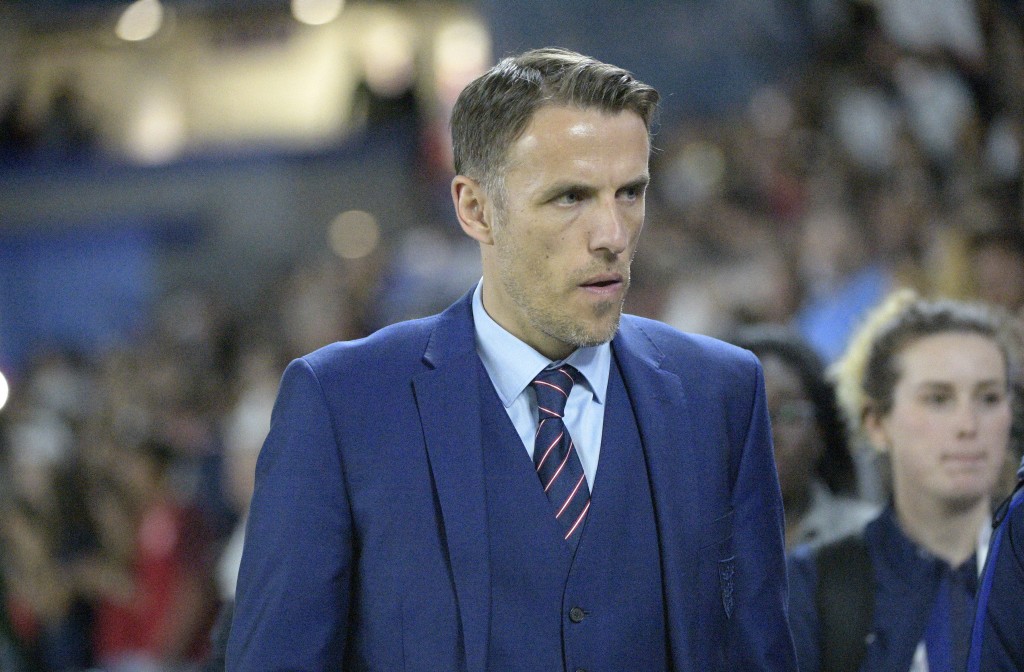 LONDON (AP) — Phil Neville, who led England to the Women's World Cup semifinals in 2019, is leaving the coach's job ahead of an anticipated switch to men's soccer in the United States.

The Football Association has released Neville from his contract immediately after being informed he was in talks to become coach of Inter Miami, the Major League Soccer franchise partly owned by David Beckham.

Neville had originally said he would stay with England until September when Netherlands coach Sarina Wiegman would succeed him after the rescheduled Tokyo Olympics.

By leaving now, Neville misses out on the chance to take a British women's squad to Tokyo. The FA said it would appoint an interim England coach and someone to lead the team at the Olympics.

“It has been an honor to manage England and I have enjoyed three of the best years of my career with The FA and the Lionesses," Neville said in a statement. “The players who wear the England shirt are some of the most talented and dedicated athletes I have ever had the privilege to work with. They have challenged me and improved me as a coach, and I am very grateful to them for the fantastic memories we have shared."

The FA statement made no mention of the Inter Miami job.

“After steadying the ship at a challenging period, he helped us to win the SheBelieves Cup for the first time, reach the World Cup semi-finals and qualify for the Olympics," said Sue Campbell, the FA's director of women’s football. “Given his status as a former Manchester United and England player, he did much to raise the profile of our team. He has used his platform to champion the women’s game, worked tirelessly to support our effort to promote more female coaches and used his expertise to develop many of our younger players.”