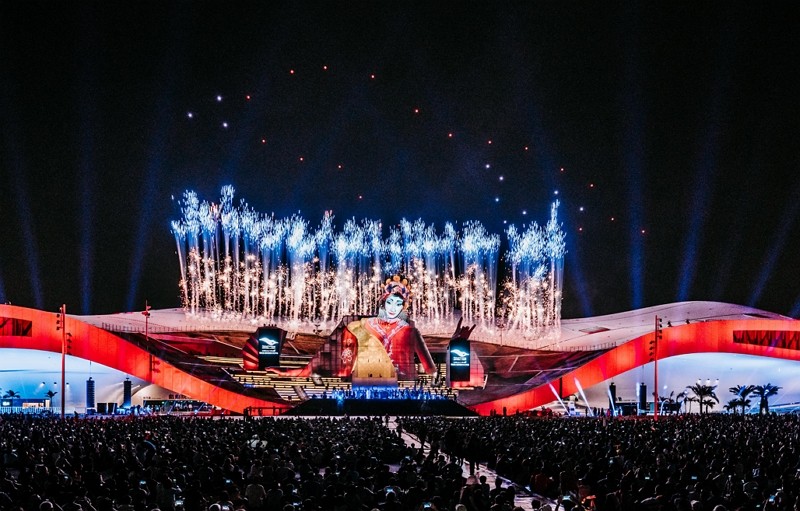 TAIPEI (Taiwan News) — The National Kaohsiung Center for the Arts, or more commonly known as Weiwuying, has been lauded as one of a few that can put on shows normally in a world largely deprived of live concerts.

In an interview with Weiwuying Art Director Chien Wen-pin (簡文彬), the Financial Times introduced the facility designed by Dutch firm Mecanoo, describing it as an “elegant space ship” with an undulating roof. The design incorporates influences from the local environment and allows for open-air performances.

According to Chien, the center has many experimental possibilities and is scheduled to host non-traditional events, including a circus without animals. Inaugurated in 2018, the venue is also significant for its role in balancing cultural development between the south and north, that latter of which is considered to enjoy a greater share of resources and has a more vibrant art scene.

Weiwuying has released a repertoire for the first half of 2021 that spans piano recitals, operas, theatrical performances, and concerts. It will be one of the exhibition areas for the Taiwan Lantern Festival in 2022.

Since its opening in 2018, Weiwuying has been recognized with many awards, including the International Architecture Awards 2020 and the Architizer A+ Awards in 2019. It was named among the “World’s 100 Greatest Places” by TIME magazine in 2019.

In addition to the new cultural hub in southern Taiwan, the Taipei Performing Arts Center was also spotlighted this month on CNN as one of the selected transformative buildings for 2021. The edifice, slated for completion this year, stood out for its transformative auditoriums centered on the peculiar “sphere” theater.