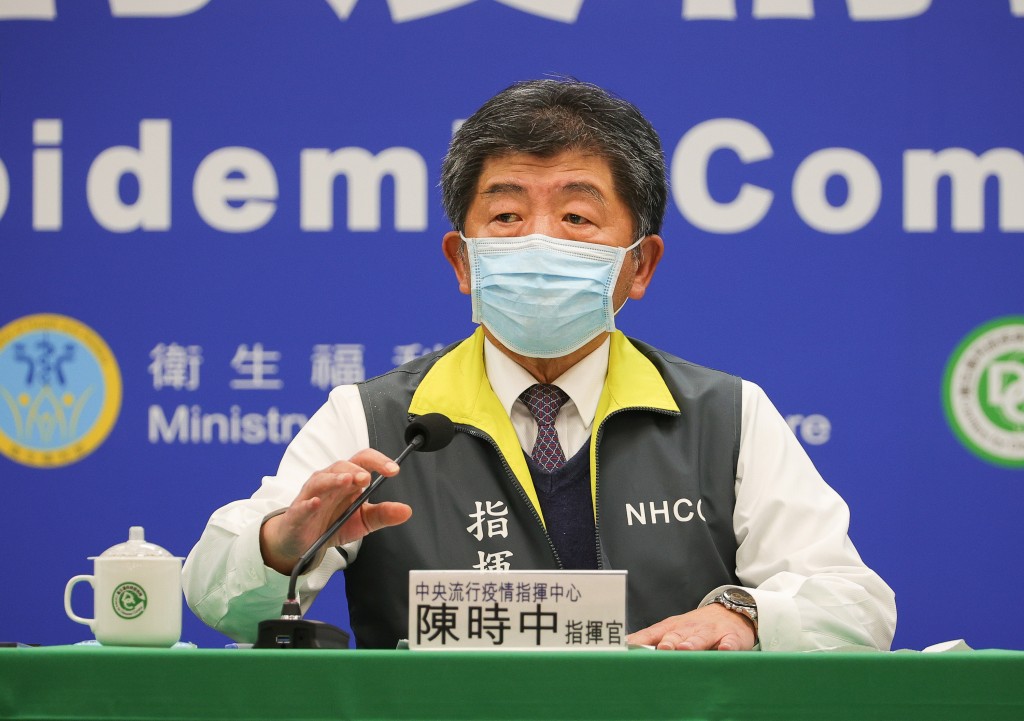 On Monday, Health and Welfare Minister and CECC head Chen Shih-chung (陳時中), announced six new coronavirus cases, which, including one new domestic case, brings the total number of cases to 862. The latest imported cases include three Taiwanese family members, a Swedish man, a Filipino woman, and a Burmese man. The cases had recently arrived from the U.S., U.K., the Philippines, and Myanmar, respectively.

Each had submitted negative results of tests taken within three days of their flight, and each was sent directly to their residence or an epidemic hotel upon arrival in Taiwan.

According to Chen, Cases 857, 858, and 859 are a Taiwanese woman in her 40s and a male and female child she arrived with, both under the age of 10. The three had lived in the U.S. for an extended period of time and returned to Taiwan on Jan. 4.

On Jan. 10, Case No. 857 began to experience a cough and general fatigue. On January 14, the woman developed a fever.

The health department arranged for all three to undergo a test for the coronavirus, and they were diagnosed with COVID-19 on Jan. 18. Because the three did not come in contact with any other persons during their quarantine and because medical personnel who interacted with them wore proper protective gear, no contacts have been listed in their cases.

He returned to Taiwan on Jan. 3. As he had been in the U.K., where a new mutant strain of the coronavirus has emerged, he was tested for the virus on Jan. 4.

The results came back negative. However, on Jan. 9, he began to experience a headache. As his quarantine was set to expire, he underwent another test for the disease on Jan. 16.

On Jan. 18, he tested positive for COVID-19. Since he had not interacted with others during his quarantine, no contacts have been listed for his case.

After the completion of her quarantine, she took a special vehicle to the hospital on Jan. 15 to undergo a coronavirus test at her own expense. She was diagnosed with COVID-19 on Jan. 18.

The health department has identified six contacts who rode with her in the same vehicle. Five of these passengers have been told to start home isolation, while the driver, who wore proper protective equipment, has been asked to begin self-health monitoring.

After his self-health management period ended, he underwent a test for the coronavirus. On Jan. 18, he tested positive for COVID-19.

As he did not come in contact with others during his quarantine and self-health management period and since medical personnel at the hospital wore adequate protective gear, no contacts have been listed in his case.

Since the outbreak began, Taiwan has carried out 137,512 COVID-19 tests, with 135,321 coming back negative. Out of the 862 officially confirmed cases, 762 were imported, 61 were local, 36 came from the Navy's "Goodwill Fleet," two were from the cargo pilot cluster, one is an unresolved case, and one (Case No. 530) was removed as a confirmed case.

Up until now, seven individuals have succumbed to the disease, while 756 have been released from hospital isolation, leaving 99 patients still undergoing treatment in Taiwan.