TAIPEI (Taiwan News) — The Trump administration has notified American companies that it will be revoking licenses to supply Chinese telecoms giant Huawei and that it plans to reject dozens of other applications currently under review.

The Semiconductor Industry Association said last Friday (Jan. 15) that the Commerce Department had issued “intents to deny a significant number of license requests for exports to Huawei and a revocation of at least one previously issued license,” according to an email seen by Reuters. Sources, who spoke on a condition of anonymity, told Reuters eight licenses were revoked from four firms.

The report noted that Intel was one of the companies notified. Japanese flash memory chip maker Kioxia Corp — formerly Toshiba Memory Corp — also had at least one license pulled.

The Commerce Department email said a “broad range” of semiconductor products were affected and asked companies if they had received notices. The email mentioned that companies had been waiting many months for license approval and that with less than a week left in Trump’s administration, dealing with the denials was a challenge.

Firms that received the notices have 20 days to respond, and the Commerce Department has 45 days to notify the companies of any decision change otherwise it becomes final. Companies would then have another 45 days to appeal, per the report.

Washington placed Huawei on the Commerce Department’s Entity List in May 2019, restricting U.S. companies from supplying goods and technology to the Chinese company. In May of 2020, it then expanded sanctions to include semiconductors made abroad using U.S. technology, requiring foreign companies to apply for licenses to supply Huawei.

One source told Reuters that around 150 licenses were pending for US$120 billion worth of goods and technology. An additional US$280 billion of licenses for supplies for Huawei have yet to be reviewed but are now looking at a higher chance of being denied.

The latest commerce department changes were decided upon over the course of six meetings that started on Jan. 4 between senior officials from the departments of Commerce, State, Defense, and Energy. The move came after pressure from a recent Commerce Department appointee, Corey Stewart, who wanted to implement stricter policies on China.

Huawei has been accused by the U.S. of being a threat to national security and foreign policy interests due to its close relationship with the Chinese Communist Party. Huawei has repeatedly denied that it takes orders from Beijing. 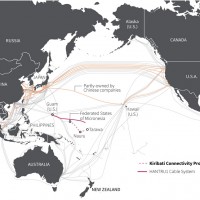 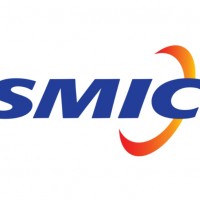