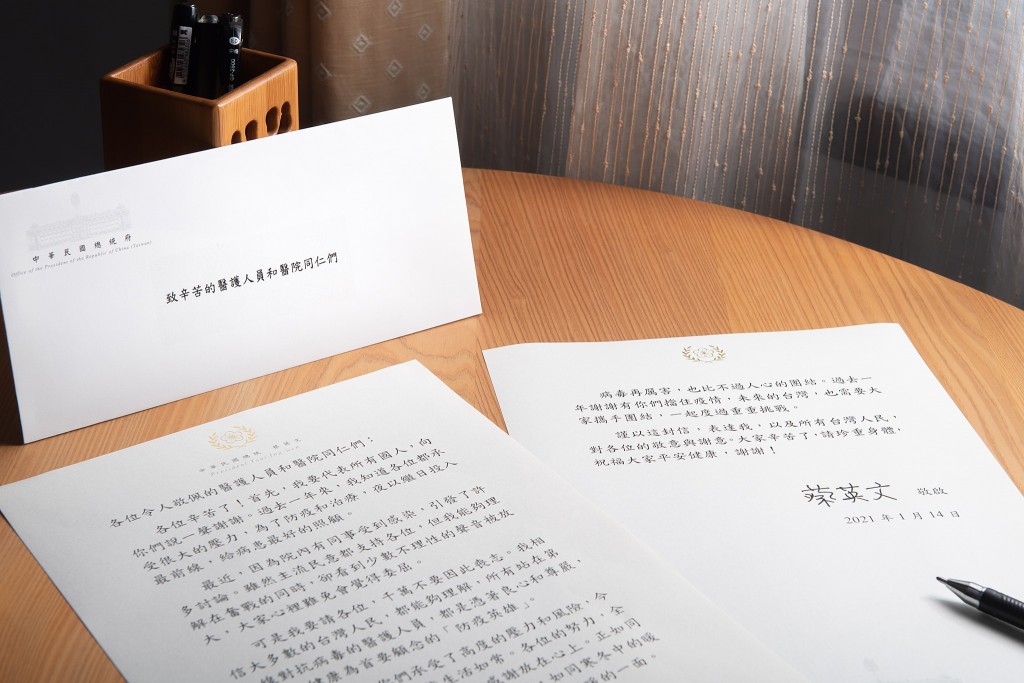 In a Facebook post published on Sunday (Jan. 17), Tsai said she had sent a letter to a hospital in northern Taiwan after two of its medical workers tested positive for coronavirus last week. She thanked the hospital staff for their hard work and courage, while also pointing out that most of them had stayed up all night following reports of the two domestic infections.

Tsai said although two more coronavirus cases had been reported from the hospital since then, it is not the time for the Taiwanese to feel discouraged. She urged the public to continue its support for the medical workers and follow epidemic prevention measures.

In her letter, Tsai noted that the country's medical workers have been under immense pressure since the global outbreak began last year. While some irrational voices in the community have criticized the hospital for the recent domestic infections, most Taiwanese can appreciate the sacrifices their "medical heroes" had to make, she said.

Tsai stressed that the medical workers' willingness to risk their health at work is the reason why life in the nation has been normal despite the pandemic. The president added that she would like to thank all frontline workers on behalf of the 23 million Taiwanese, adding that "unity" is the key to overcoming the ongoing crisis.