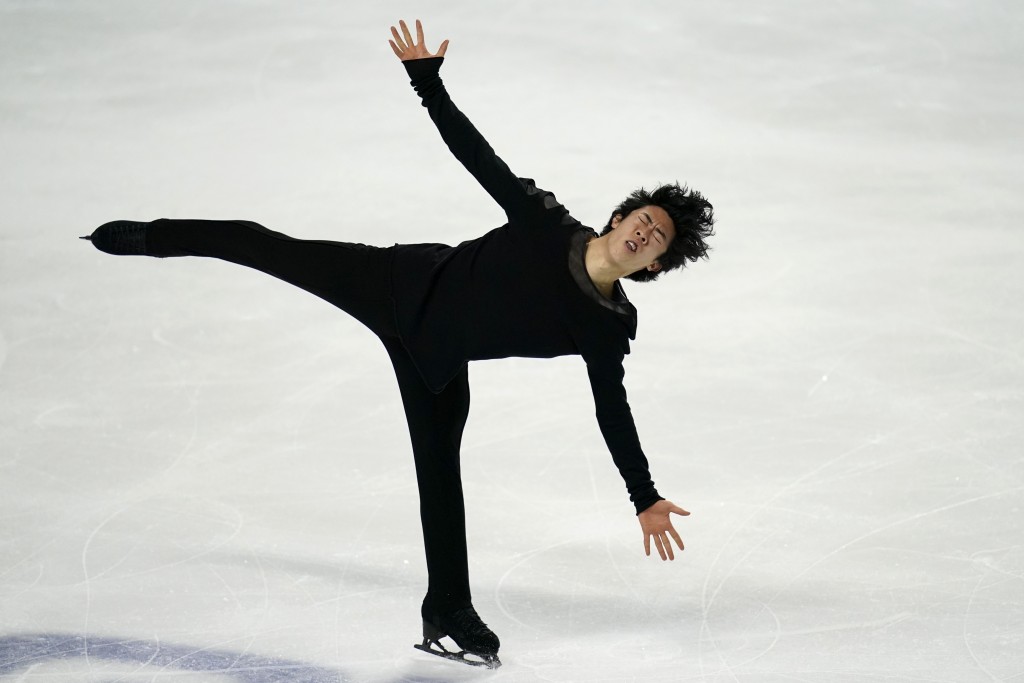 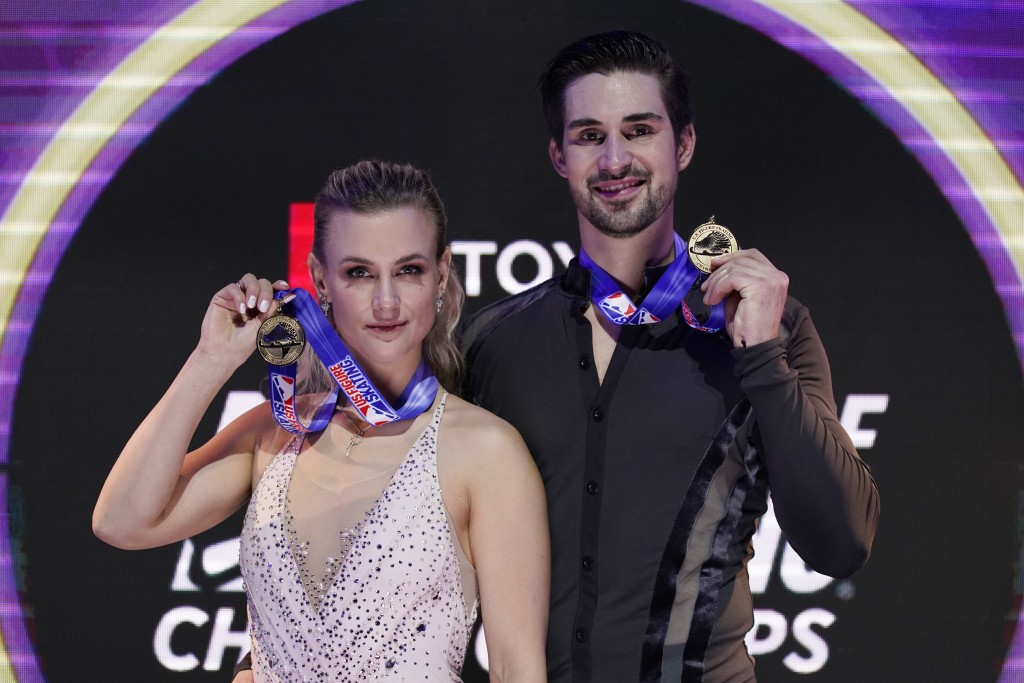 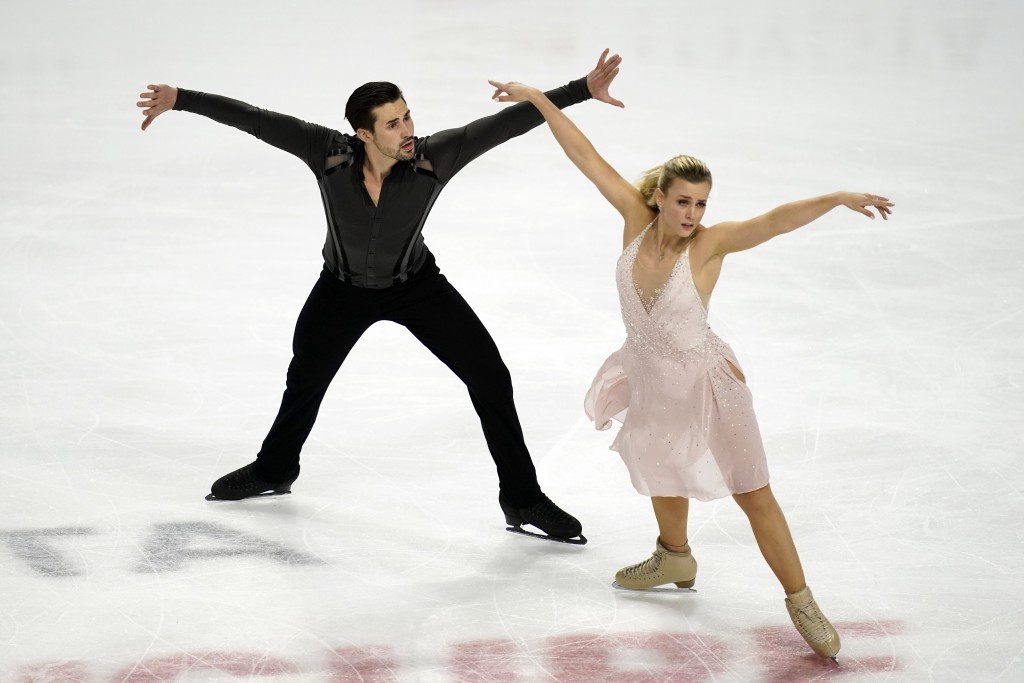 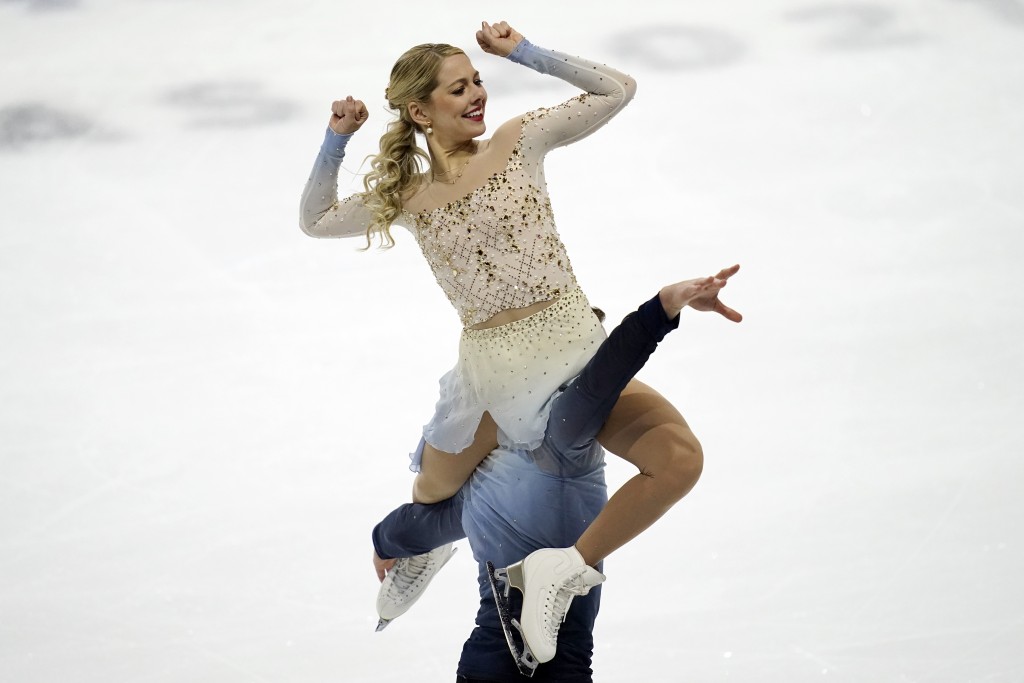 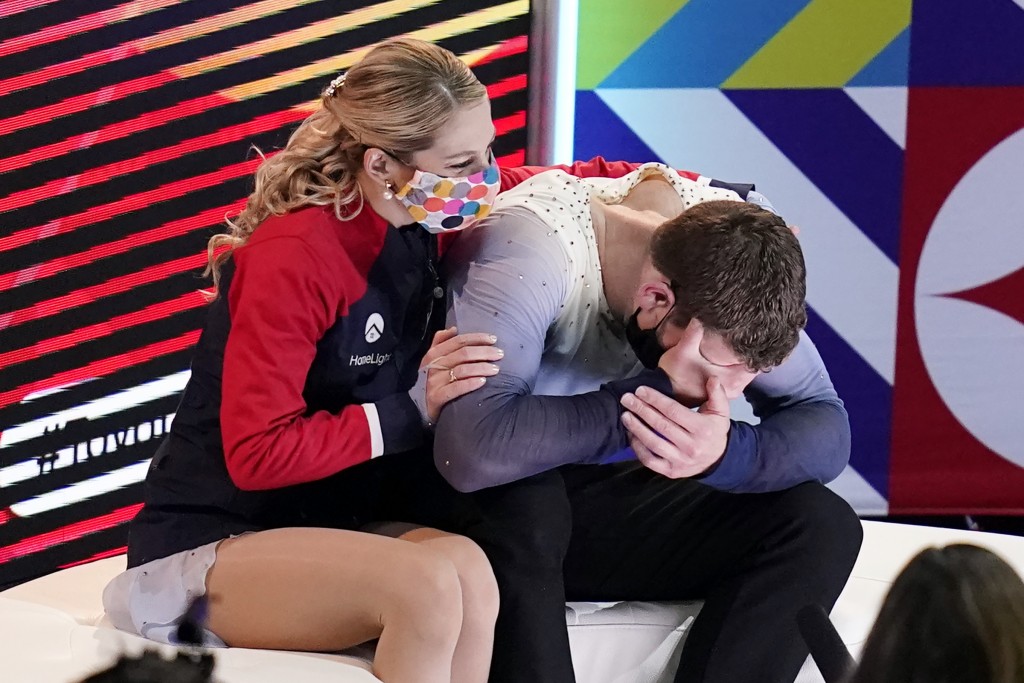 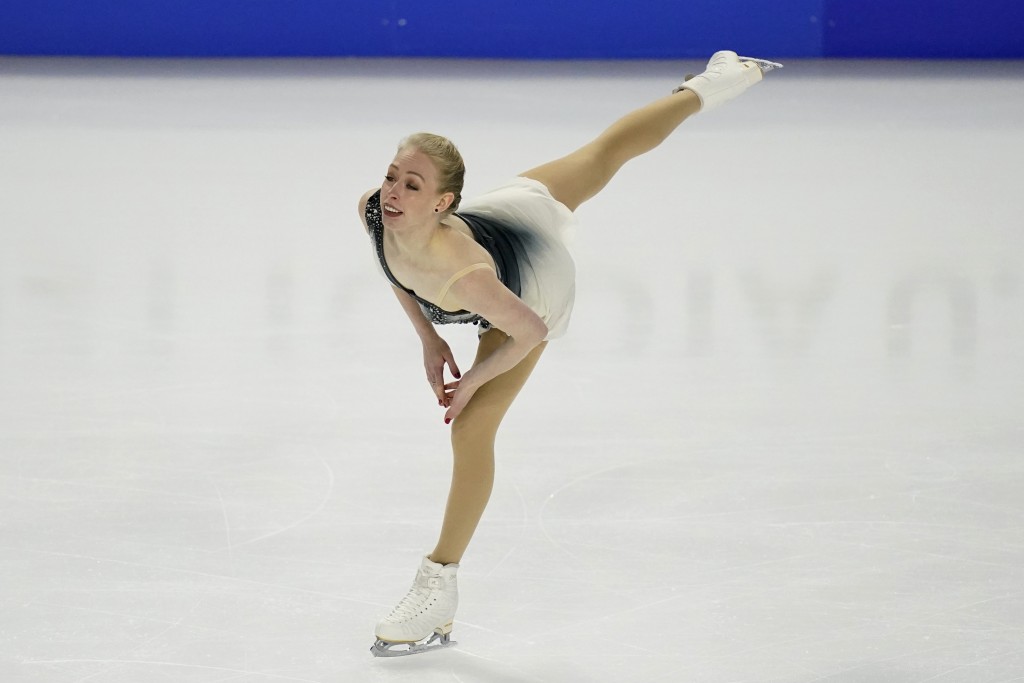 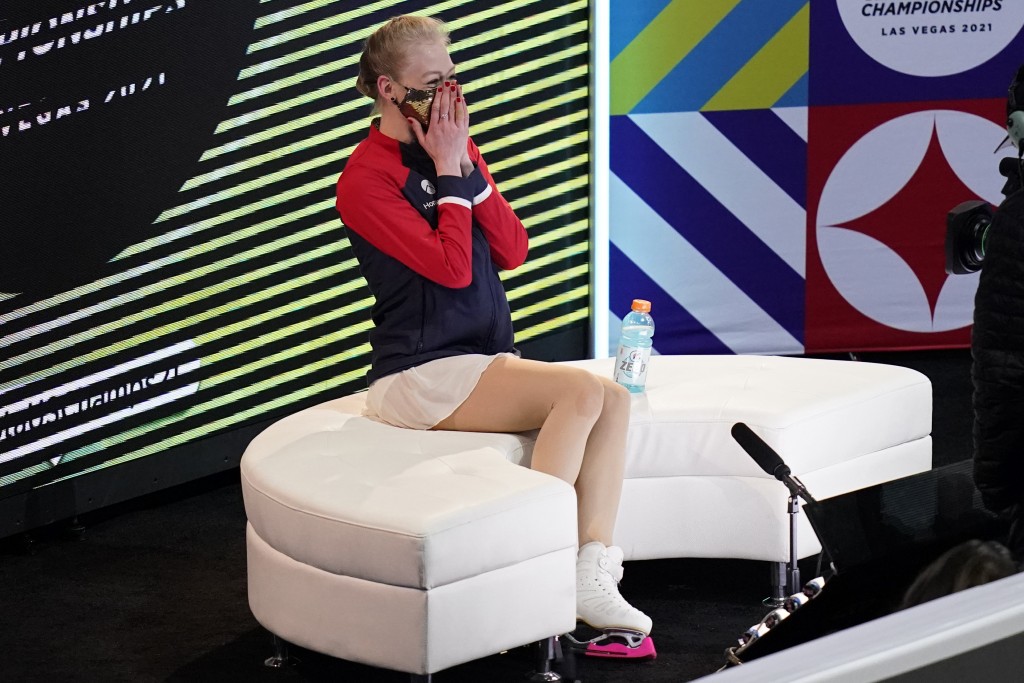 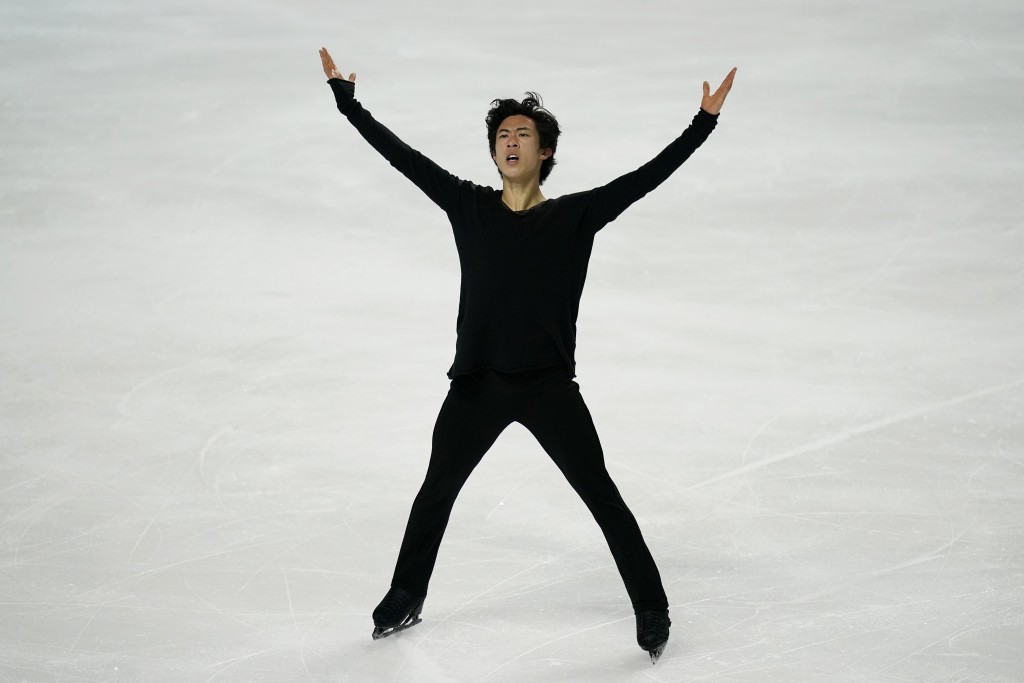 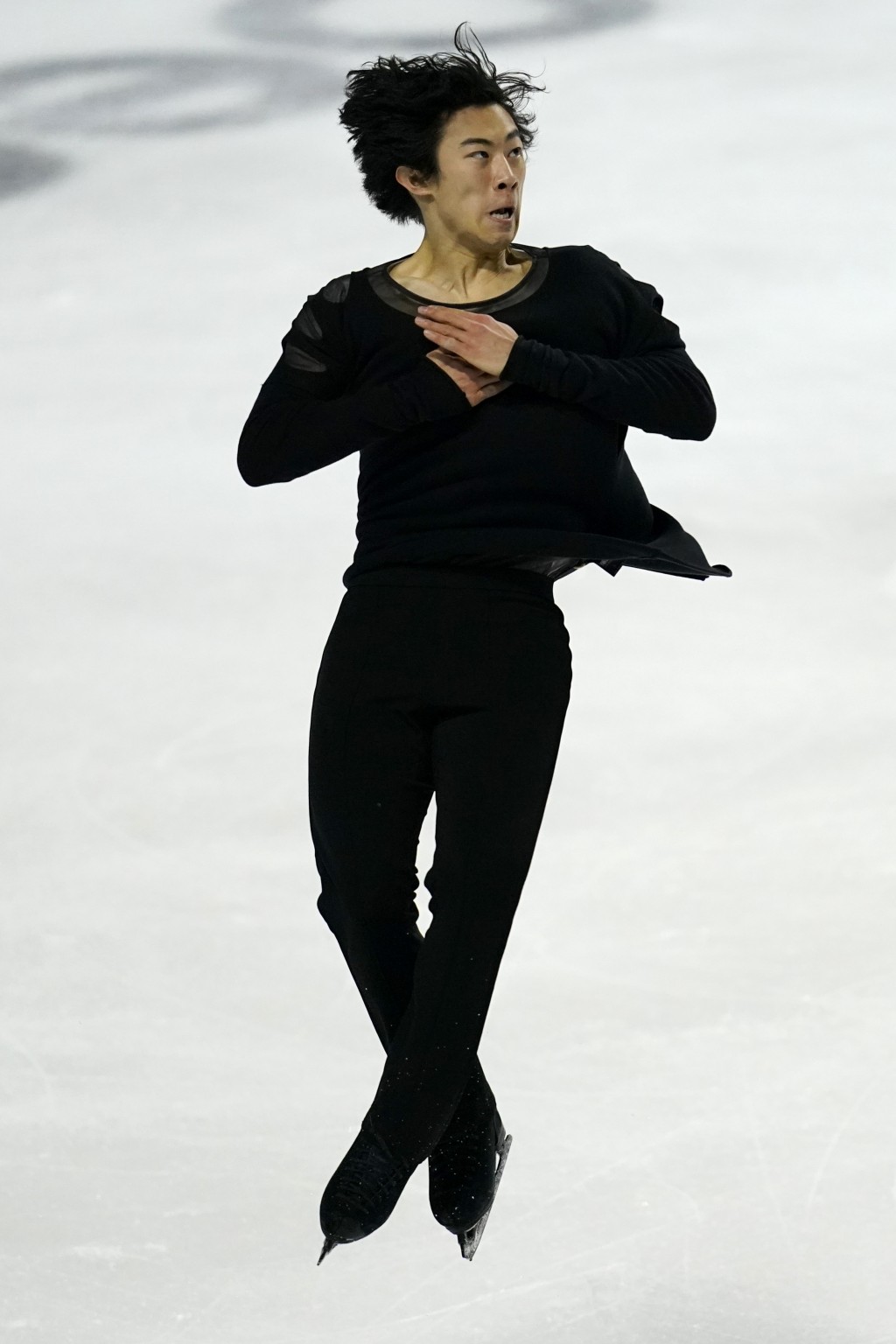 LAS VEGAS (AP) — Even with an error at the beginning of his free skate, Nathan Chen was unbeatable Sunday, winning his fifth straight U.S. Figure Skating Championship.

Not since Dick Button won each title from 1946-52 has any American man had such a streak of success. Throw in two world championships and being unbeaten since not medaling at the 2018 Olympics, and Chen already has a resume for the ages.

“It's incredible to try to follow in his footsteps,” Chen said of Button, a two-time Olympic winner.

Chen pretty much ignored the rough beginning of his free skate, when he put his hands down and stepped out of a quad lutz. He hit four more quads, three in combination, and a triple axel deep into his program. There was a fluidity to his choreography and spins, and his 322.28 points were unmatchable by anybody in the field.

“I was a little timid today. Honestly that’s on me," Chen said. "I feel like I didn’t really tackle my elements. I was focusing on conserving energy. That’s not the right approach. I think that’s what caused the first element to have an error. The rest of the program I was trying to make sure I stayed on my feet. That was my mindset throughout the program.

"Wasn’t really exactly the skate I’d like to have, but at least I was able to stand up on all the rest of the jumps and I guess move on from here.”

His main challengers couldn't stand up throughout their free skates, and Vincent Zhou's 291.38 total wasn't in the same stratosphere as Chen. Zhou popped a quad flip and fell on a quad lutz, but the 2018 Olympian still held on to second place.

Jason Brown, the final competitor at these fan-less nationals at the Orleans Arena — they were moved from San Jose, California, due to the COVID-19 pandemic — stayed in third place at 276.92 points.

Chen fell all over the ice in the short program at the Pyeongchang Games, then was spectacular in winning the free skate to begin what now is nearly three years of being on the top step of the medals podium. He won the 2018 worlds — two-time Olympic champion Yuzuru Hanyu was injured and skipped them — and then took worlds again in 2019.

But the coronavirus pandemic caused cancellation of last year's worlds in Montreal, as well as this season's Grand Prix final. So only at Skate America in October was Chen able to strut his stuff.

So it's understandable and excusable if he wasn't at his peak Sunday. And really no matter, too.

"Super thrilled with the results," he said.

Other winners at nationals, which could be the last significant competition of the season should worlds in March at Stockholm be canceled for the second straight year, were: Bradie Tennell with her second women's title; Madison Hubbell and Zach Donohue for their third ice dance championship; and Alexa Knierim and Brandon Frazier in pairs.

Knierim had won two titles with husband Chris, who retired before this season, and Frazier had earned on with previous partner Haven Denney.