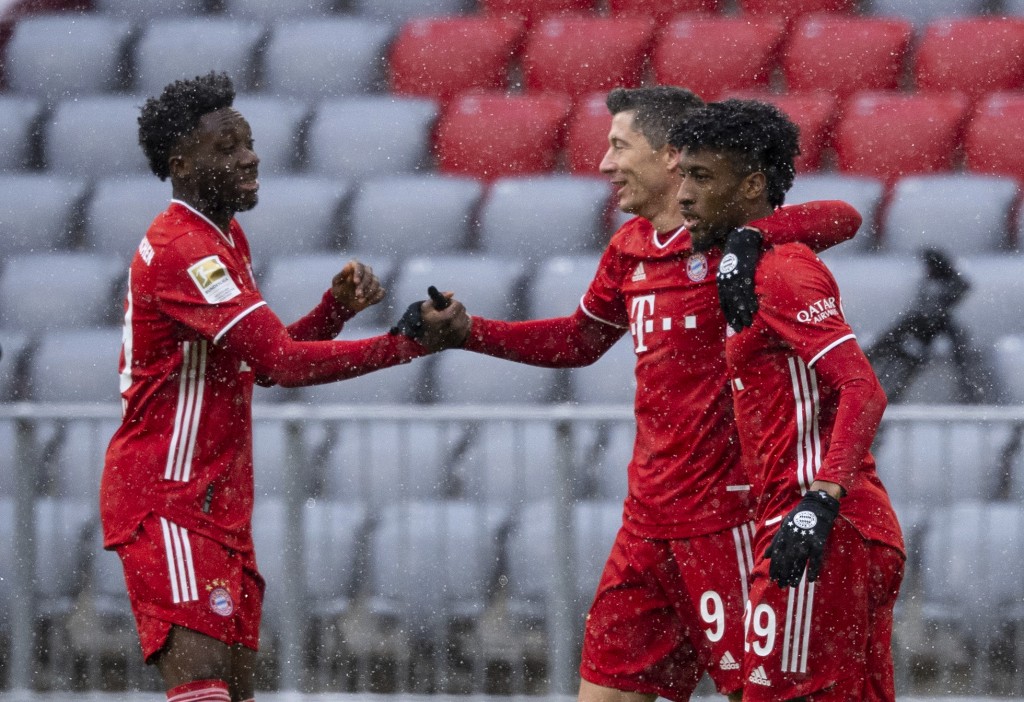 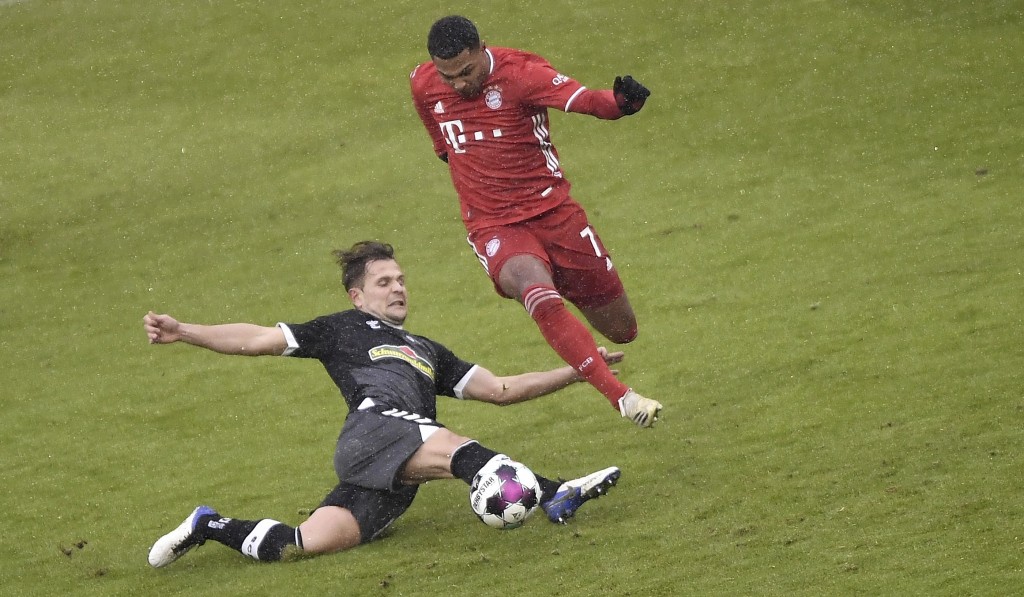 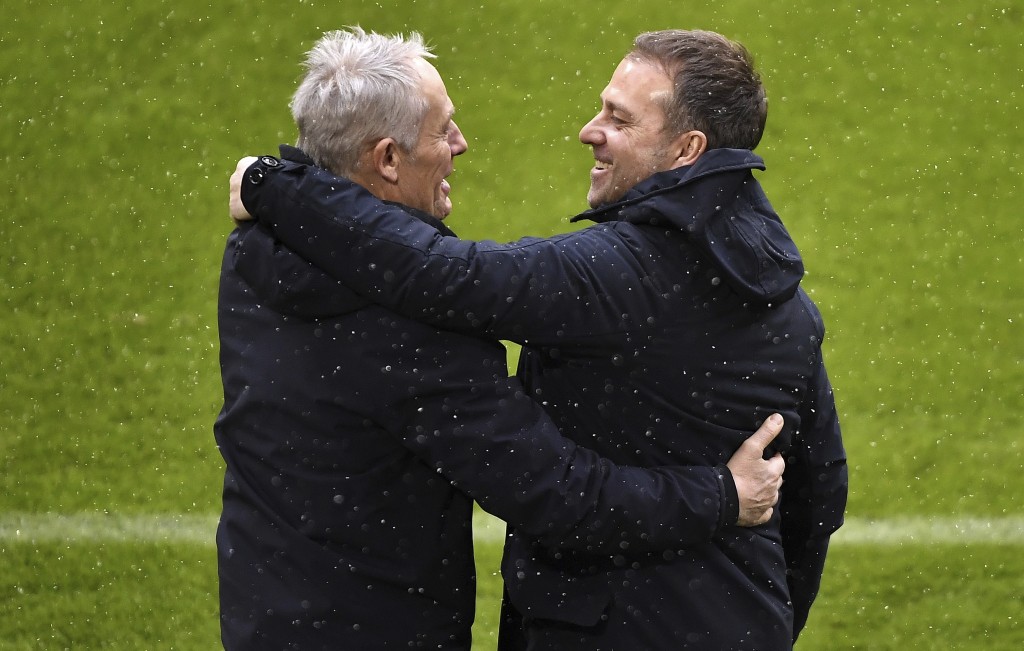 MUNICH (AP) — Bayern Munich opened up a four-point lead in the Bundesliga on Sunday as the German champion beat Freiburg 2-1 to return to winning ways after two rare defeats.

Thomas Müller knocked in the winning goal in the 74th minute on a snowy day in Munich to avoid a third winless game in a row, which would have been a record under coach Hansi Flick. The victory came after a 3-2 loss to Borussia Mönchengladbach in the league and elimination from the German Cup on penalties against second-division Holstein Kiel.

Even after Bayern slipped up, its title rivals have failed to take advantage. When Bayern lost to Gladbach last week, second-place Leipzig lost to Borussia Dortmund and followed up Saturday with a draw at Wolfsburg. Third-place Bayer Leverkusen and fourth-place Dortmund are in similarly mixed recent form.

After Bayern had an early penalty appeal for handball turned down on video review, Robert Lewandowski gave Bayern the lead in the seventh minute when he found space in the penalty area from a Müller pass.

Lewandowski had another shot deflected onto the crossbar in the 59th. Shortly after, Freiburg won a corner and substitute Nils Petersen scored with his first touch of the game at the far post with a diving header. That meant Bayern has conceded at least one goal in 11 Bundesliga games in a row since October.

With Bayern seemingly heading for a draw, Leroy Sané directed a Kingsley Coman cross on for Müller to score with a low shot, adding a goal to his earlier assist. Petersen hit the crossbar for Freiburg in stoppage time.

Eintracht Frankfurt plays Schalke later Sunday in what could be Serbian striker Luka Jovic's first game for Frankfurt since returning to Germany on loan from Real Madrid.