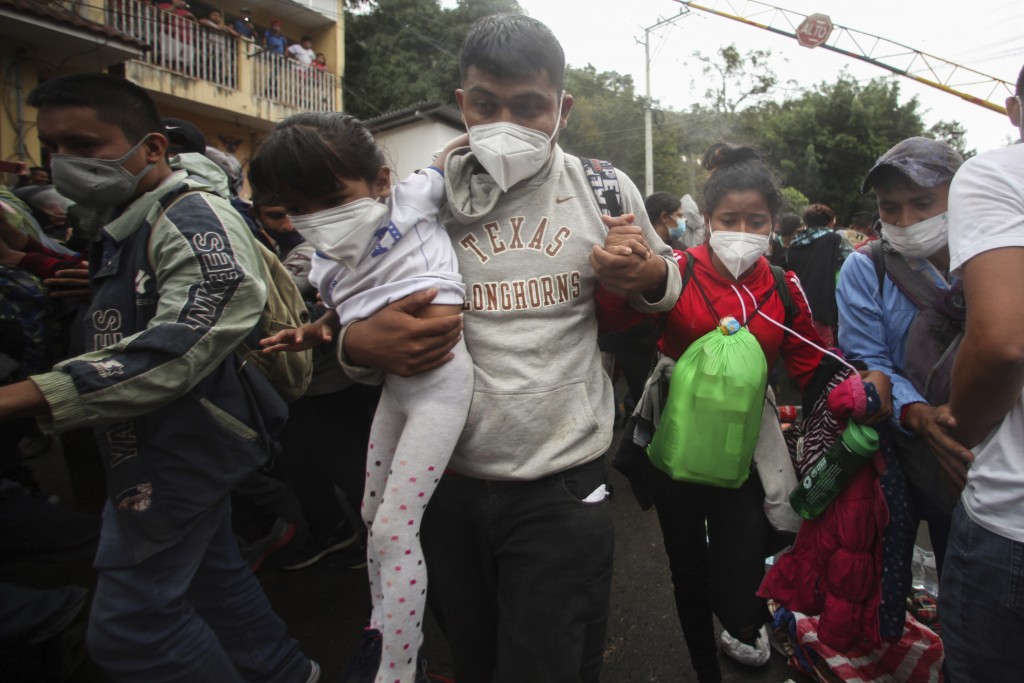 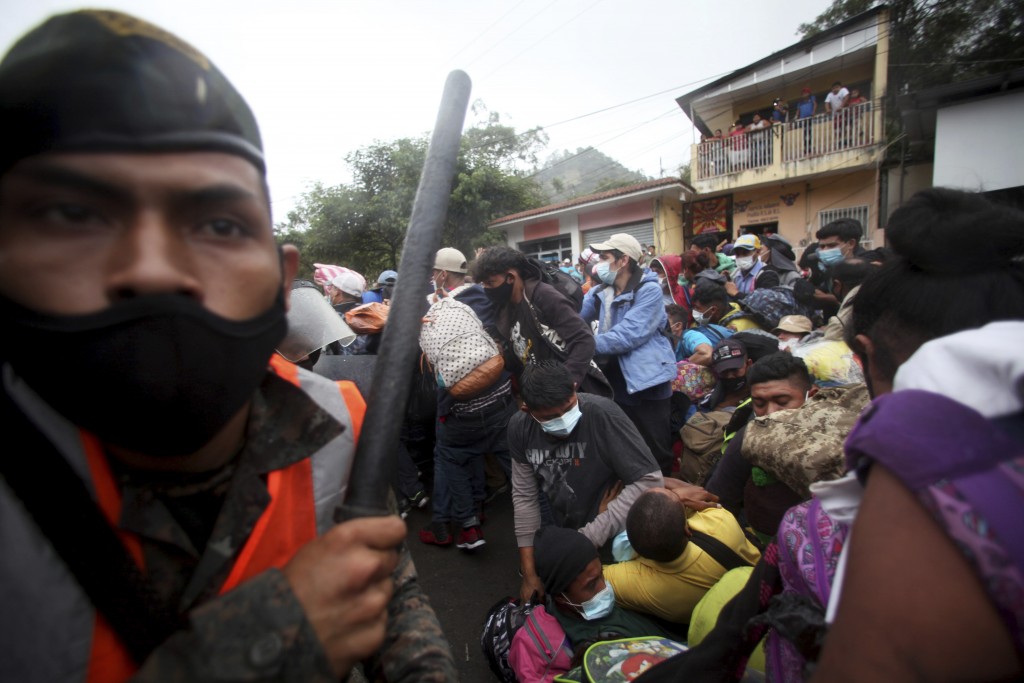 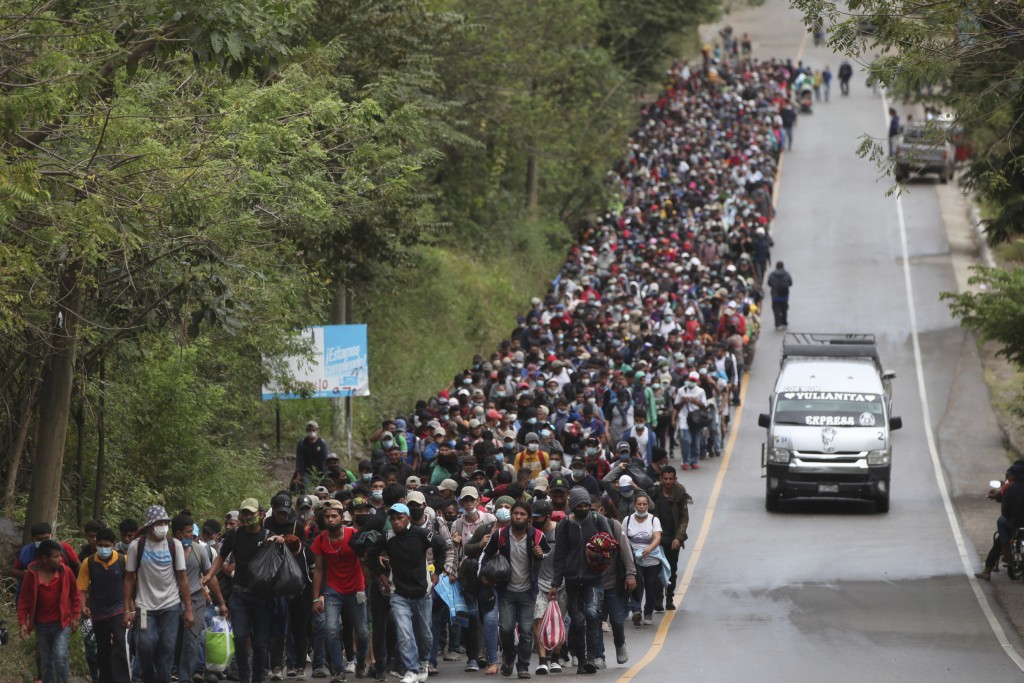 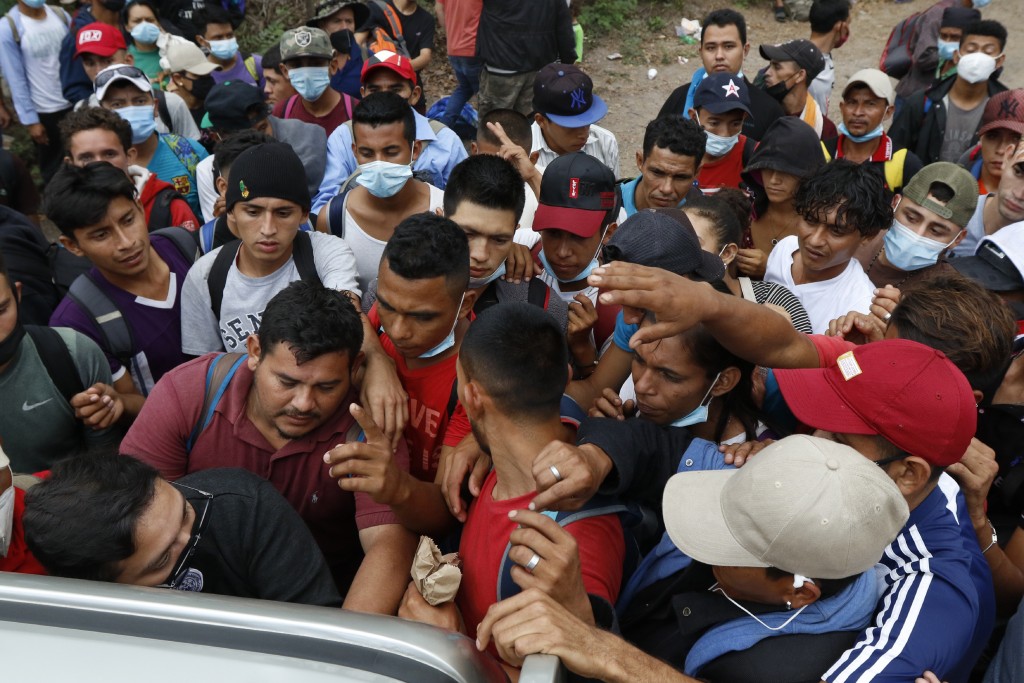 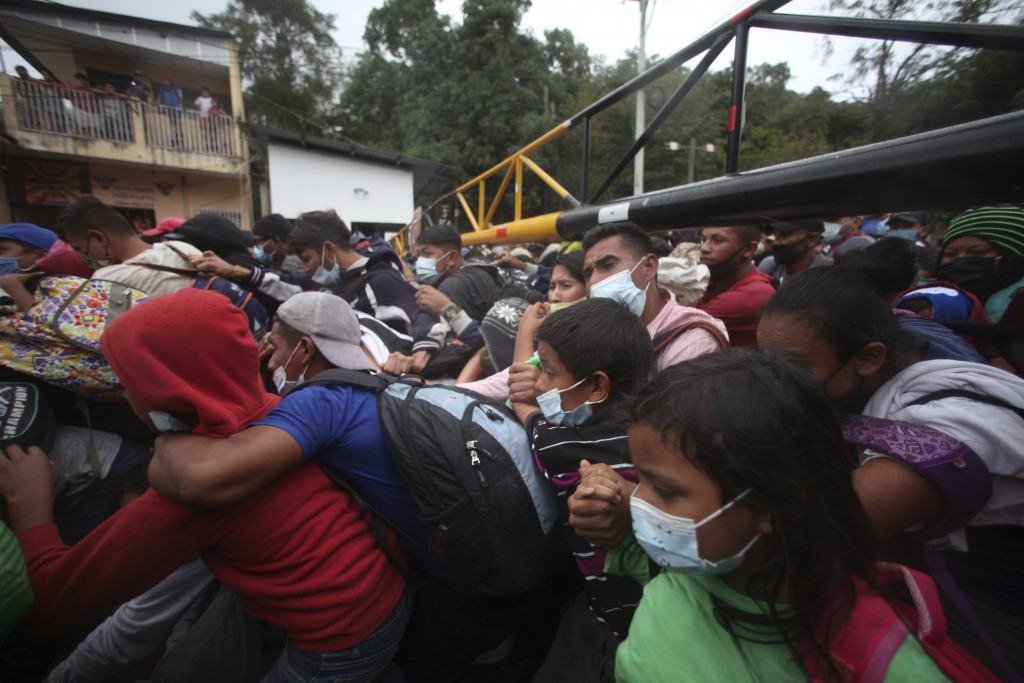 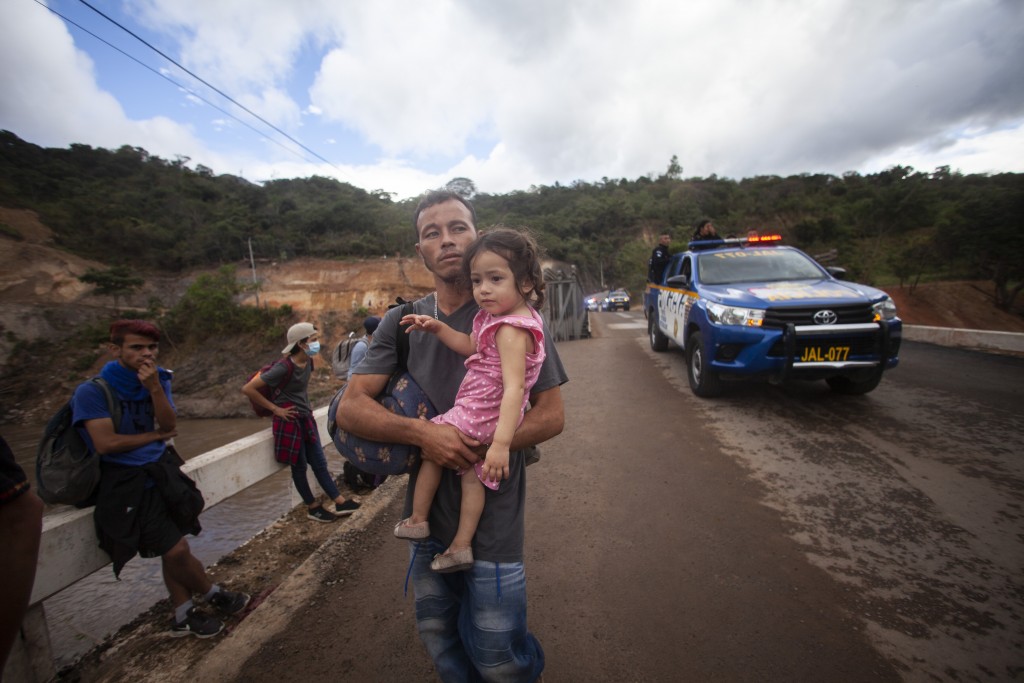 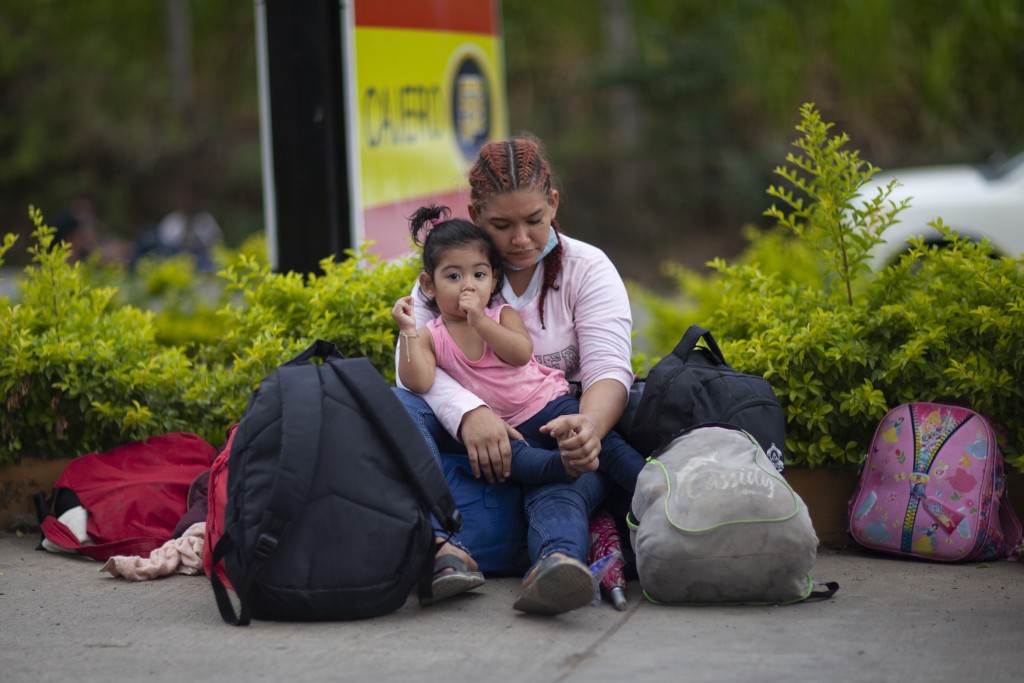 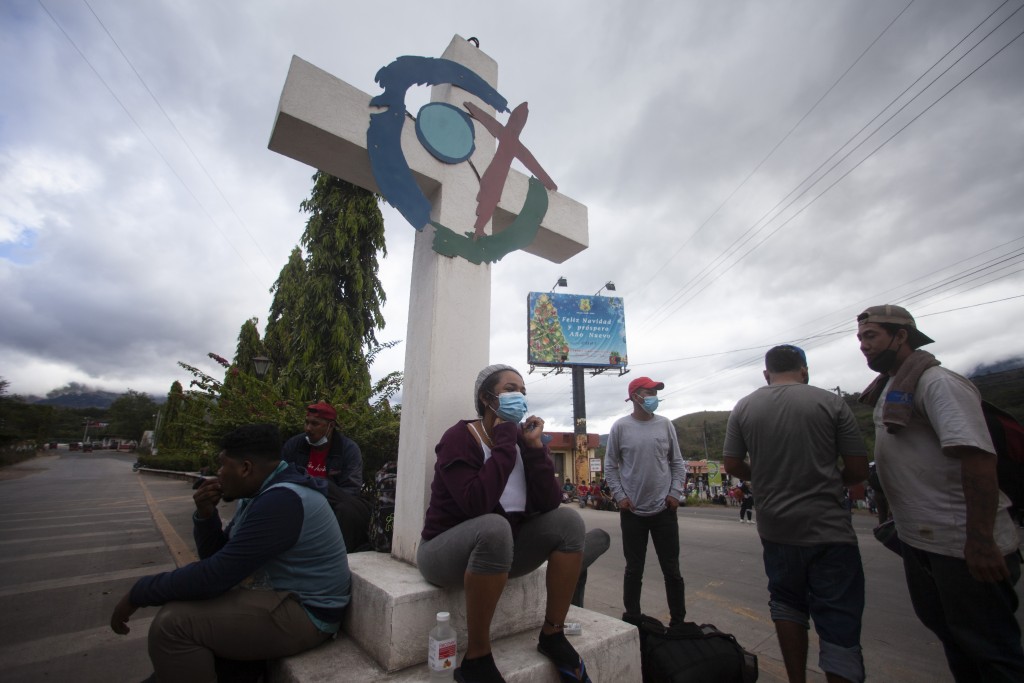 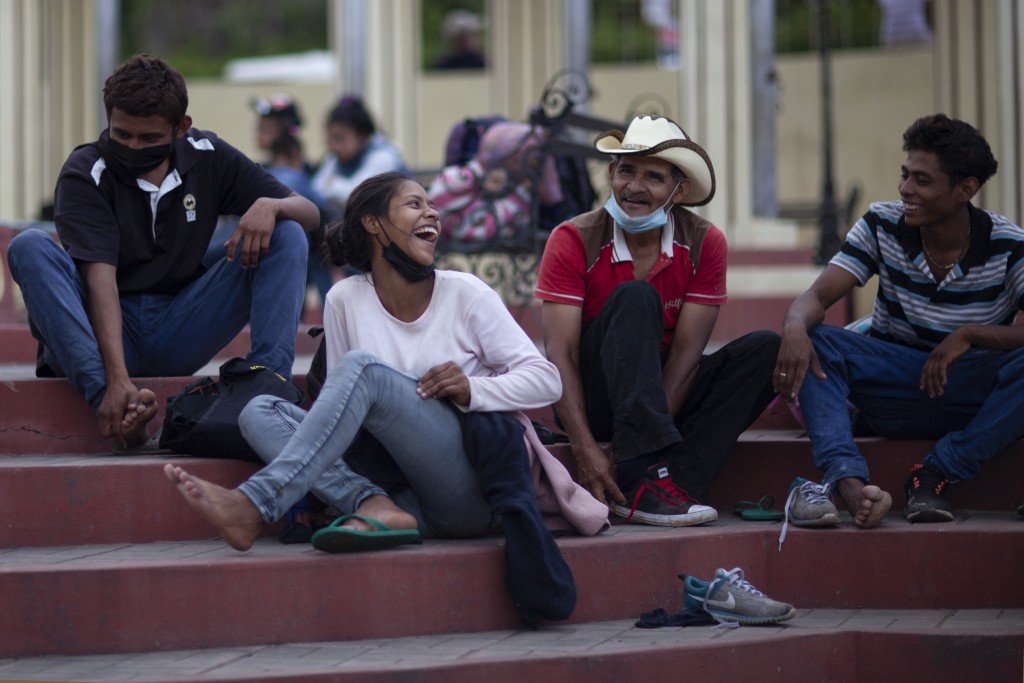 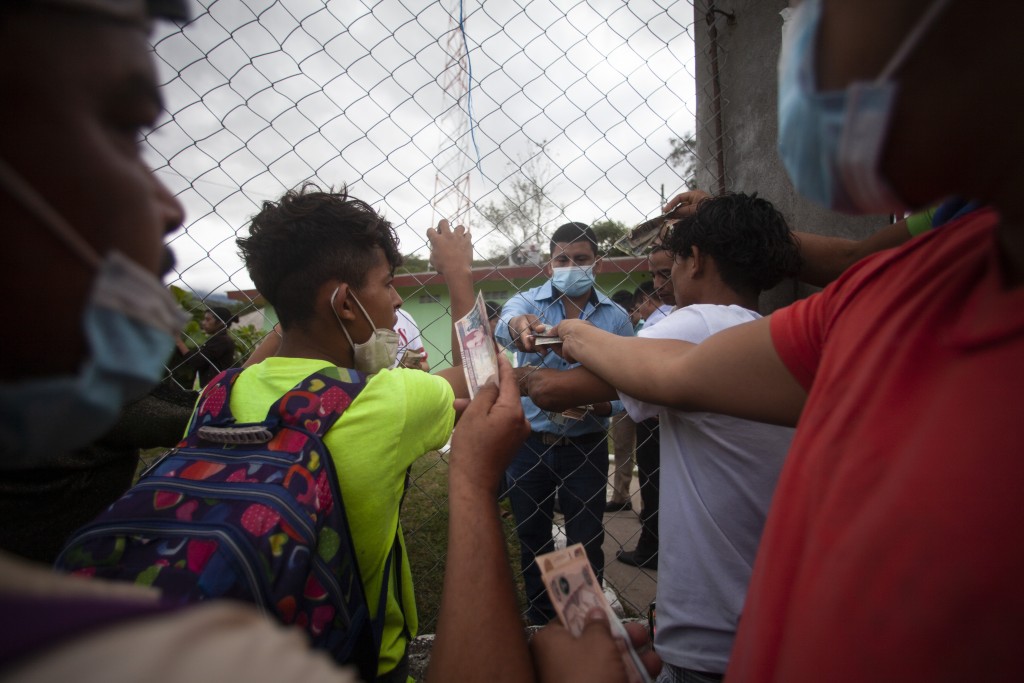 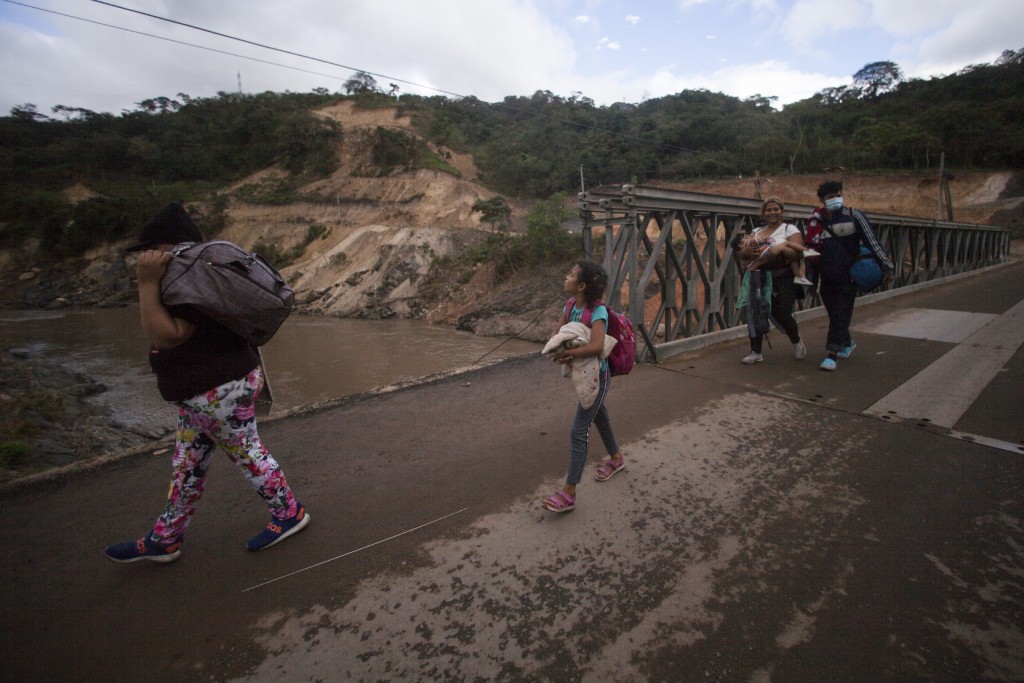 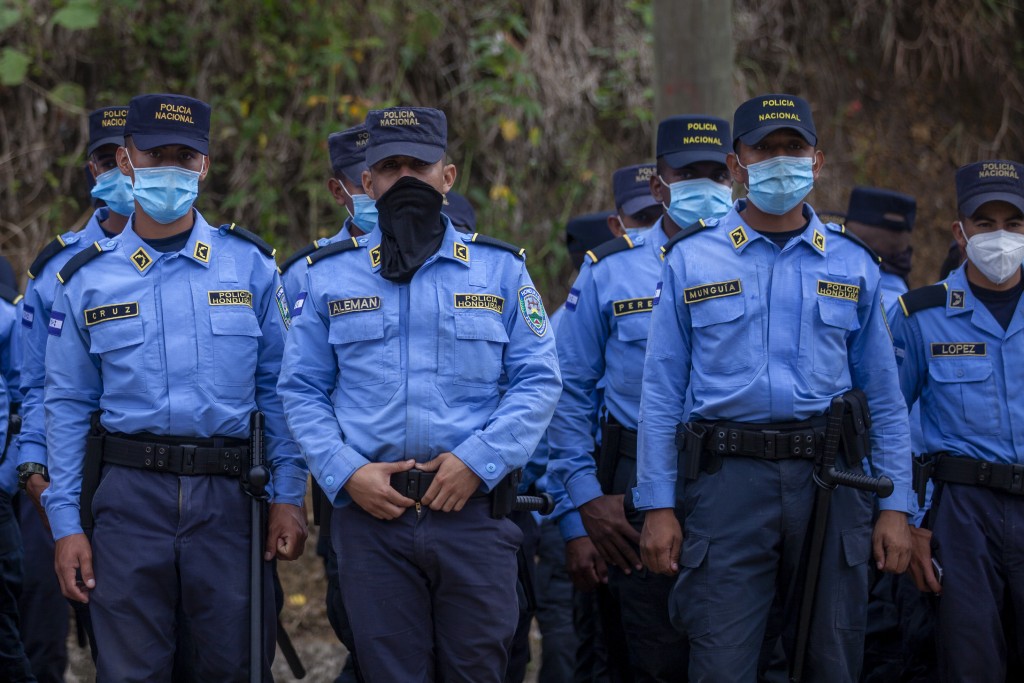 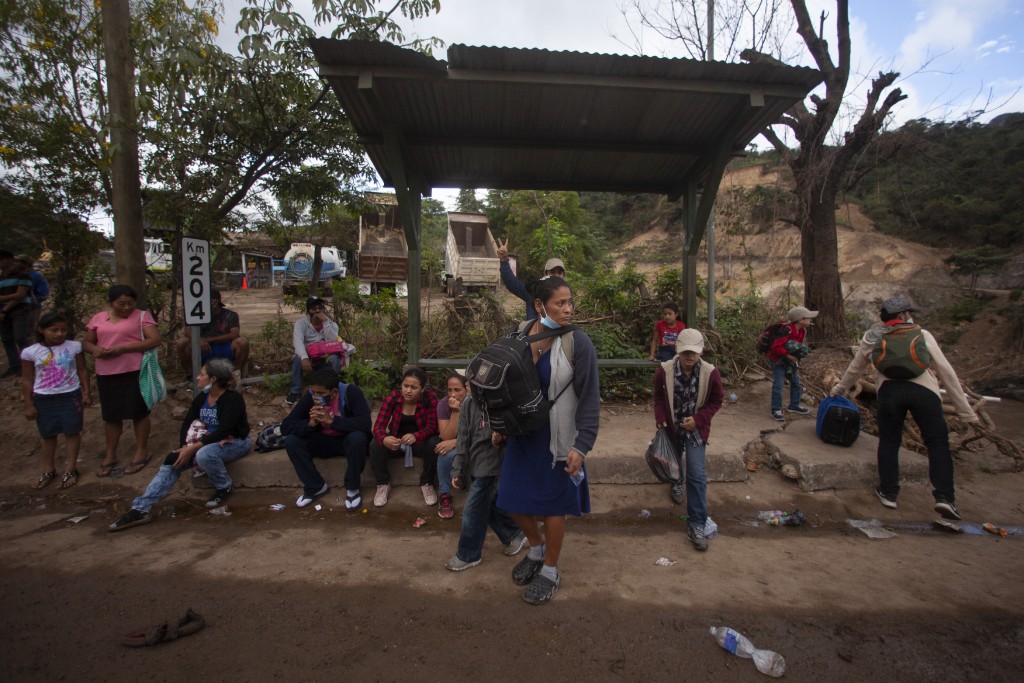 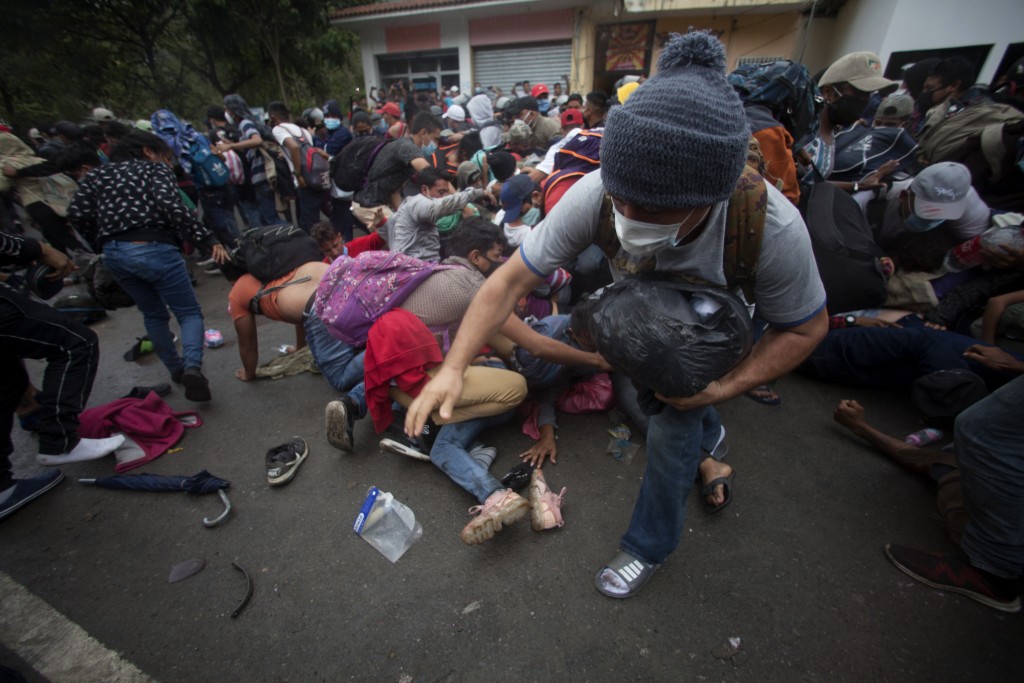 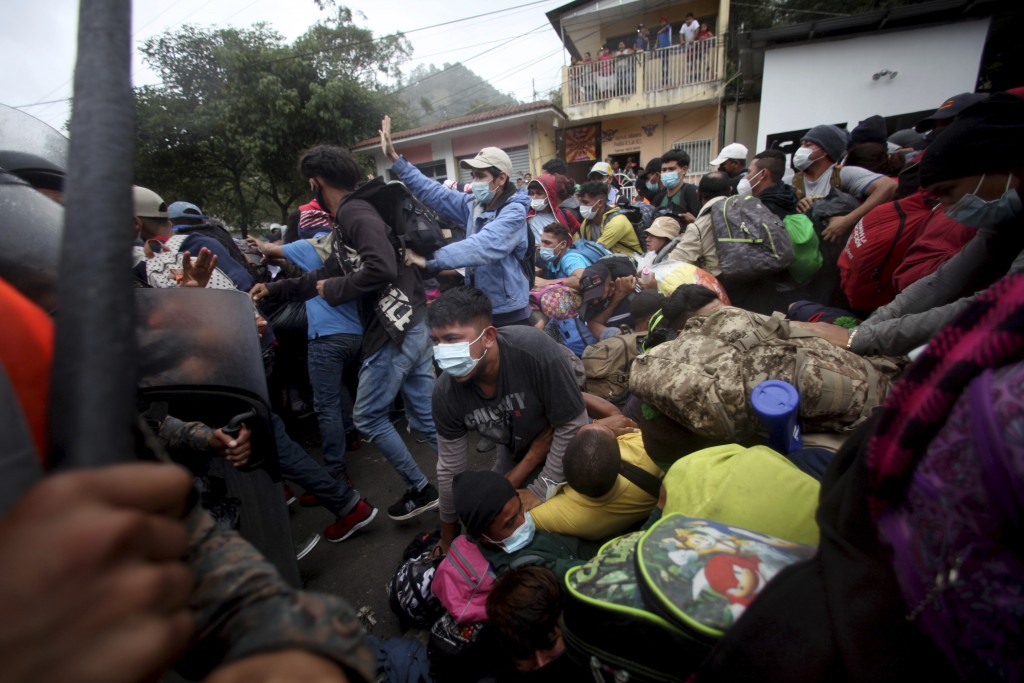 GUATEMALA CITY (AP) — Guatemalan authorities estimated Saturday that as many as 9,000 Honduran migrants had crossed into Guatemala as part of an effort to form a new caravan to reach the U.S. border.

Guatemalan President Alejandro Giammattei issued a statement calling on Honduran authorities “to contain the mass exit of its inhabitants.” The migrants pushed past about 2,000 police and soldiers posted at the border Friday and Saturday, and most entered without showing the negative coronavirus test that Guatemala requires.

“The government of Guatemala regrets this violation of national sovereignty and calls on the governments of Central America to take measures to avoid putting their inhabitants at risk amid the health emergency due to the pandemic," Giammattei's statement continued.

Mexico continued to drill thousands of National Guard members and immigration agents on its southern border, in a show of force meant to to discourage the caravan from crossing into Mexico.

On Friday night, two groups of more than 3,000 Honduran migrants each pushed their way into Guatemala without registering, a portion of a larger migrant caravan that had left the Honduran city of San Pedro Sula before dawn. A third group entered Guatemala Saturday.

Video shared by the Guatemala Immigration Institute showed cheering people streaming in while border agents looked on and tried to keep them from blocking traffic.

The Honduran migrants walked deeper into Guatemala, driven by deepening poverty and the hope of a warmer reception if they can reach the United States border. However, several previous attempts at forming caravans have been broken up by Mexico, Guatemala and Honduras.

On Friday, the migrants had set out at about 4 a.m. from San Pedro Sula, young men and entire families carrying sleeping children. Some quickly caught rides while others walked along the highway escorted by police.

Before the large breach Friday night, Guatemalan authorities had reported picking up only small groups of Hondurans and returning them to the border. But Guatemala has set up almost a dozen control points on highways, and may start busing more migrants back to Honduras.

Mainor Garcia, a 19-year-old laborer from San Pedro Sula, carried a purple knapsack as he walked along the highway early Friday. He said he was scared about the journey, but willing to run the risk. “(Hurricanes) Eta and Iota destroyed all of our homes,” he said.

“There’s no choice” but to leave, said 25-year-old Oscar Zaldivar, a driver from Cofradia. “You have to leave here, this country because we’re going to die here.”

The International Committee of the Red Cross said in a statement Friday that "The combination of COVID-19, social exclusion, violence and climate-related disasters that occur at the same time with a magnitude seldom seen before in Central America raises new humanitarian challenges.”

The migrants leave with little certainty about how far they will make it. Regional governments have recently appeared more united than ever in stopping their progress.

Francisco Garduño Yáñez, head of Mexico’s National Immigration Institute, said in a statement Friday that his country has “to guarantee our national territory” and called for "an orderly, safe and legal migration with respect for human rights and with humanitarian policies.”

On Wednesday, the 11-nation Regional Conference on Migration “expressed concern over the exposure of irregular migrants to situations of high risk to their health and their lives, primarily during the health emergency.”

On Thursday, Mexican officials said they had discussed migration with U.S. President-elect Joe Biden’s pick for national security adviser, Jake Sullivan, and raised “the possibility of implementing a cooperation program for the development of northern Central America and southern Mexico, in response to the economic crisis caused by the pandemic and the recent hurricanes in the region.”

When hundreds of Hondurans tried to form a caravan last month, authorities stopped them before they even reached the Guatemala border. Other attempted caravans last year were broken up by Guatemalan authorities before they reached Mexico.