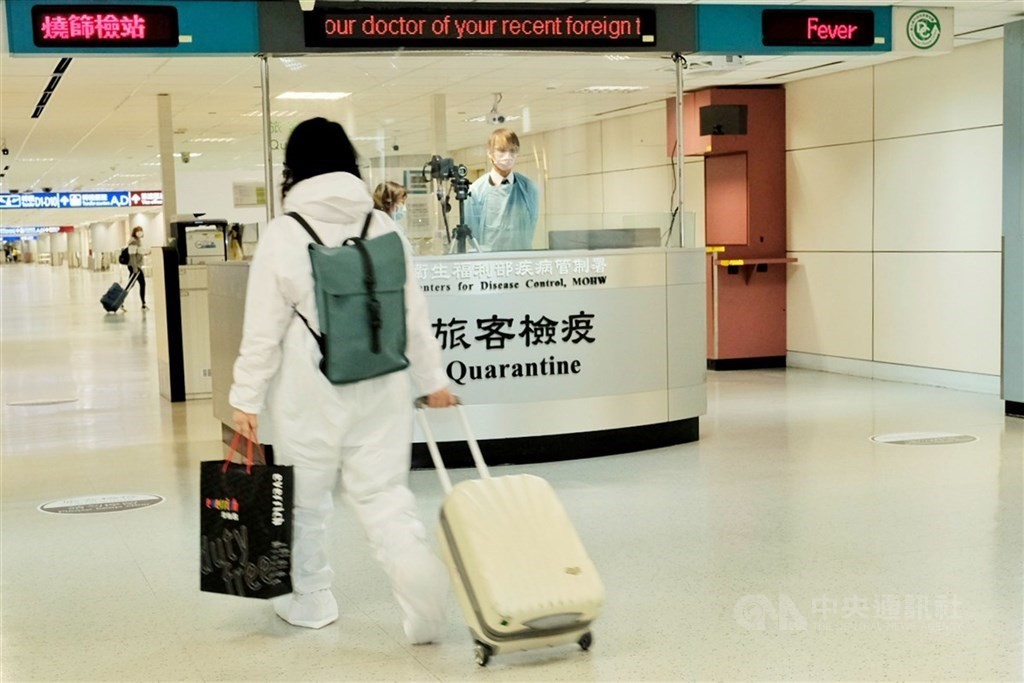 Official Cases No. 845 and No. 846 are male Filipino migrant workers who arrived in Taiwan on Dec. 24, the Central Epidemic Command Center (CECC) said. Both have been asymptomatic throughout and only tested positive after the end of the seven-day period of self-health monitoring following their 14-day quarantines. No contacts have been listed, as they have remained isolated since their arrival.

Case No. 847 is a Russian man in his 50s who arrived on Jan. 5 for work. He lost his sense of smell on Jan. 13 while staying at a quarantine hotel, leading to a coronavirus test which came out positive Saturday.

An Indonesian fisheries worker in his 20s is patient No. 848. He is part of a group in which two others had tested positive and were listed as Cases 841 and 842. The new patient tested negative during the same round of testing, but a second test turned out to be positive.

Case No. 849 is a fisheries worker in his 40s from the Philippines. He arrived in Taiwan on Dec. 30 and went through the required quarantine process before his employer organized an extra test, which was positive. Six people who shared the same vehicle with him have been asked to undergo self-health monitoring.

Case No. 850 is a Taiwanese woman in her 40s who returned from the U.S. with a relative listed as Case 817. Upon arriving on Jan. 3, she immediately notified health authorities that she was not feeling well. A test at the airport did not reveal any coronavirus infection, however.

A second test on Jan. 5 during her home isolation also proved negative, but she later experienced coughing and lost her sense of smell. A third test conducted on Jan. 13 delivered a positive result Saturday, the CECC said.

A Taiwanese man in his 30s returning from work in South Africa has been listed as Case No. 851. On Jan. 6, during home isolation, he began suffering from diarrhea.

A test he paid for at a hospital on Jan. 14 turned out to be positive. Four of his relatives were asked to self-isolate at home, and another was told to self-health monitor.

One of Taiwan’s officially registered cases, No. 530, was later dismissed, which is why Taiwan's official total reached 851 Saturday even though there have only been 850 COVID-19 patients.

Of the tally, 753 cases were imported, 58 were local, 36 originated from the Taiwan Navy’s "Goodwill Fleet," two were infected on a flight, and one was classified as unresolved.

The country has counted seven coronavirus deaths, the most recent occurring in May. As of Saturday, a total of 92 patients are still being cared for at hospitals, with 751 having been released from care, according to the latest CECC statistics.