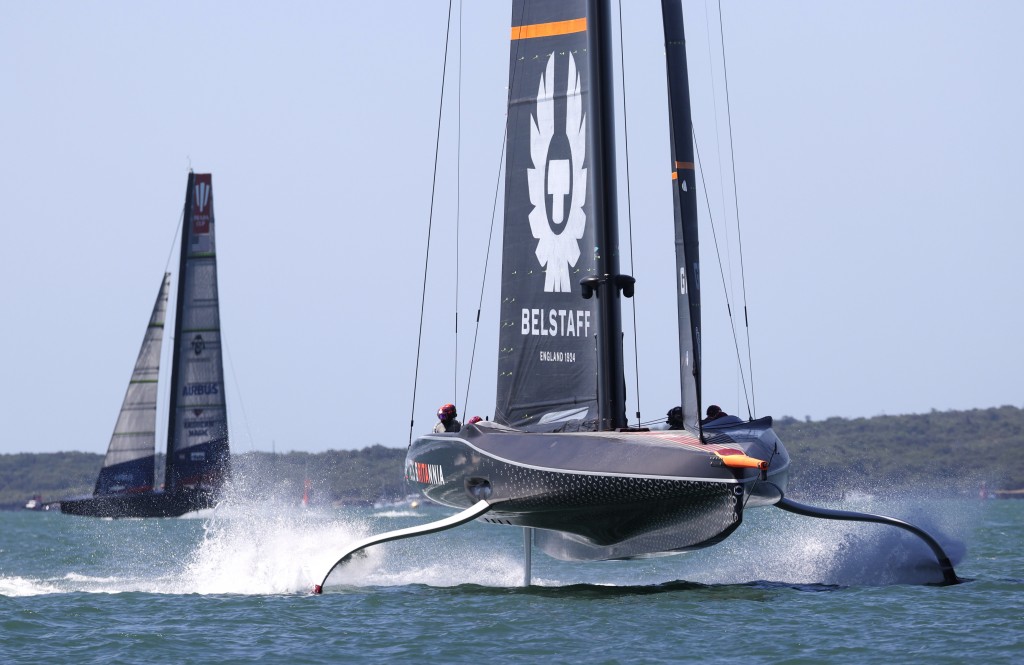 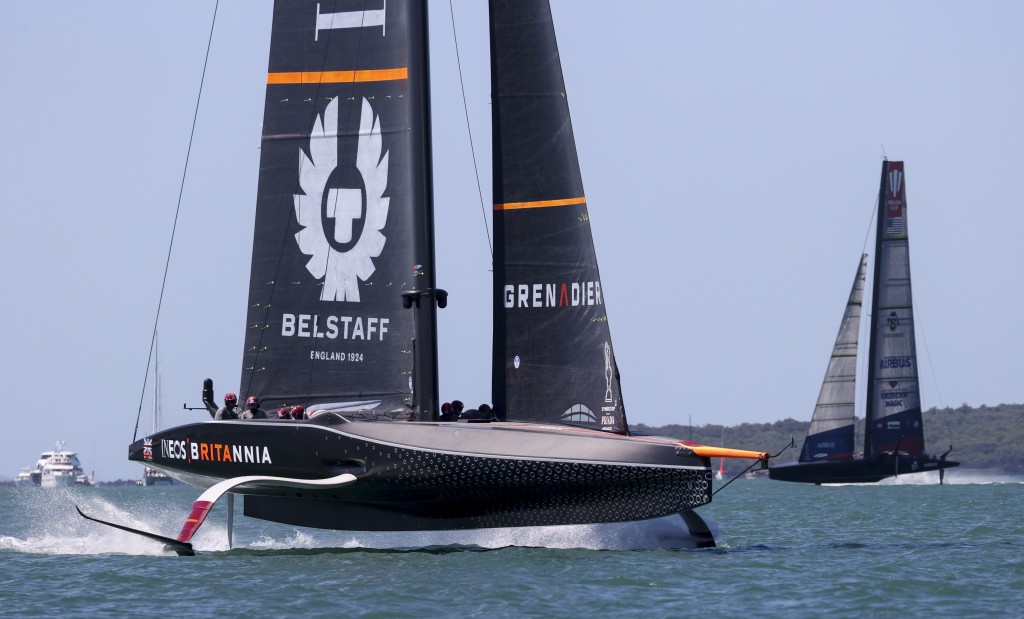 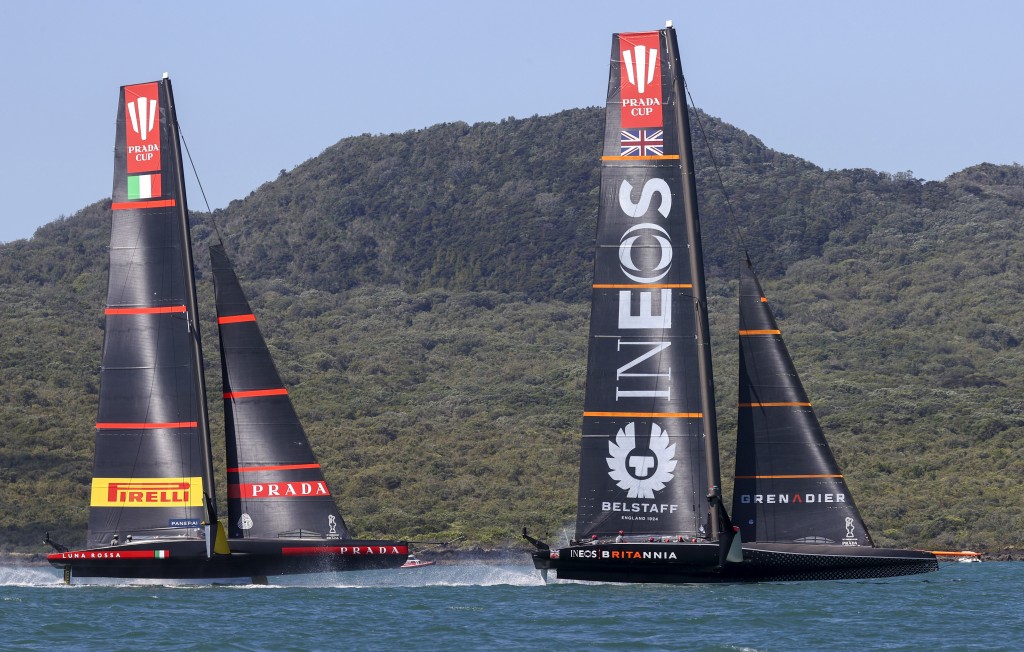 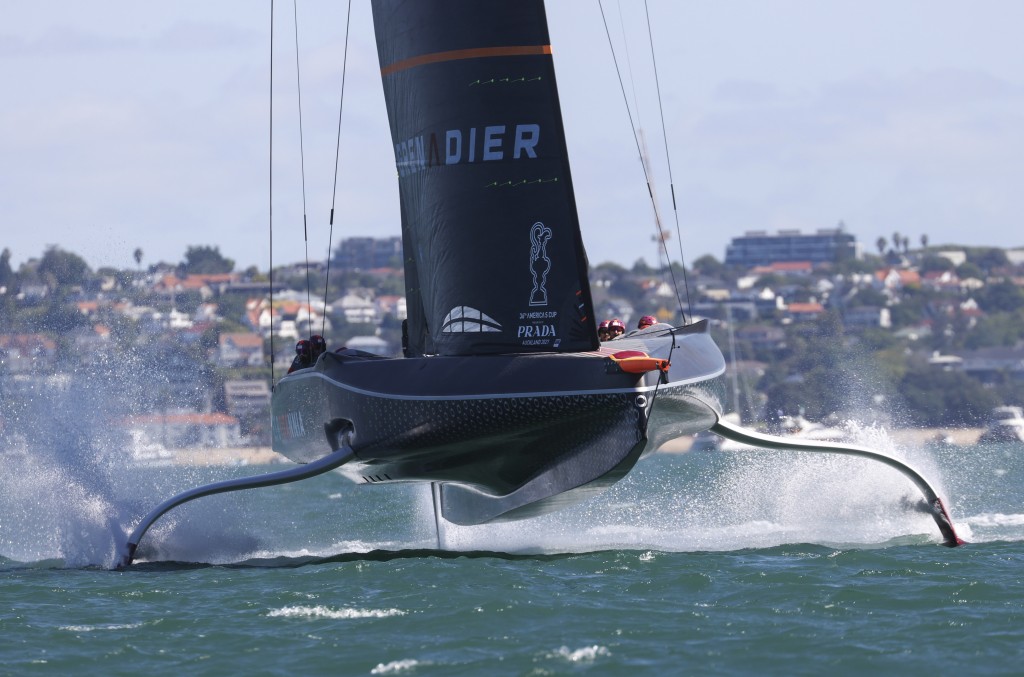 American Magic had back-to-back losses on a bizarre day of light winds in the America’s Cup challenger series at Auckland on Saturday to remain without a win after three races.

The United States team first failed to finish a race against Italy’s Luna Rossa, then sustained its second loss to British challenger INEOS Team UK which leads the Prada Cup series with a 3-0 record.

In both races American Magic made pre-start errors and struggled to recover in conditions for which it seemed unprepared and which favored its opponents.

Racing took place Saturday in winds which remained close to the 6.5 knot lower limit allowed under competition rules. The race course became a checkerboard on which there were patches of wind in some spots and none in others, causing American Magic’s New Zealand-born helmsman Dean Barker to condemn racing as a “lottery.”

An extraordinary day of racing saw teams sailing upwind on downwind legs in an effort to keep the breeze or “mowing the lawn” by sailing across the course rather than pointing more directly downwind.

The American race yacht Patriot, tuned for a stronger breeze, was out of element in the low wind range, in trouble even before the start against Luna Rossa when it was unable to stay on its foils. An aggressive move in the pre-start in which, as right of way boat, it turned its bow down to engage Luna Rossa, proved disastrous.

Luna Rossa crossed the start line with a substantial advantage and, picking its way carefully up the first leg, reached the first gate with a lead of more than 7 minutes, 30 seconds. Keeping the boats foiling while maneuvering in a feeble breeze was a challenge for both teams but the Italian yacht was more suited by the conditions.

The few puffs of breeze in a race that tested the composure of both crews generally came down the course from the windward end, favoring the leading boat upwind and trailing boat downwind. Halfway down the second leg, Luna Rossa lost the breeze and came off its foils.

American Magic suddenly found some pressure and, in the high point of a tough day, sailed past the Italian yacht to a lead of more than 600 meters. But as quickly as it built up, the breeze failed for the U.S. team and Luna Rossa was lifted by a new puff down the course. It sailed past the stationary Patriot to pass through the third gate with a lead of exactly 1 minute.

Both boats struggled to stay on their foils on the second upwind leg but Luna Rossa eventually sailed into a patch of pressure which allowed it to lay the top mark and stay on its foils on the final leg of a race cut from six to four legs by the race committee.

Luna Rossa, which has always looked strong in light conditions, was able to get on its foils quicker and stay up longer than American Magic. That was in part a result of communication and crew work which allowed the Italian team to pull off excellent light wind tacks.

Barker said the U.S. team had expected the wind to build up and had chosen a smaller headsail for that reason. It was another of the misjudgements that have set back the team in all three of its races.

The second race start Saturday was worse than the first for American Magic which incurred a penalty when it was trapped on the wrong side of the line. The British team sailed away to a massive lead but again lost the breeze at the top of the course, allowing American Magic to close.

Both yachts briefly were becalmed but Team UK rounded the top mark with a lead of 1 minute, 50 seconds and extended to more than 8 minutes at the second gate. The British yacht Britannia had been uncompetitive in light winds, losing all six races in the America’s Cup World Series before Christmas.

It was a boat transformed Saturday, foiling consistently in light conditions and crossing the finish line 4 minutes, 59 seconds ahead of American Magic which avoided a second DNF by only 1 second. Races are sailed to a 45-minute time limit which the U.S. team was only just able to beat.