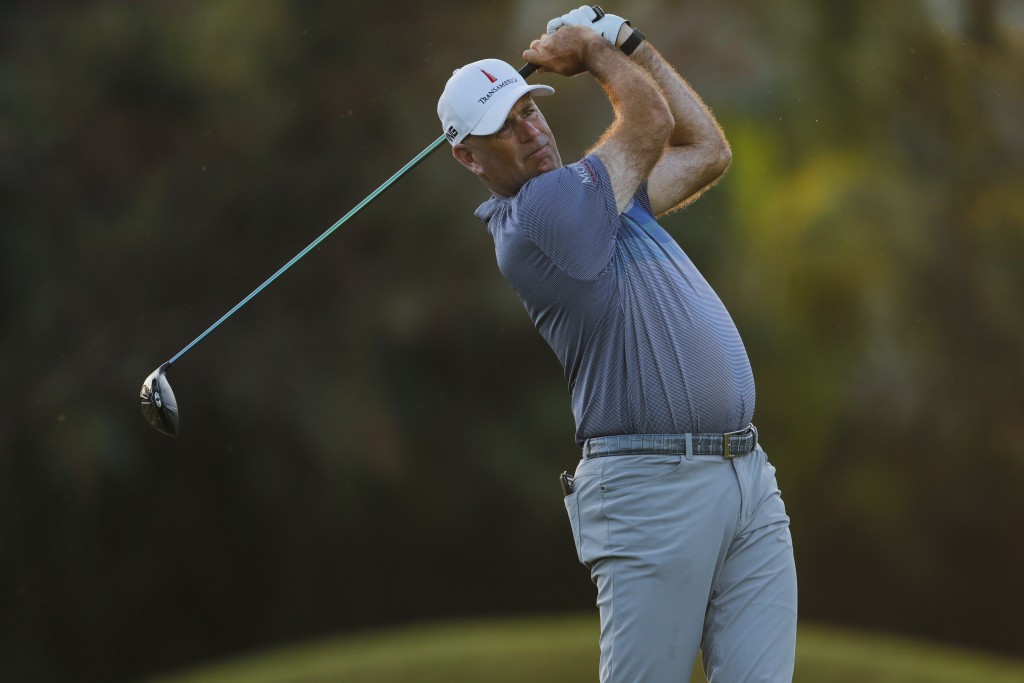 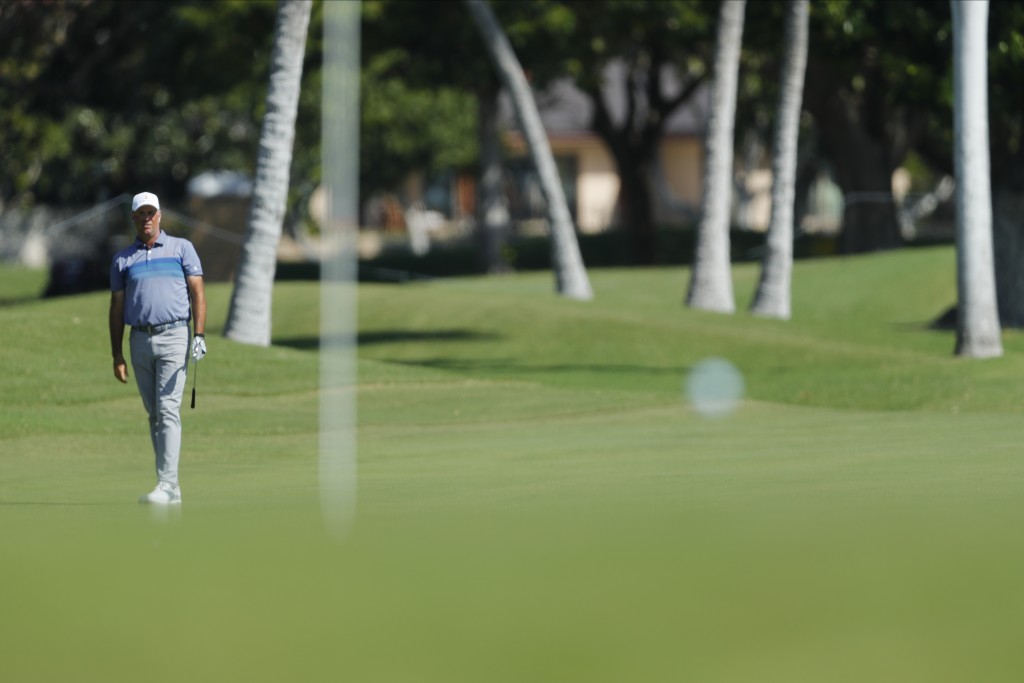 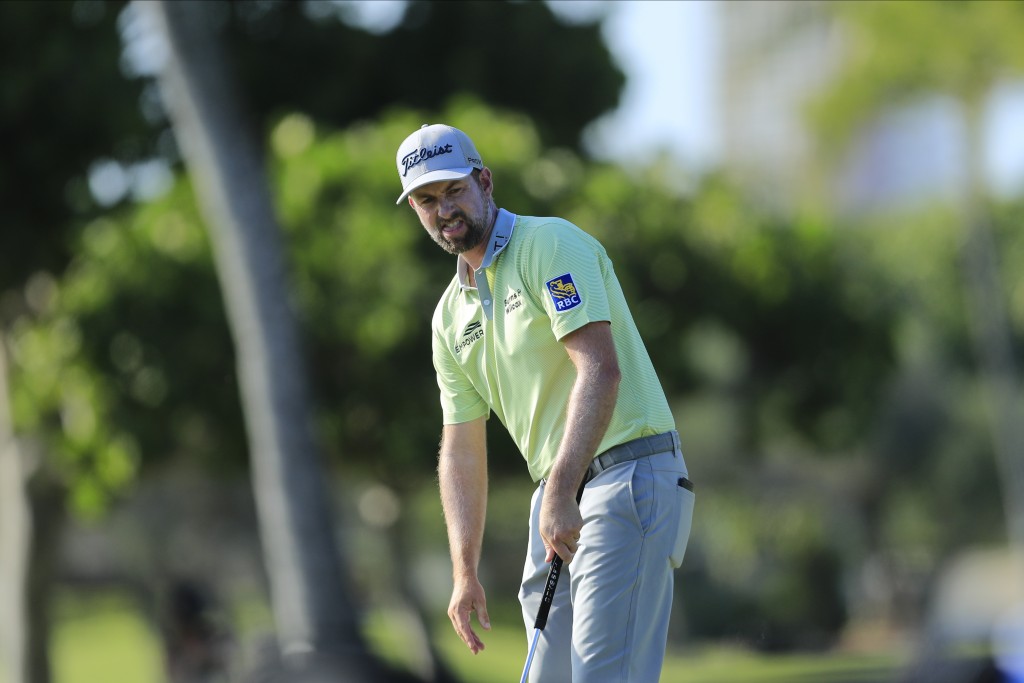 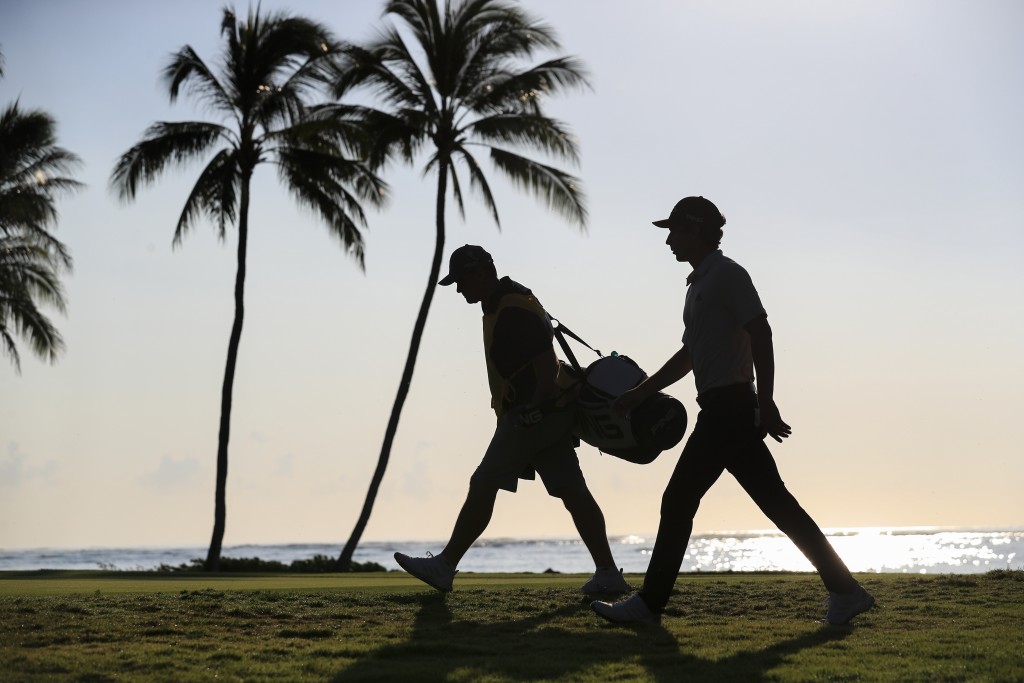 HONOLULU (AP) — Stewart Cink could not remember a more ideal day in Hawaii, and he had a round that matched the occasion.

Enjoying a surge in the twilight of his career, the 47-year-old Cink putted for birdie on all but one hole Friday on his way to a 7-under 63 that gave him a share of the early lead with Webb Simpson.

Cink already won the season-opener in the Safeway Open in September, his first victory since the 2009 British Open at Turnberry. He and his wife, a cancer survivor, recovered from COVID-19. His 23-year-old took a leave from Delta Airlines to caddie for him. It doesn't take much to make him smile.

And then he played golf beneath a gorgeous blue sky in a light, tropical breeze with gentle surf along the edge of Waialae Country Club.

“Today was a dream day for playing here at Waialae,” he said. “It was almost no wind. There was a little bit of moisture on the ground from last night, and it was a day where you could really dial it in. You could really hit your spots instead of having to do the usual, which is figure out how wind is going to help or hurt the ball.”

He only came close to bogey one time, hitting his tee left into a bunker on the par-3 17th and blasting out to 4 feet.

Simpson had another 65 that must have felt similar. He took bogey on the tough par-4 second hole — in the water off the tee on Thursday, a poor chip on Friday — and finished with a string of birdies. Simpson holed a 40-foot birdie putt on the par-3 seventh hole, hit it tight on No. 8 and two-putted from 18 feet on the par-5 ninth.

They were at 10-under 130 going into a weekend that was wide open.

Joaquin Niemann of Chile, the runner-up last week, had a 69 and was among the group one shot behind that included Hideki Matsuyama and Collin Morikawa. Matsuyama had a 28 on the front nine to close out his round.

K.J. Choi, now eligible for the PGA Tour Champions, and Daniel Berger were two shots behind.

The weather was so good that Simpson was nervous. He was 1 under for his round in conditions where he felt the good scores would be in the 62 range. And then he made a 25-foot birdie putt on the par-3 fourth, closed with three straight birdies and felt a lot better.

“It’s one of those days where calm winds, you feel like you need to go shoot 7, 8, 9 under, and I was a couple under for a while there,” he said. “Really happy with my finish and I thought if I can get it to double digits, I would be at least close to the lead going into Saturday.”

Among those playing in the afternoon were Kapalua winner Harris English, defending champion Cameron Smith and Adam Scott, all hanging around the cut line. Everything can change quickly at Waialae, as Simpson showed.