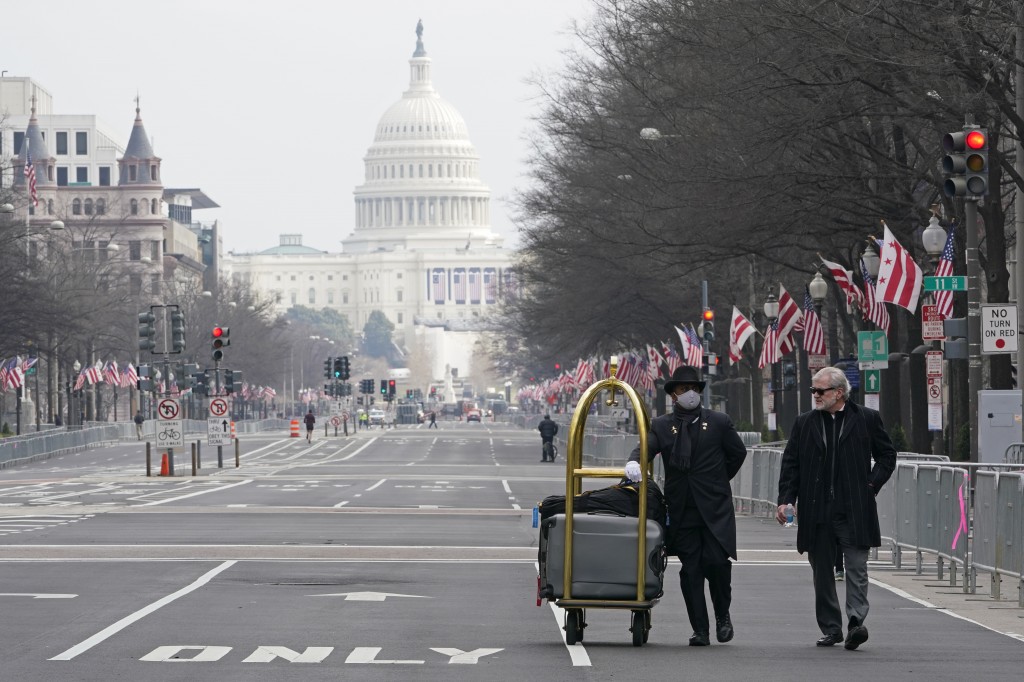 WASHINGTON (AP) — Supporters of President Donald Trump are among a handful of groups that have applied for permits to hold protests during Joe Biden's inauguration. But it appears unlikely their application will be approved as the National Park Service greatly curtails protests as part of a major security lockdown.

The NPS released details Friday of the five permit applications it had received so far for demonstrations. Among them, was a group called "Let America Hear Us, Roar For Trump."

NPS spokesman Mike Litterst told The Associated Press that the pro-Trump group had “not responded to our repeated attempts to contact them and set up a meeting regarding their application and their permit is therefore unlikely to be issued.”

The Department of Interior had fended off calls from D.C. Mayor Muriel Bowser and others to simply cancel all demonstration permits, after a rally by President Donald Trump on Jan. 6 turned into a devastating attack on Congress and lawmakers. But Litterst said two groups had been approved to hold small demonstrations in specific locations, a pair of leftist organizations called D.C. Action Lab and the Answer Coalition.

On Friday Jeff Reinbold, NPS superintendent for the National Mall, said the two approved groups had agreed to each keep their demonstrations below 100 people. Each group would be scanned with magnetometers, and escorted by U.S. Park Police to the permitted location, "and then they’ll have the ability to express their first amendment rights,” Reinbold said.

The park service on Friday closed Washington’s National Mall to the general public until after Wednesday's inauguration. Thousands of National Guard troops are deployed in the nation’s capital.