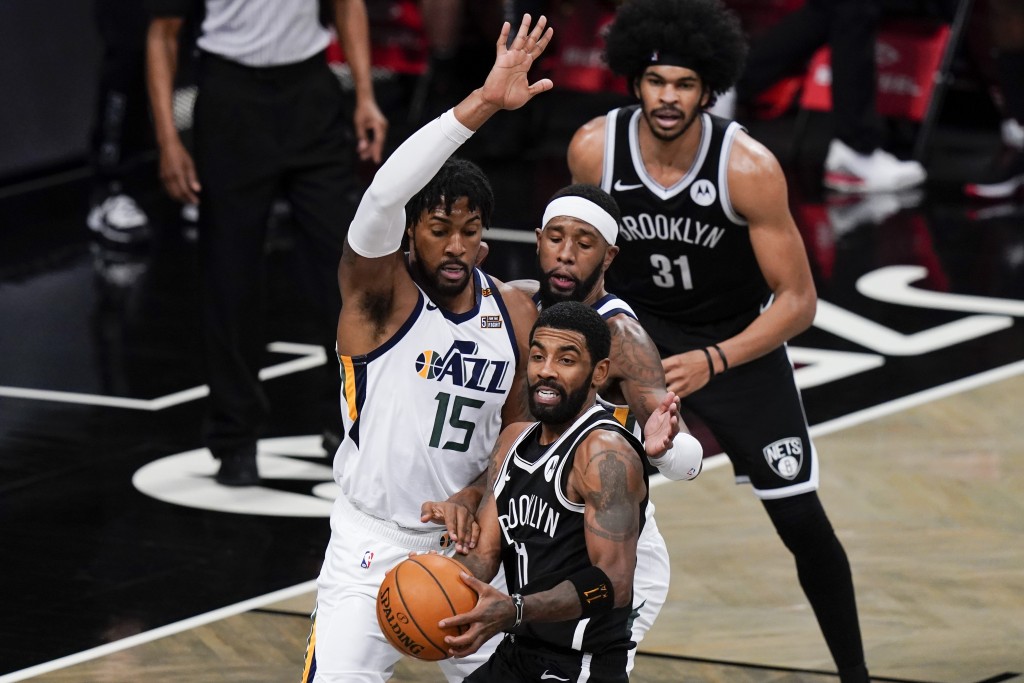 The NBA fined the point guard $50,000 on Friday for violating its health and safety protocols, and said he could return to team activities Saturday.

The league added that he would forfeit his salary for each game he misses during a five-day quarantine period that would end Saturday if he continues to test negative for the coronavirus. He's already missed two, which means he has lost more than $900,000 of his $33.5 million salary.

Irving has missed the last five games while away from the Nets for personal reasons. He was seen in a video on social media during his absence at an indoor family party while not wearing a mask.

Irving is the second player to be fined for that. The other is his new teammate, James Harden.

The Nets have not explained the reasons for Irving's absence, leaving it to him to do when he returns. Their next game is Saturday against Orlando, though coach Steve Nash said Friday he had no update about when Irving would rejoin the team.

“Without a doubt, the organization’s disappointed with not having any one of our players, in this particular case Kyrie, not amongst us, not in the trenches with us and so forth,” general manager Sean Marks said Thursday during a news conference to discuss the trade for Harden.

“So I don’t want to speculate and say why he’s out and so forth. I've had conversations with him and I’ll continue to have conversations and we look forward to him being back in the gym, where he will address this," he said.

In December, Irving was was fined $25,000 by the NBA for not speaking to the media during preseason.