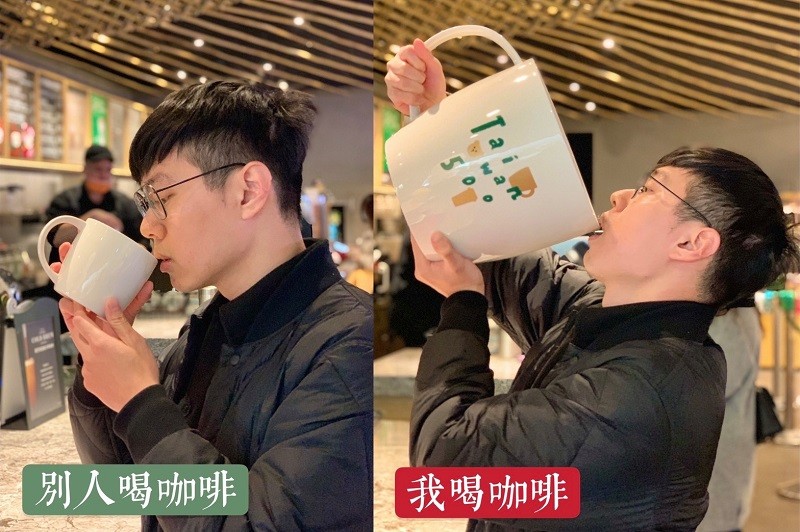 To mark the opening of its 500th store in Taiwan, Starbucks on its Facebook page on Wednesday (Jan. 13) announced the launch of its special edition "Giant Audrey Mug." One side of the white mug features the Starbucks siren, while the other side has the words "Taiwan 500." The most distinctive feature, however, is its massive size. The monster mug weighs in at 4.4 kilograms and is 20 times the size of a standard Starbucks coffee cup.

So gigantic is the jug, the man seen modeling it struggles to hold it up with one hand. Giant Audrey also comes with a goliath price tag of NT$11,000 (US$392). Those curious to see the jumbo jar in person can catch a glimpse at the Taipei 101 mall, where one is on display next to its diminutive cousin. The colossal cup can be purchased at 20 different Starbucks branches across the country.

Some netizens speculated on what the effects of drinking such a large amount of coffee would be. However, the company stated that the product is for collection and viewing purposes only and not meant to serve as a real beverage container. 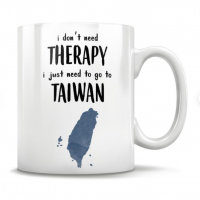