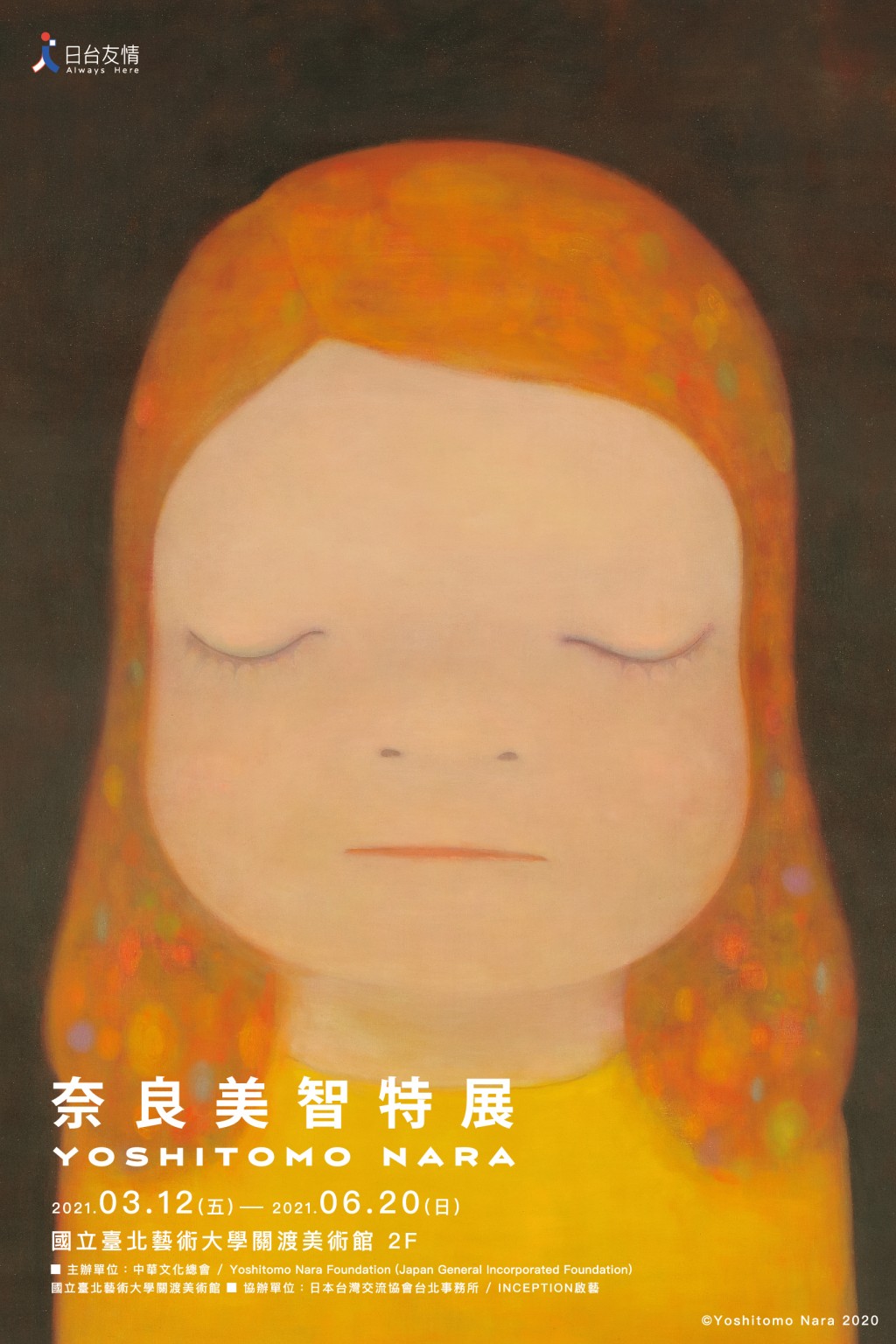 The General Association of Chinese Culture (中華文化總會, GACC) announced that Nara's latest work "Miss Moonlight," which was recently showcased at the Mori Art Museum in Tokyo in 2020, will make its international debut in Taiwan. The painting is one of many of Nara works to be displayed at a special exhibition in March at Taipei's Kuandu Museum of Fine Arts.

However, due to the pandemic, the artist's attendance has not yet been confirmed, said the GACC.

Nara expressed thanks on Twitter for Taiwan's donations of face masks to Japan, prompting a response from President Tsai Ing-wen (蔡英文), according to the GACC. "After the pandemic, I expect to host a major exhibition in Taiwan," Nara wrote back to Tsai. Talks about the exhibition first began in April of last year. The GACC stated in a press release that after 10 months of communication and help from the Japan-Taiwan Exchange Foundation and the Yoshitomo Nara Foundation, the artist's first special exhibition in the nation will kick off on March 12 and last until June 20.

The GACC stated that Nara's creative focus has shifted to seeking inner peace and that this is reflected in the colors, lines, and details in his works. His childlike paintings are meant to create a sense of tranquility and plant the seed of purity in viewers' hearts.

Additionally, the exhibition is marking 10 years of the enduring friendship between the two countries since the Tohoku earthquake and tsunami in 2011, said the GACC. Nara's exhibition is only one of a series of events to commemorate Taiwan-Japan relations over the last decade.

Promotional cards for "Miss Moonlight" can be found in the January issue of the award-winning "Fountain" magazine.

The exhibition may go on tour around the country, but plans have not yet been released. Please visit the GACC's Facebook page for more details.