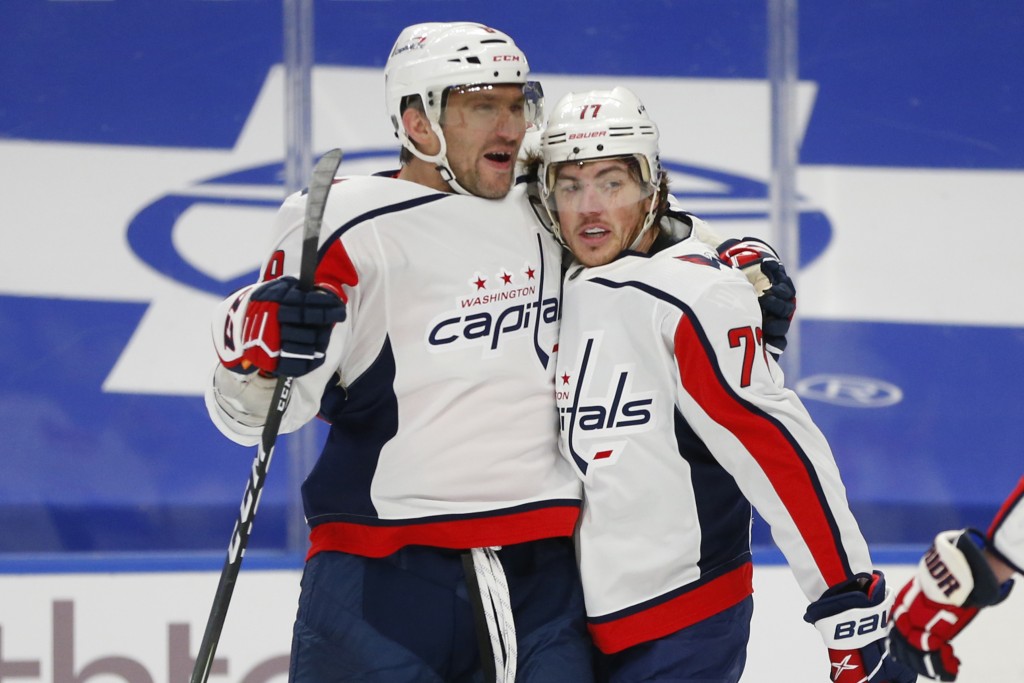 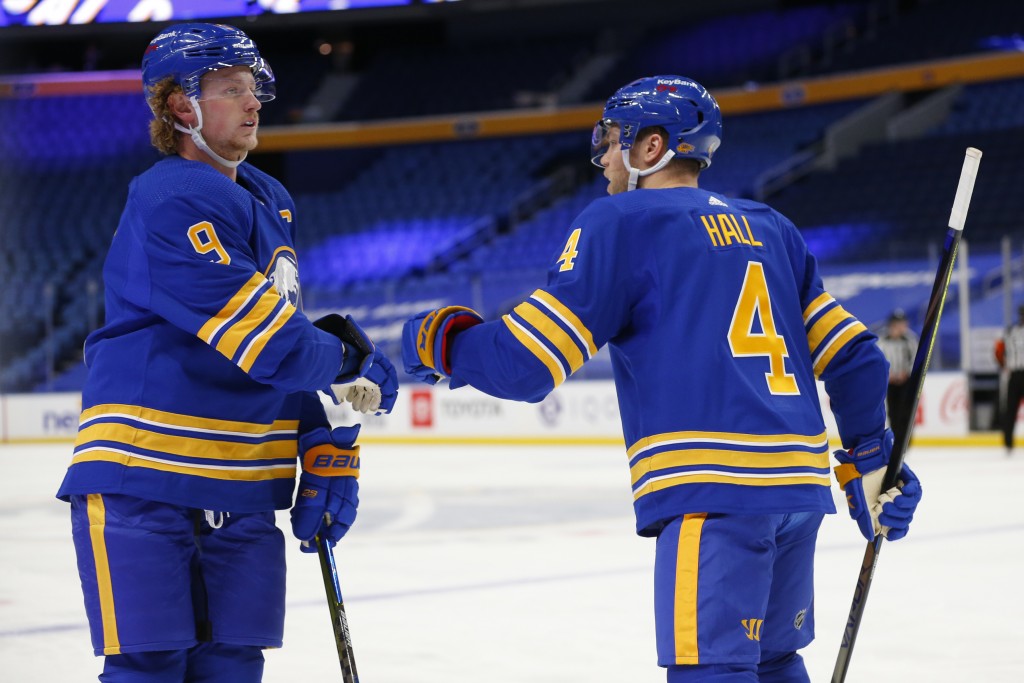 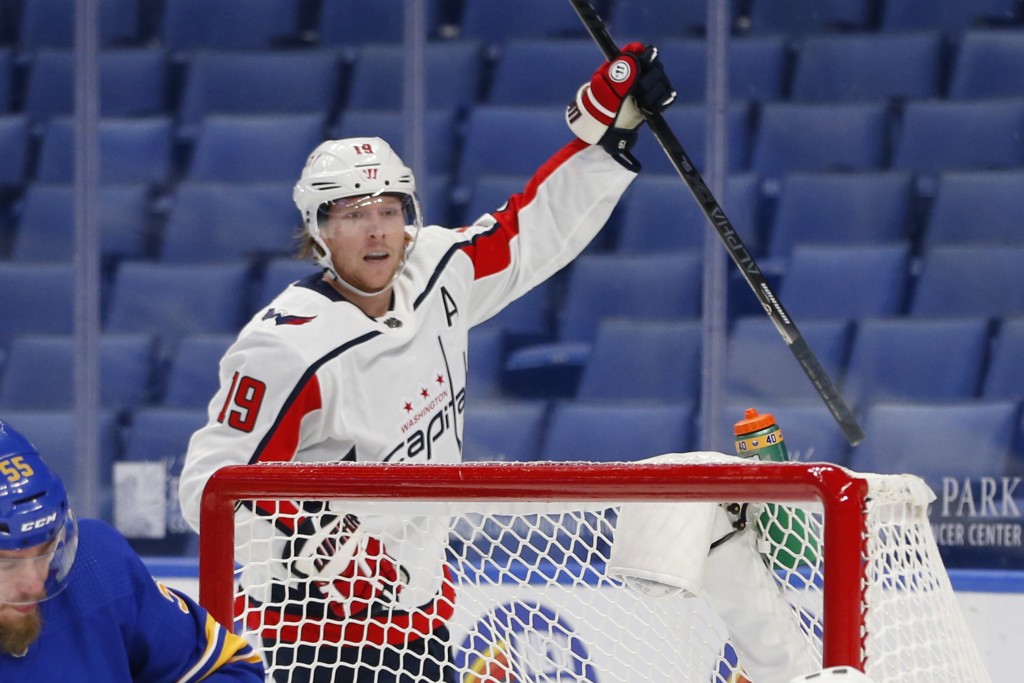 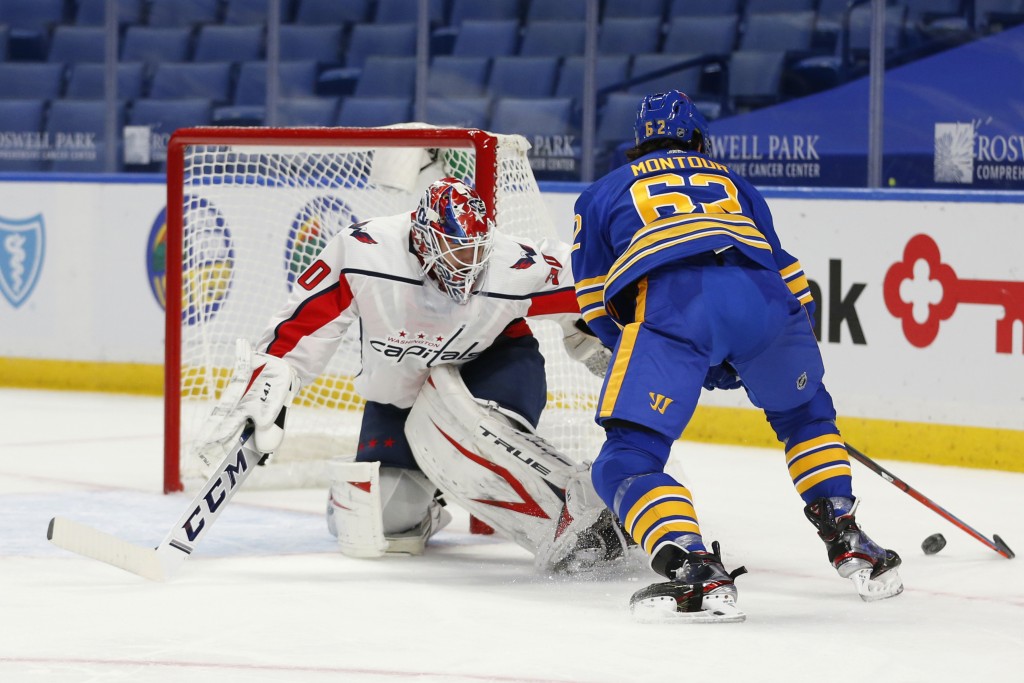 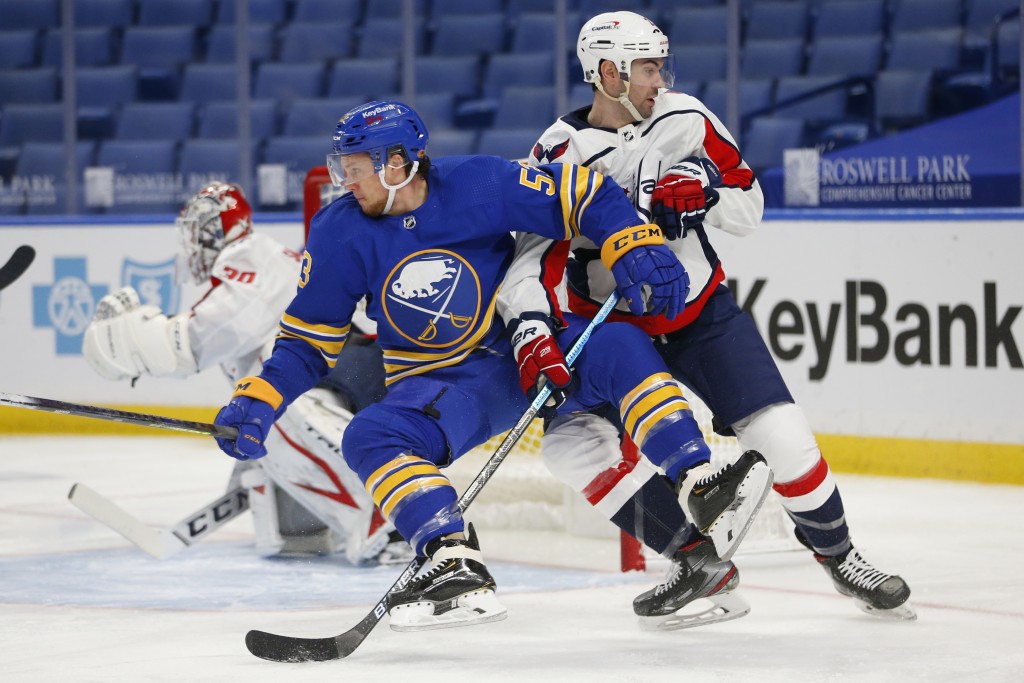 BUFFALO, N.Y. (AP) — T.J. Oshie had a goal and two assists in Peter Laviolette’s debut as Washington's coach and the Capitals opened the season with a 6-4 win over the Buffalo Sabres on Thursday night.

Jakub Vrana stripped Eric Staal of the puck in front of Buffalo's net and scored 46 seconds into the third period to preserve the win after the Capitals were in jeopardy of squandering a 4-1 lead. Vrana’s goal came 26 seconds after defenseman Jake McCabe cut Buffalo's deficit to 4-3 by roofing a shot from the right point.

John Carlson and Nicklas Backstrom had a goal and assist each and Brenden Dillon also scored for the Capitals. Alex Ovechkin set up the first two goals in a game Washington never trailed.

Ilya Samsonov stopped 22 shots in his first game as the Capitals' starter following Braden Holtby’s offseason departure. Samsonov snapped an 0-4-1 skid to win his first game since a 25-save outing in a 5-3 victory at Ottawa on Jan. 31.

High-profile offseason free-agent addition Taylor Hall scored Buffalo’s first goal. He was set up for a tap-in in front by Victor Olofsson on a power play to tie the game at 1 a little under nine minutes in.

The Capitals went ahead for good on Oshie’s power-play goal 1:45 later

Carter Hutton stopped Ovechkin’s blast from the top of the left circle but couldn’t control the rebound. Oshie drove in from the right side to tuck the puck in through the goalie’s legs.

Hall and McCabe finished with a goal and an assist, and Tobias Rieder also scored for Buffalo.

The teams closed last regular season with Buffalo beating Washington in a 3-2 shootout on March 9, three days before the NHL paused play because of the coronavirus pandemic.

Washington was eliminated by the New York Islanders in five games in a first-round series, which led to Laviolette replacing Todd Reirden, who was fired after failing to win a playoff series in two seasons.

The Sabres finished less than a winning percentage point shy of advancing to the expanded playoffs, stretching their postseason drought to nine years, one short of the NHL’s longest streak. Buffalo dropped to 1-6-1 in its past eight season-opening games, and following a 3-1 win at Pittsburgh to open the 2019-20 campaign.

The Capitals have the youngest goaltending tandem entering this season in the 23-year-old Samsonov and Vitek Vanecek, who turned 25 on Saturday. They’re the youngest tandem to start an NHL season since Holtby and Michal Neuvirth started the 2012-13 season for Washington.

Vanecek, Washington’s second-round pick in the 2014 draft, has no NHL experience and is coming off a season in which he went 19-10-1 with AHL Hershey, and finish fifth in the league with a 2.26 goals-against average.

The Sabres assigned rookie forward Jack Quinn to their taxi squad earlier in the day. Drafted eighth overall in October, the 19-year-old had a goal and four assists representing Canada’s silver medal-winning team at the world junior championships last week.

With no fans allowed, the Sabres filmed local front-line coronavirus pandemic workers to introduce the team’s opening-night lineup over the video scoreboard.

The teams meet again in Buffalo on Friday night.