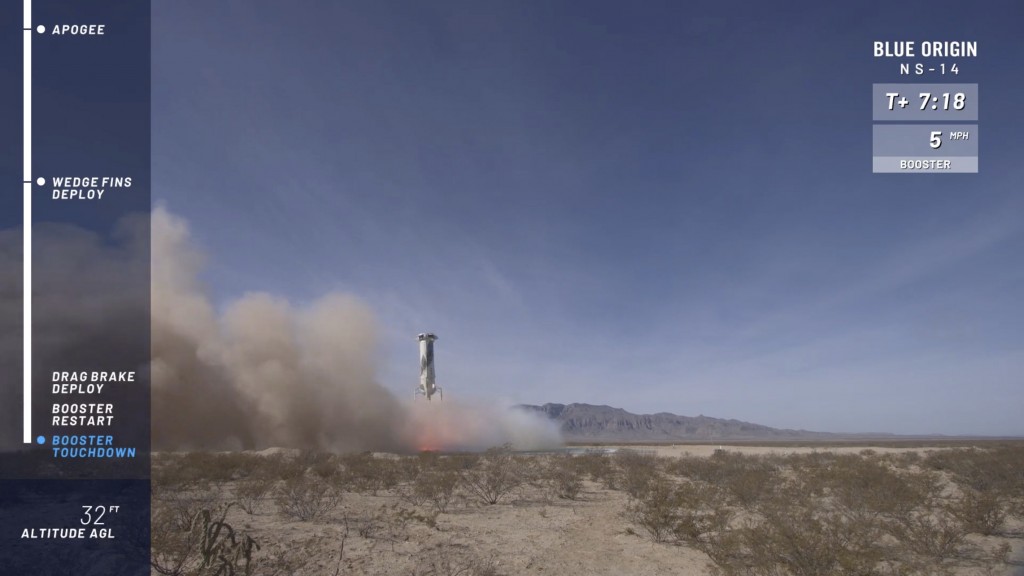 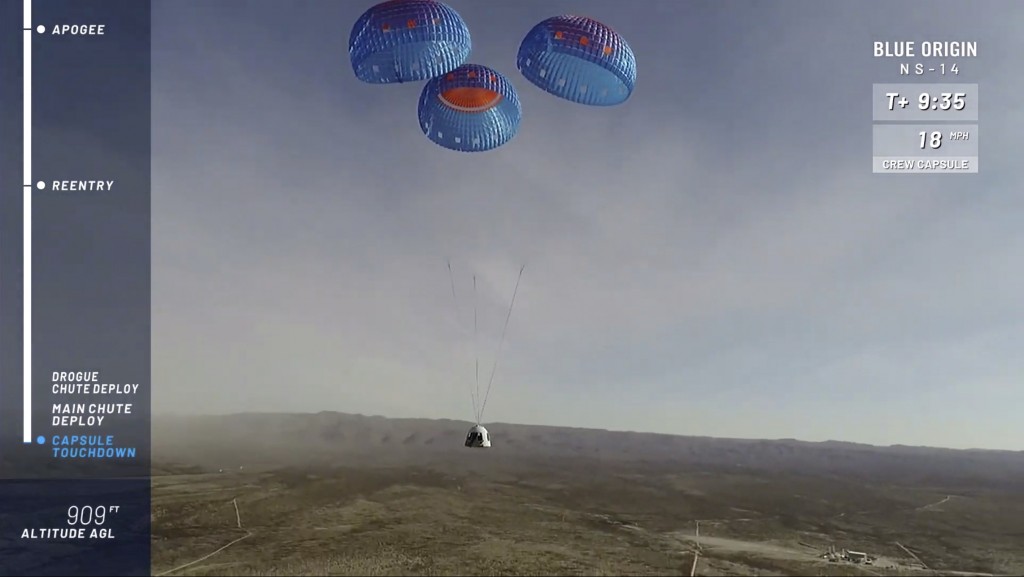 It was the 14th flight to the fringes of space for a New Shepard rocket. The first was in 2015.

“The success of this flight puts us one really big step closer to flying astronauts,” launch commentator Ariane Cornell said from company headquarters in Kent, Washington. “There’s going to be a lot of fun ahead in 2021.”

Blue Origin plans to launch paying passengers — tourists, scientists and professional astronauts — on brief hops over West Texas' remote desert. It's also working on a bigger rocket, New Glenn, that would blast off from Cape Canaveral as well as a lunar lander for astronauts under NASA's Artemis moon program.

The capsule soaring Thursday featured the latest crew upgrades: microphones and push-to-talk buttons for the six seats, wall panels to muffle engine noise, a safety-alert system, and temperature and humidity controls to keep passengers comfortable and the big windows free of fog.

The launch and landing team was scaled back because of the pandemic.