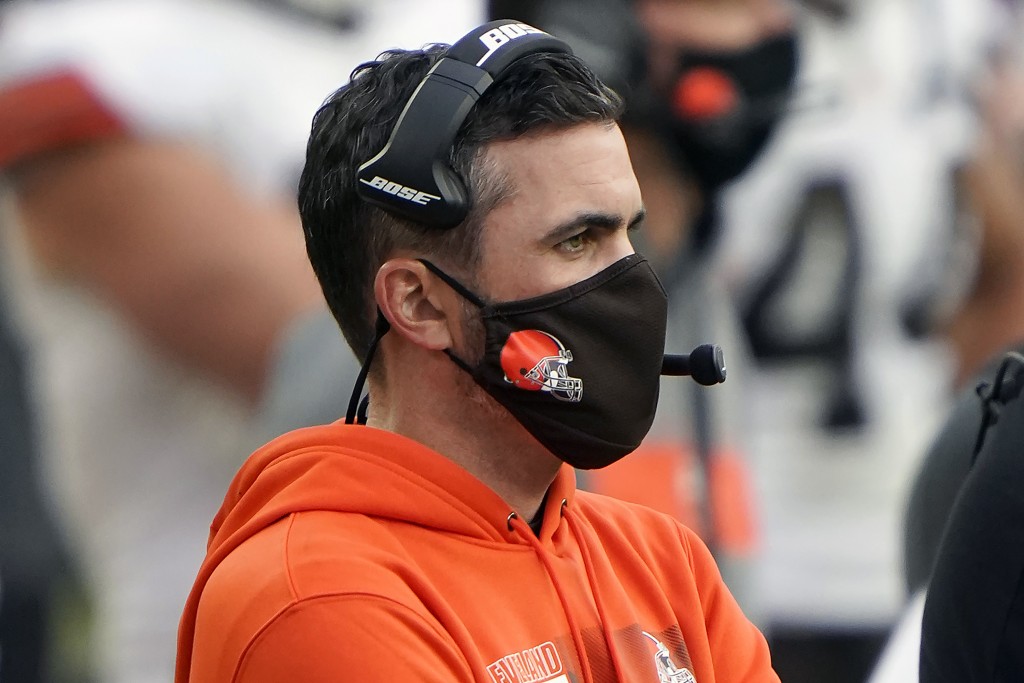 CLEVELAND (AP) — Browns coach Kevin Stefanski is back with his playoff team after having COVID-19.

Stefanski returned to the team's facility Thursday, 10 days after he tested positive with the virus and after he missed Cleveland's playoff win over the Pittsburgh Steelers on Sunday.

He had been isolated in his home for the required 10 days since contracting COVID-19. He lost his sense of taste but experienced only mild symptoms.

Stefanski couldn't be with the Browns last week, and he watched them beat the Steelers at Heinz Field for the first time since 2003 on a TV in his basement at home.

Stefanski is in his first season with the Browns after spending 13 years as an assistant in Minnesota.

The 38-year-old's steadiness has been credited in the Browns handling the many issues tied to the pandemic as well as injuries.

Until Stefanski arrived, Cleveland hadn't been in the postseason since the 2002 season.

The Browns also activated cornerbacks Denzel Ward and Kevin Johnson from the COVID-19 list on Wednesday and expected them to play against the Chiefs and their potent passing attack.

It's possible the Browns could also get back Pro Bowl left guard Joel Bitonio, who has been out since testing positive on Jan. 5 along with Stefanski.