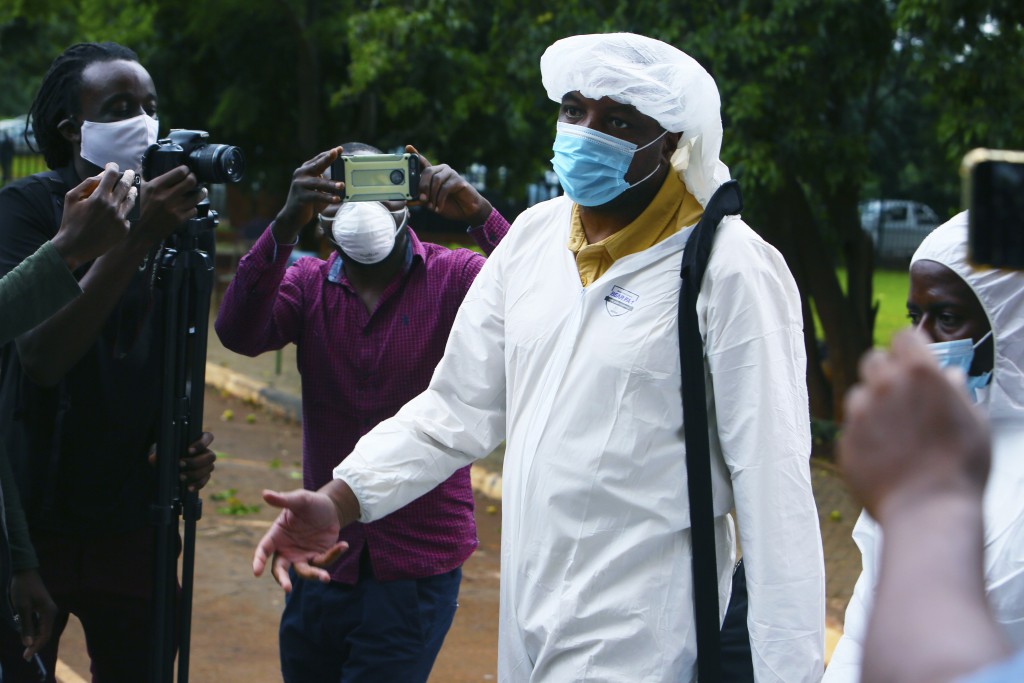 HARARE, Zimbabwe (AP) — A Zimbabwean court has denied bail to prominent journalist Hopewell Chin’ono, who has been in detention for almost a week on accusations of publishing a falsehood.

The magistrate ruled that Chin’ono could commit similar crimes if released on bail, citing two other cases in which, like the current one, the journalist was arrested for items he posted on Twitter. His lawyers said they will appeal.

Chin’ono is being held at the harsh Chikurubi prison on the outskirts of the capital, Harare. He was arrested last week for posting that police had killed an infant while enforcing lockdown rules. Police later said the information was false and the baby is alive. Chin'ono faces a fine or up to 20 years in jail if convicted of publishing a false story.

Before the latest arrest, Chin’ono was out on bail on separate charges of inciting violence after he voiced support for an anti-government protest in July and also on contempt of court charges for allegedly claiming corruption within the country’s national prosecution agency.

Chin’ono is one of Zimbabwe’s most prominent critics of President Emmerson Mnangagwa’s administration, accusing it of corruption and human rights abuses. The government denies the charges.

Before he was arrested in July, Chin’ono had published an expose on Twitter in which he alleged corruption involving a $60 million purchase of protective equipment for health workers. Mnangagwa later fired the health minister, who has been formally charged with corruption in the case.

Chin’ono and his backers say he is being targeted for exposing government corruption. The government and the ruling party accuse him of being out to tarnish Mnangagwa’s image. Chin'ono has continued to criticize the government on Twitter even after his arrests and repeated detentions.