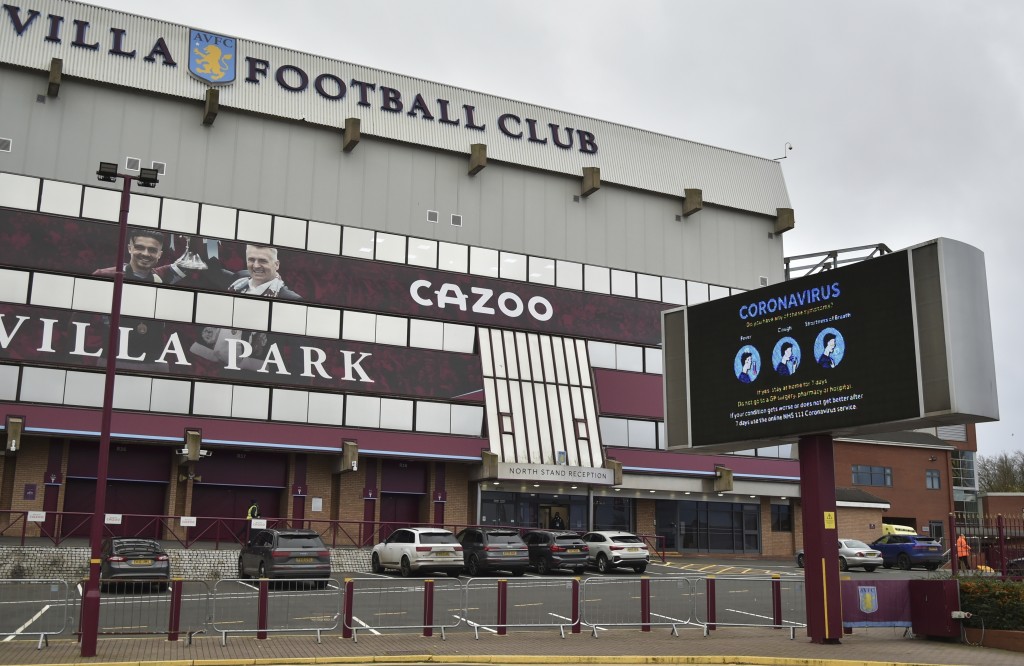 LONDON (AP) — The coronavirus outbreak at Aston Villa has led to the postponement of another game.

The Premier League said Thursday that Villa will no longer play Everton on Sunday because “a significant number of players and staff remain in isolation.”

Villa's game against Tottenham on Wednesday was also called off.

The first game postponed this season because of COVID-19 was Villa's match against Newcastle in early December, but that was because of virus cases in the Newcastle squad. The league said it hopes to play that game on Jan. 23 since both Villa and Newcastle have been eliminated from the FA Cup and will not have matches in the competition that weekend.

The league has recently tightened coronavirus protocols, including reminding players to stay apart during goal celebrations. But Manchester City's players still hugged after Phil Foden scored in a 1-0 victory over Brighton on Wednesday.

“Sometimes the brain is a sub-conscious one and you are just there in the moment,” City manager Pep Guardiola said. “You are not thinking.”