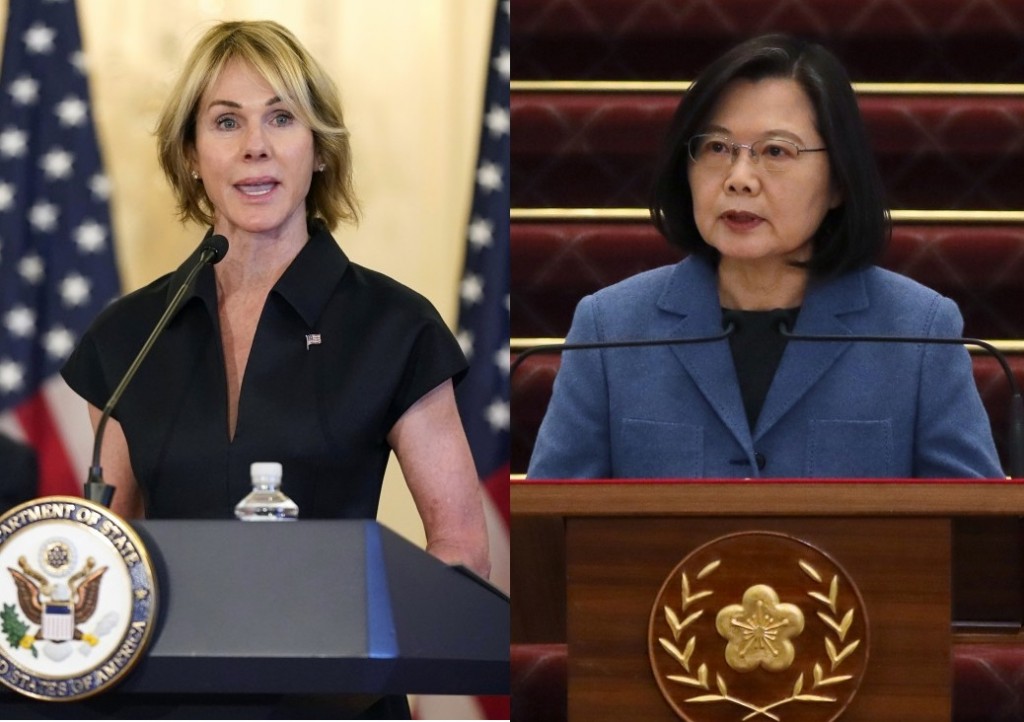 TAIPEI (Taiwan News) — President Tsai Ing-wen (蔡英文) on Thursday morning (Jan. 14) held a videoconference with the U.S. ambassador to the United Nations, Kelly Craft, whose trip to Taiwan was canceled at the last minute.

“I made clear to President Tsai that the U.S. stands with Taiwan and always will, as friends and partners, standing shoulder to shoulder as pillars of democracy,” tweeted Craft. She also slammed Beijing for obstructing Taiwan’s participation in UN mechanisms such as the World Health Assembly (WHA).

During the meeting, Tsai expressed hope for U.S. support as Taiwan continues seeking opportunities to take part in the U.N. and its agencies, according to a Presidential Office statement.

Tsai was originally scheduled to meet with Kelly Craft at the Presidential Office on Thursday morning, which would be followed by a luncheon. However, the ambassador’s trip to Taiwan from Jan. 13-15 was called off by the U.S. State Department, which announced on Tuesday (Jan. 12, Washington time) that all diplomatic travel was canceled due to ongoing presidential transition preparations.

“We are canceling all planned travel this week, including the Secretary’s trip to Europe,” said State Department Spokeswoman Morgan Ortagus on Tuesday. “We are fully committed to the completion of a smooth and orderly transition process to be finalized over the next 8 days.”

Craft would have been the first sitting American ambassador to the U.N. to visit Taiwan. However, with tensions between the U.S. and China escalating and President Donald Trump handing power over to President-elect Joe Biden in less than one week, the prospect of the trip has also been controversial.