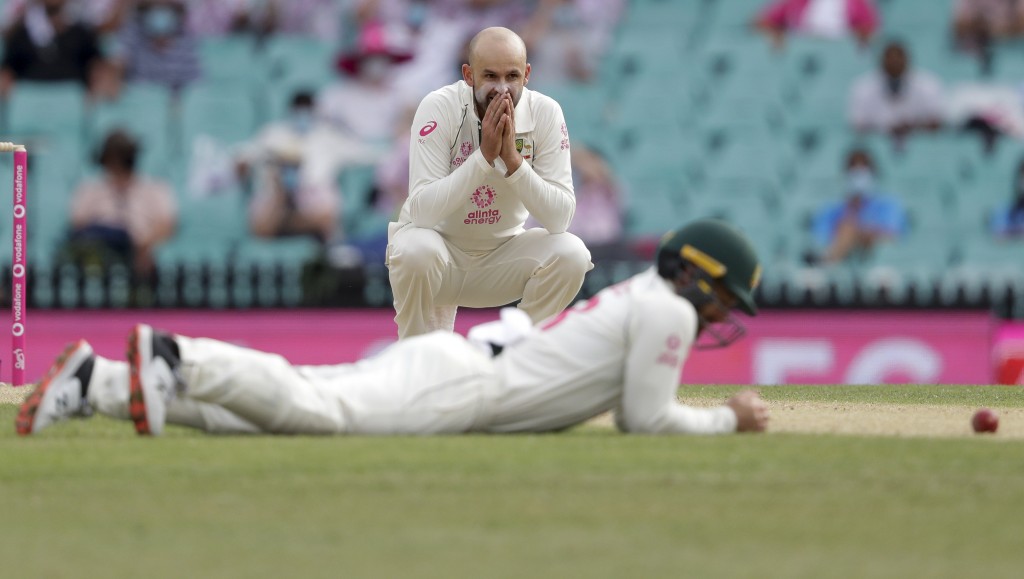 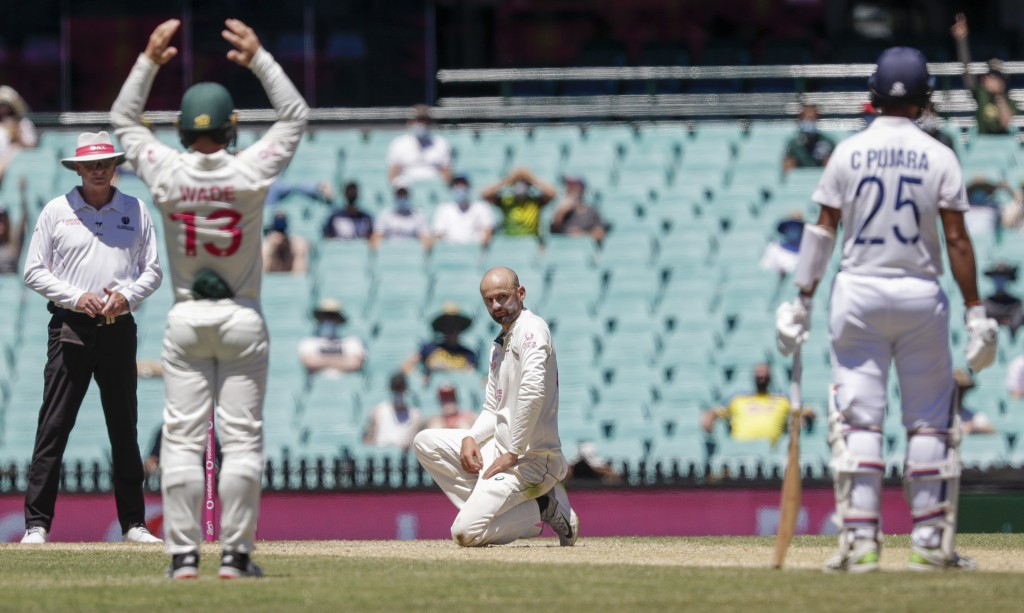 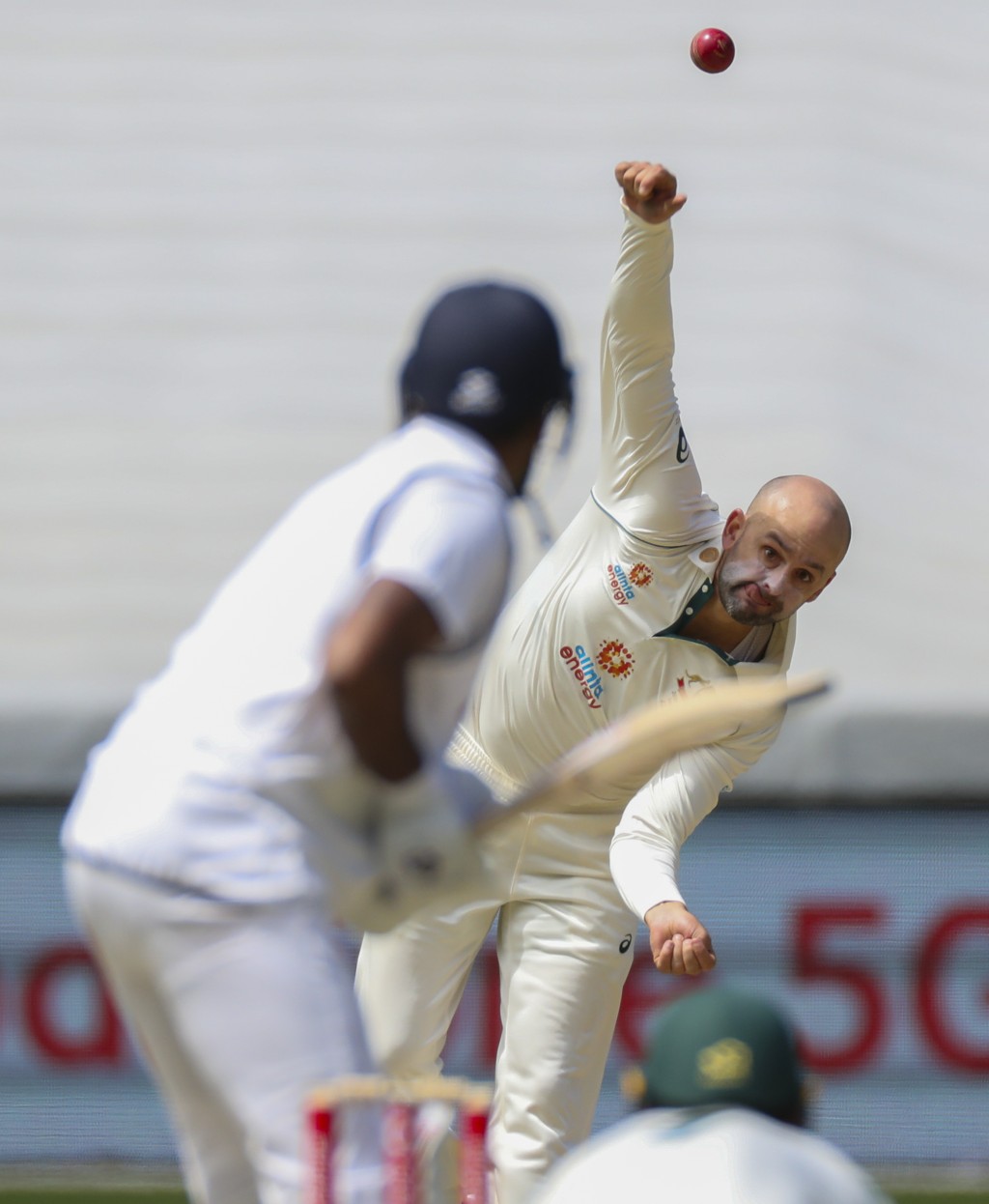 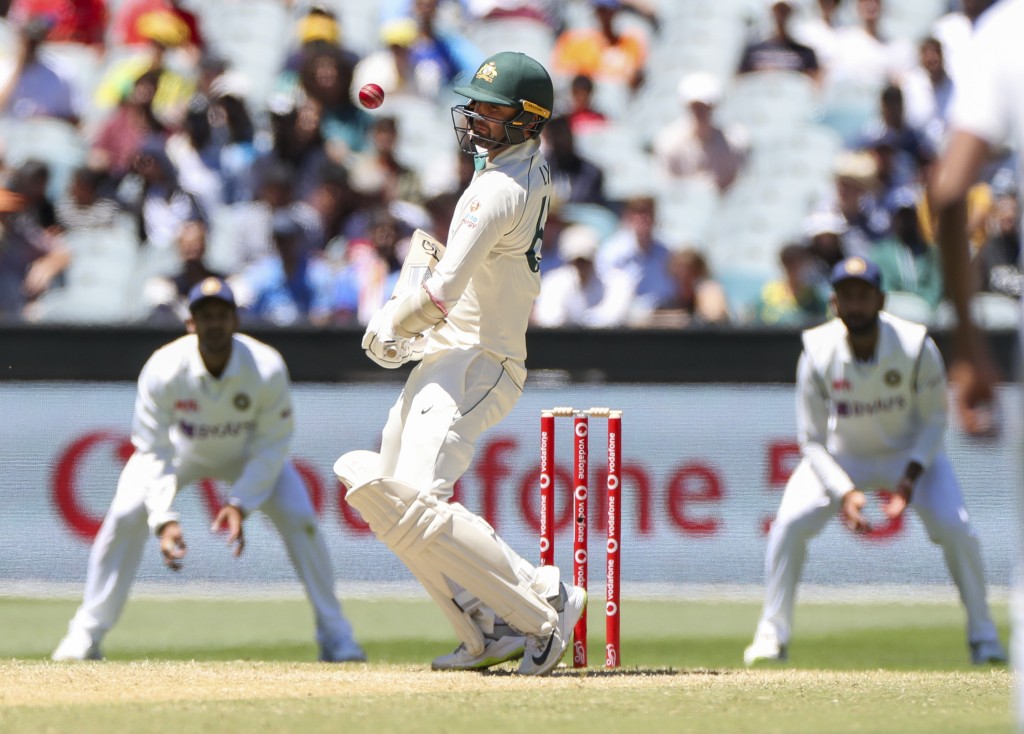 BRISBANE, Australia (AP) — Tim Paine recalls his eyes lighting up when he first saw Nathan Lyon on TV bowling in domestic cricket, thinking how he'd like to slog that kind of spin all around the ground.

It took a tour to Zimbabwe a couple of months after in June 2011, when he was leading the Australia A squad and keeping wickets to Lyon, to change Paine’s opinion.

In less than a year, Lyon went from working as a curator at the Adelaide Oval to playing for Australia.

A decade later, Lyon is on the cusp of his 100th test match and — just four wickets shy of his 400th in test cricket — is third behind Shane Warne (708 from 145 tests) and Glenn McGrath (563 from 124 tests) on Australia's all-time list of wicket-takers in the format.

“For a bloke who was plucked off a roller at the Adelaide Oval," Paine said, “It’s a bloody good story."

The series-deciding fourth test between Australia and India starts Friday at the Gabba in Brisbane, where Paine says Lyon will play a big role.

Paine played four tests in 2010, the year before Lyon's test debut, but then didn't play another until 2017 because of injuries and falling behind the pecking order to other players.

He knows a good story when he sees it.

After an inauspicious start in Australia's Big Bash Twenty20 competition, when Paine thought Lyon didn't look too “flash," the now Australian test captain recalled on the limited-overs A team tour in Zimbabwe how the spinner “bowled the house down."

“A few games in, we knew we had something pretty special," Paine said.

Lyon usually takes a low-key approach, so much so that some know him by another name. His nickname, given by a fellow cricketer, is Garry — often shortened in Australian parlance to Gaz or Gazza and often heard echoing around a test stadium while he's bowling — after the name of a then more-famous ex-Australian rules footballer. It emerged as a joke, but has stuck.

Lyon was on a long list of candidates to become Australia's leading spin bowler after Shane Warne retired, with selectors trying plenty of options.

He took a wicket with his first delivery in test cricket — the prize wicket of Kumar Sangakkara — at Galle, Sri Lanka in September, 2011 and returned 5-34 from 15 overs in the innings.

After initially struggling with his confidence, Lyon is now is among the first picked in Australia's test teams.

“I look at the other 12 guys who have played more than 100 test matches for Australia and they’re pure legends,” Lyon said, looking ahead to his 100th test. “I’m going to pinch myself each and everyday to see my name up against those fellows.

“But I’m pretty excited about this . . . just the thought of playing 100 test matches for Australia is very humbling.”

There's a lot of stake for the 33-year-old Lyon in his 100th test. As the sole specialist spinner in the lineup, he'll be needed to bowl a lot of overs in the humid conditions and take wickets on a relatively bouncy pitch. He wasn't able to bowl Australia to victory on the final day at the Sydney Cricket Ground last Monday — he took two of the three wickets to fall and had chances put down as India batted out for a draw — and his return of six wickets in the series so far is below his best.

But Lyon is promising plenty more to come. The four-test series against India is tied 1-1 after three matches. Australia hasn't lost a test at the Gabba since 1988 but, as the holder, India needs only a draw to retain the Border-Gavaskar trophy.

“I’m far from being done,” Lyon said. “I’m still hungrier than ever. I want to go out there and play as much cricket for Australia as I can.

“We’ve put in place a couple of new plans since that last test. I’m still learning. I’ll continue to learn, 100 test matches and beyond.”