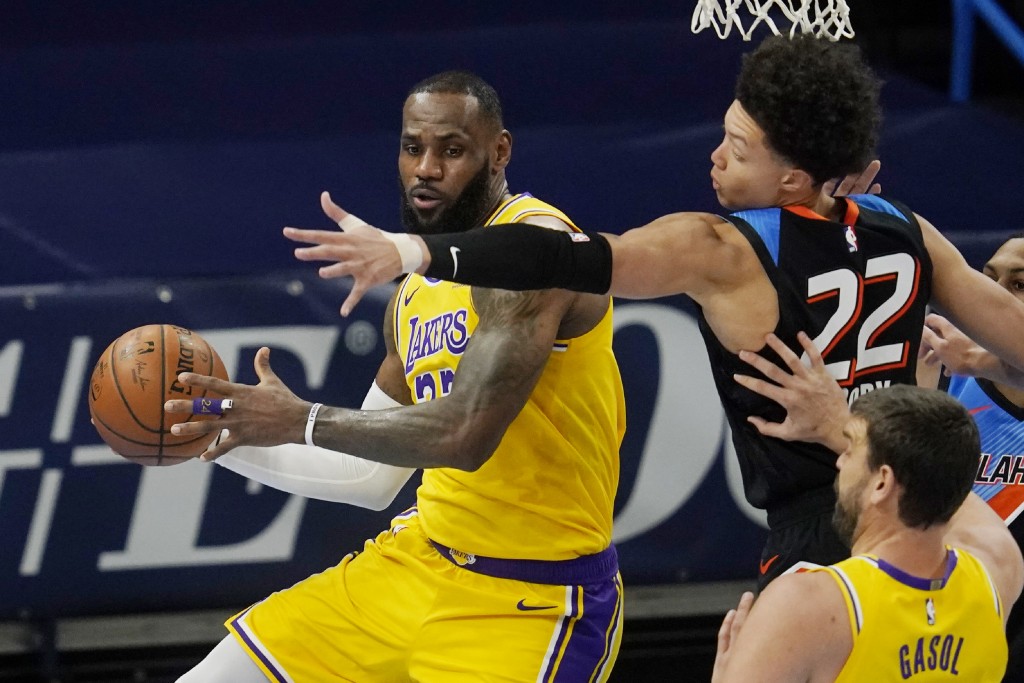 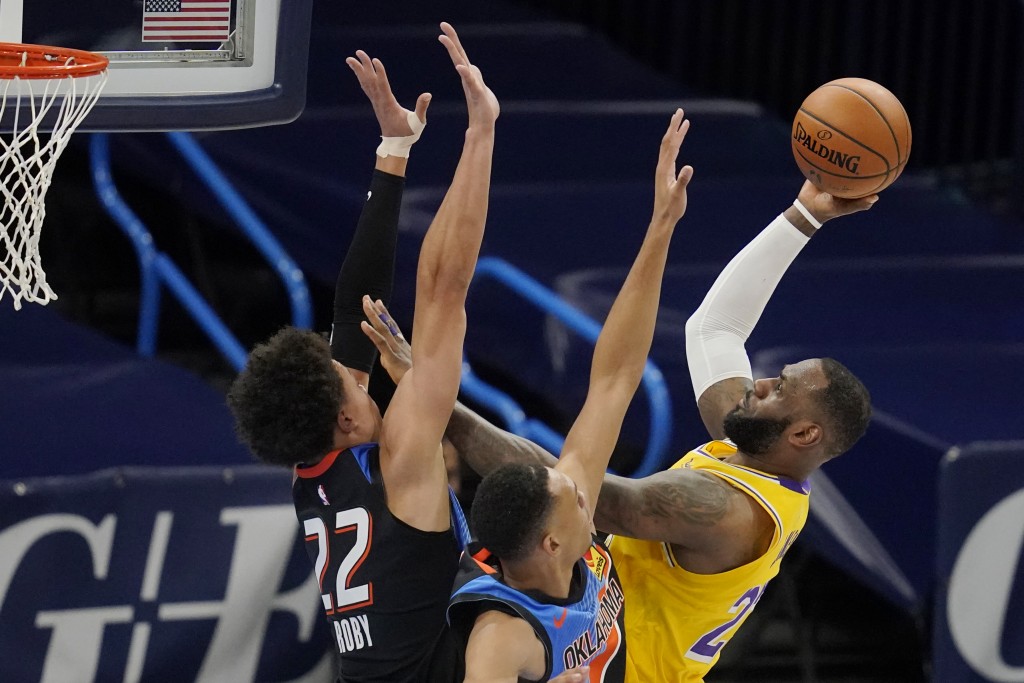 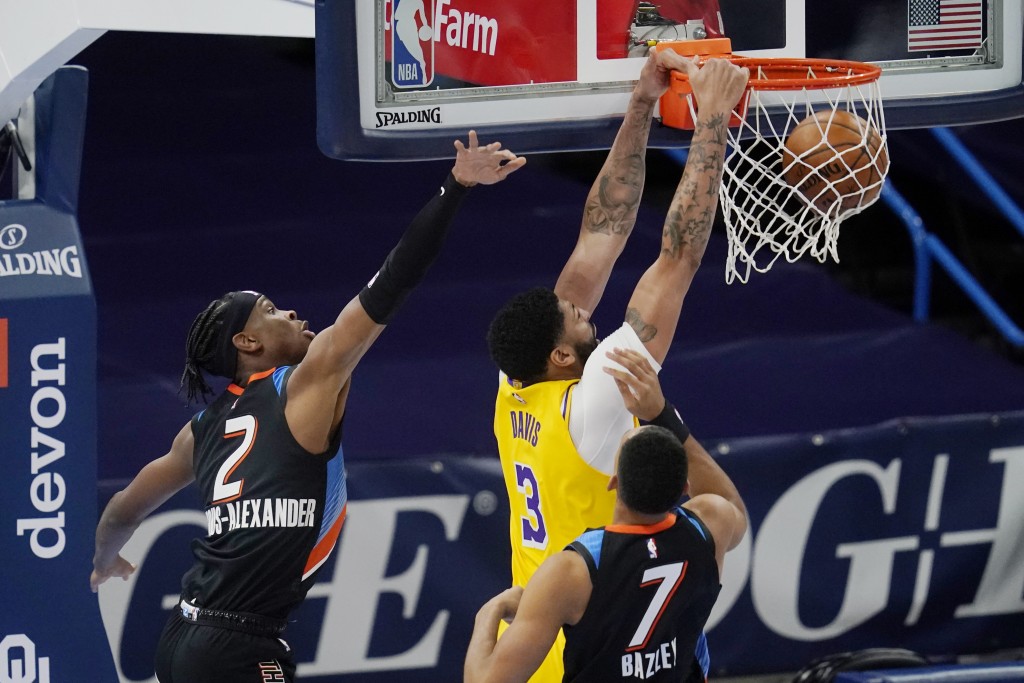 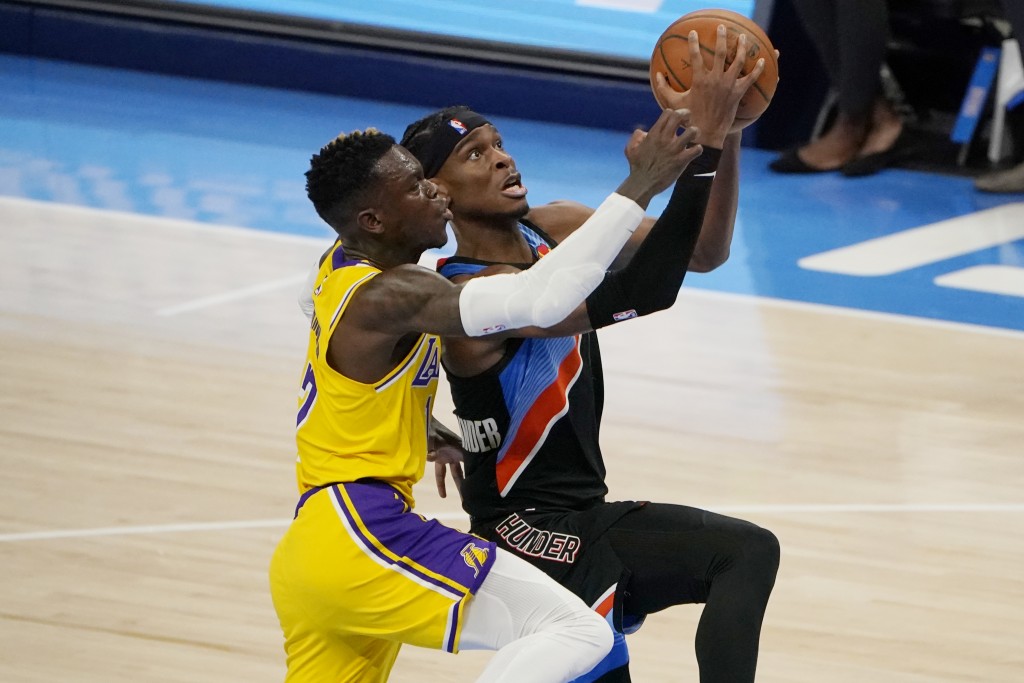 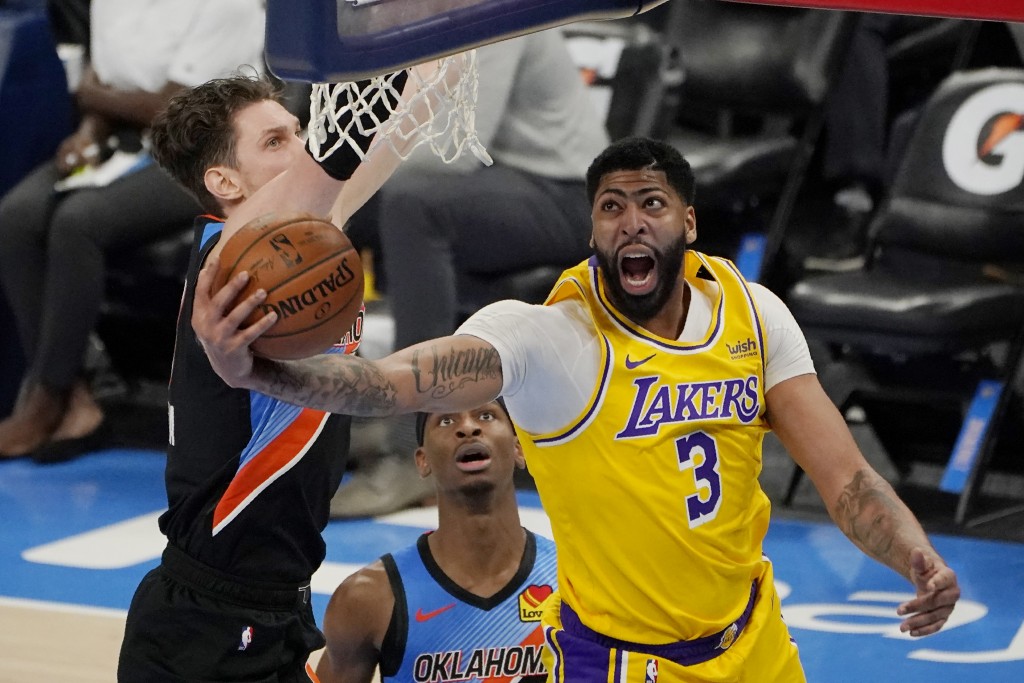 Montrezl Harrell added 21 points, and Anthony Davis had 18 points and seven rebounds. The defending champion Lakers have won four straight to improve to an NBA-best 10-3. They surpassed the 1985-86 squad with the 7-0 road start.

The Lakers led by 24 in the second quarter before the Thunder cut it to 58-46 at halftime. James scored 15 points in the half.

The Lakers’ biggest lead was 31 points in the fourth quarter. The Thunder never led.

Lakers: James extended his streak of games with at least 10 points to 1,008. ... Harrell was called for a technical foul in the third quarter.

Thunder: C Al Horford rested because it was the second game of a back-to-back. ... Second-year C Isaiah Roby got his second start of the season in Horford's place and had 11 points, nine rebounds and four assists. ... Diallo hit a shot from just beyond halfcourt to end the third quarter. ... Rookie F Aleksej Pokusevski scored a season-high 10 points.