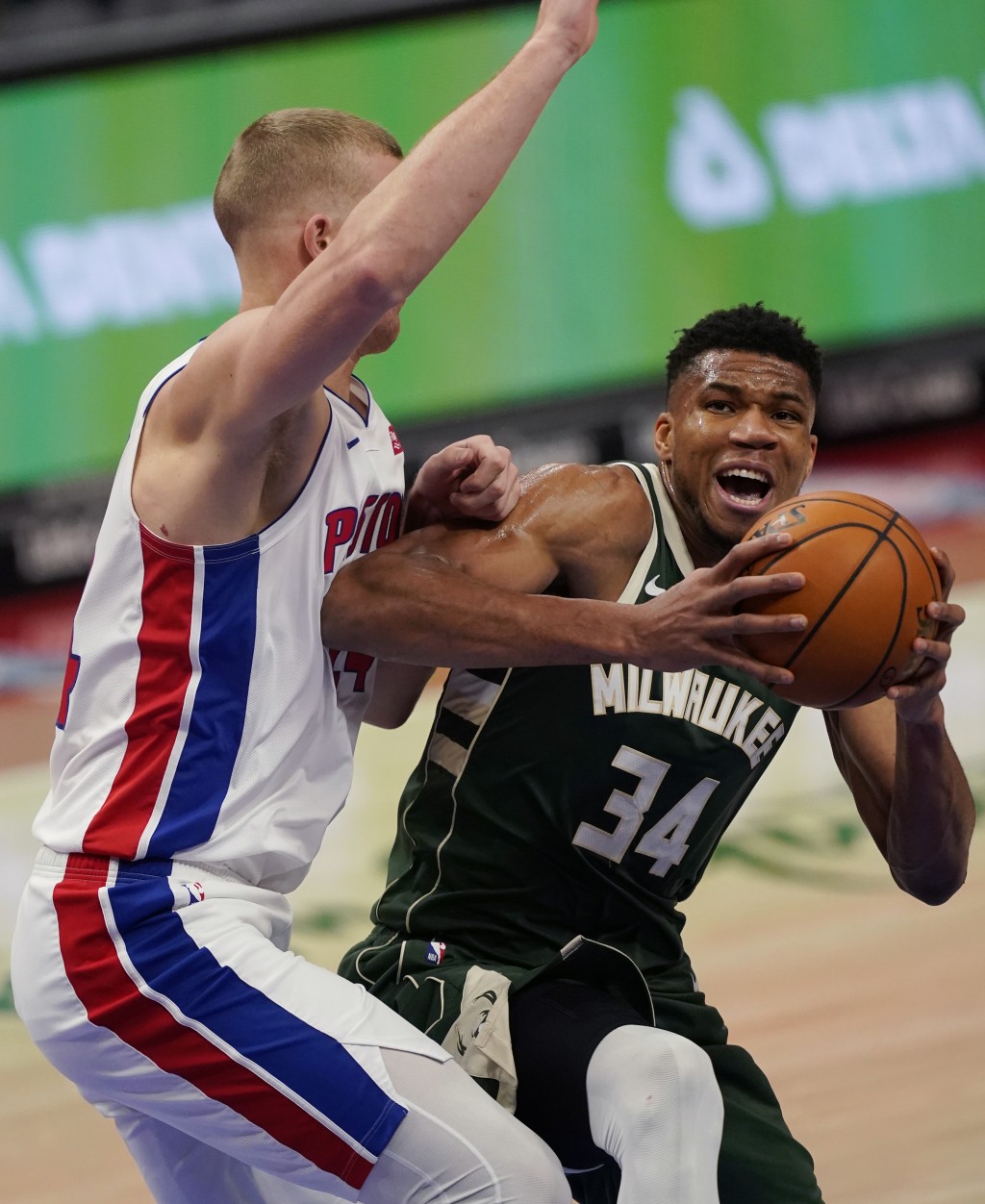 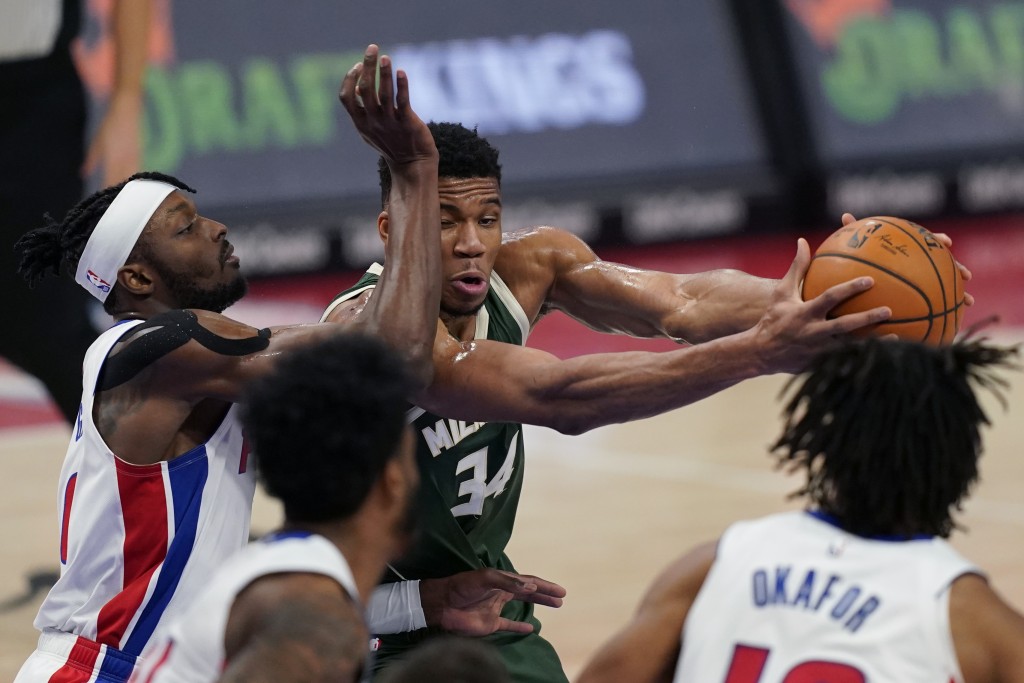 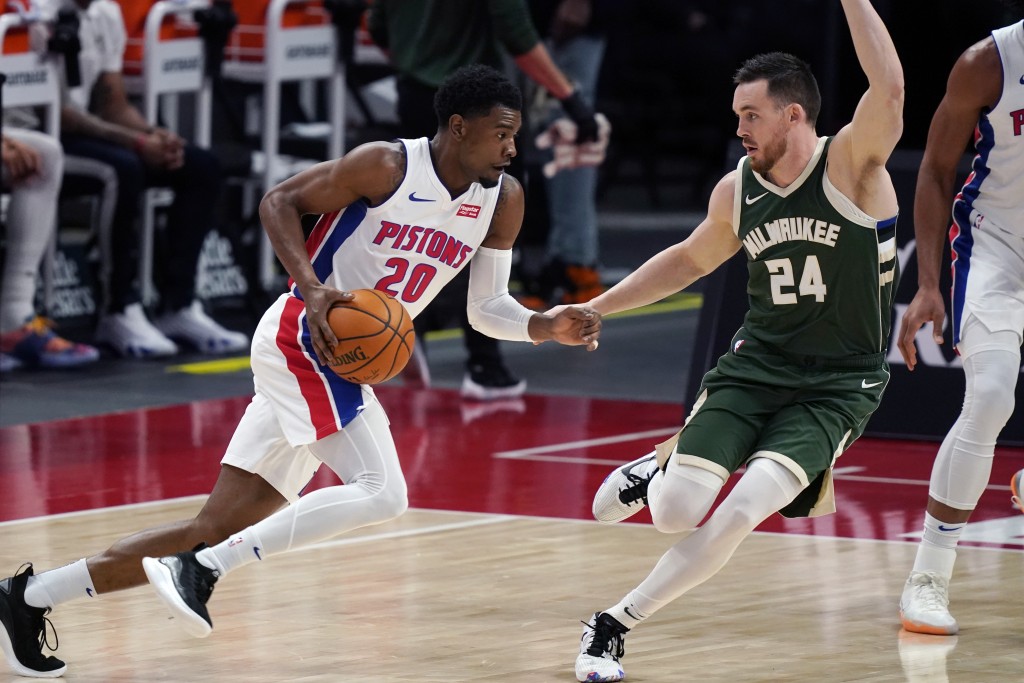 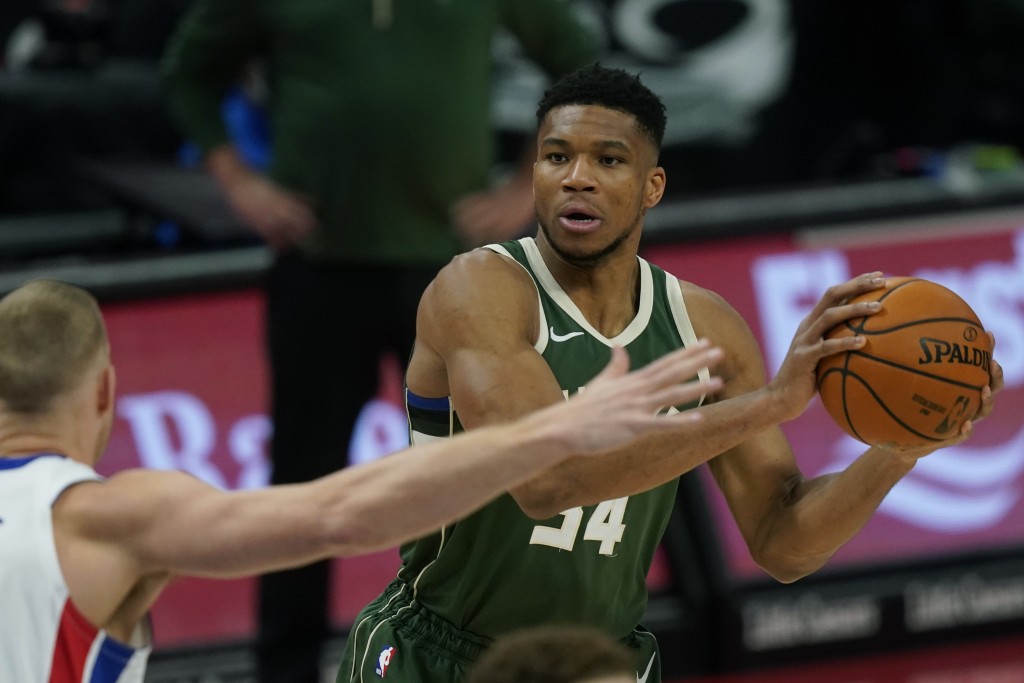 DETROIT (AP) — Giannis Antetokounmpo had 22 points, 10 rebounds and 10 assists, and the Milwaukee Bucks easily beat the Detroit Pistons for the third time this month, 110-101 on Wednesday night.

The Bucks built a commanding early lead with a barrage of 3-pointers. Brook Lopez connected three times from beyond the arc in the first quarter, when the Bucks were 7 of 11 from long distance. Detroit was just 4 of 20 overall in the period and trailed 27-13 after one.

That pattern continued through much of the second quarter. At one point, Milwaukee led 52-29 and had more 3-pointers (11) than Detroit had field goals (9).

The Pistons cut the deficit to 11 at halftime but never seemed like a serious threat to overtake Milwaukee. Jerami Grant led Detroit with 22 points and Svi Mykhailiuk added 18.

It was the 20th career triple-double for Antetokounmpo. Jrue Holiday added 21 points for the Bucks.

Bucks: Milwaukee has won three straight and six of seven. ... The Bucks finished 19 of 43 from 3-point range. ... Lopez didn't score after those early 3s. He had nine points and 11 rebounds.

Pistons: Detroit fell to 2-9, but its margins of defeat have remained reasonably respectable. That 15-point loss to Milwaukee was the most lopsided of the season for the Pistons. ... Detroit had a 20-7 advantage in second-chance points.

Pistons: Detroit's game against Washington on Friday night was called off because of contact tracing issues with the Wizards. The Pistons are scheduled to play at Miami on Saturday night.